Picking up on yesterday’s post’s mention at the end of my visit to the Royal Ontario Museum last Saturday, I’m happy to share some photos of the ROM’s vintage toy soldier collection.  The collection was donated by Henry Jackman, billionaire businessman, Chancellor of the University of Toronto, Lt. Governor or Ontario in the 1990s, Honourary Colonel of the Governor General’s Horse Guards, Conservative Party bundler, so a fairly serious chap.  As a child he played with toy soldiers (I imagine his dad bought him a LOT of them) and as an adult he collected them, so if anyone tells you that you’re not a serious adult because you’re a wargamer, say “Pfffftttttt” and refer them to Hal Jackman. 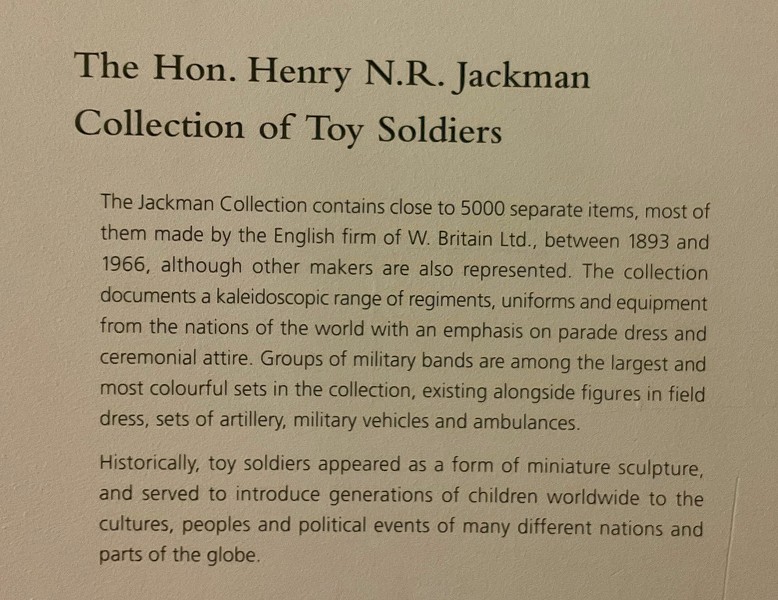 What a lucky fellow I am, that when we got to the ROM, my beautiful wife told me “You gotta come see the toy soldiers”.  Here they are.  Blessed is the fellow whose spouse takes such an interest in his hobbies and passions. 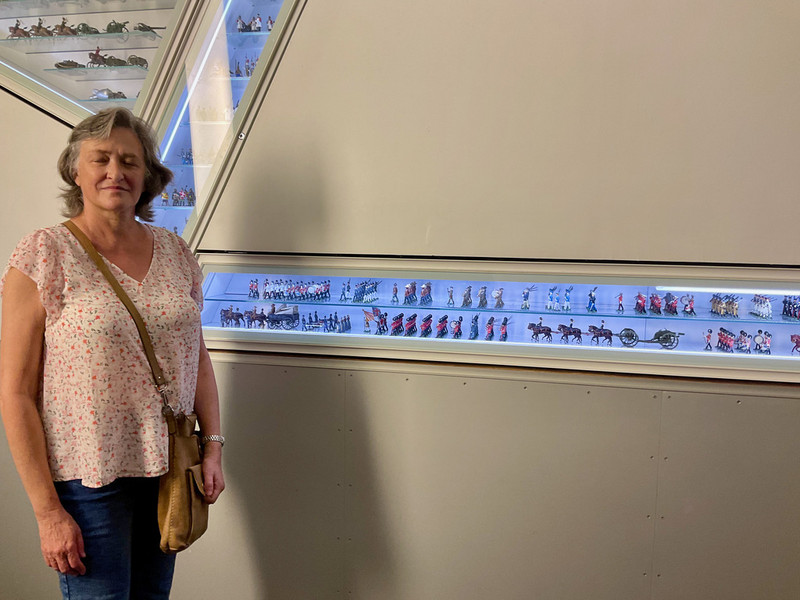 Marching bands from various countries, including fellows in what appear to be sombreros. Even the wounded are allowed to take part in the parade, under the careful scrutiny of the nursing sisters. 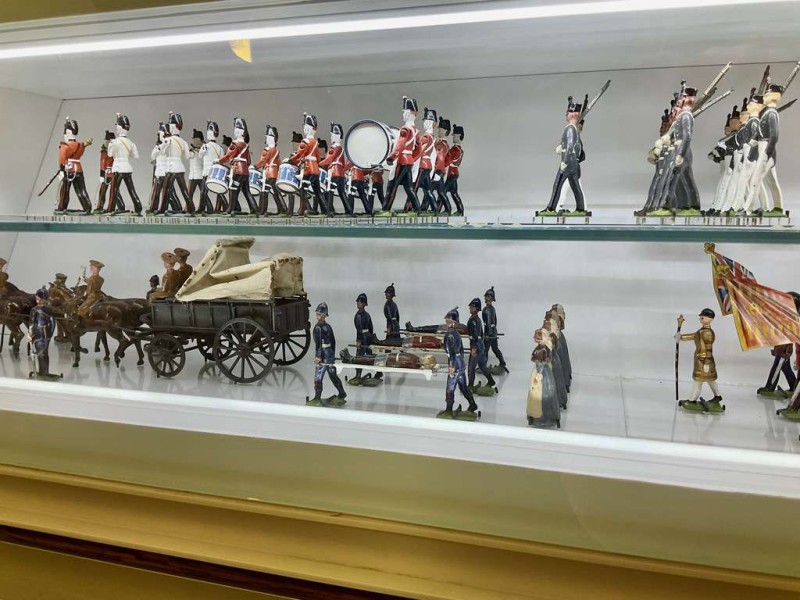 A Salvation Army band played, and the children drank lemonade. 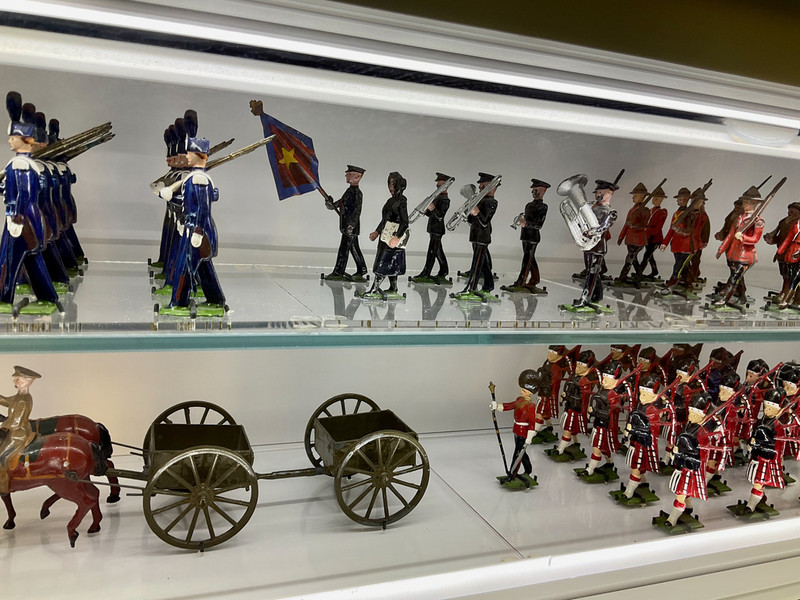 Not really sure what the brontosaurus is doing here.  Possibly the TARDIS is behind those palm trees nearby. 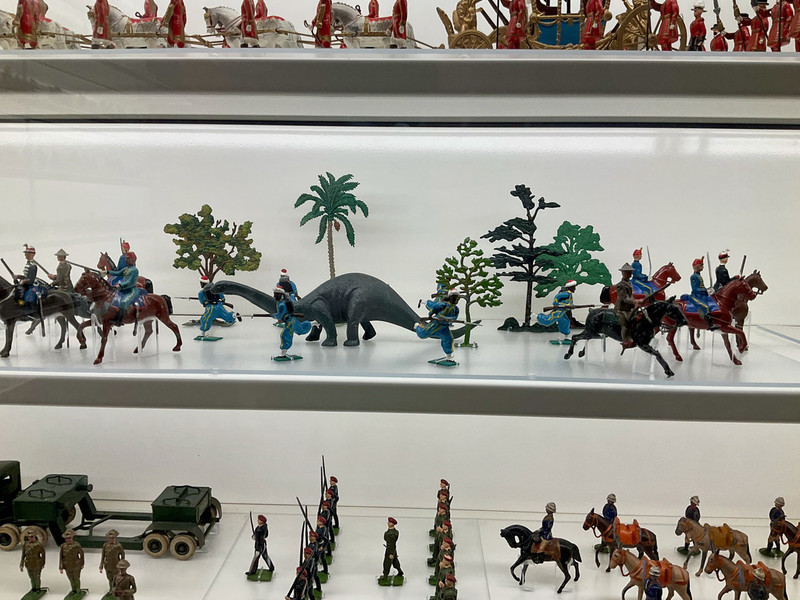 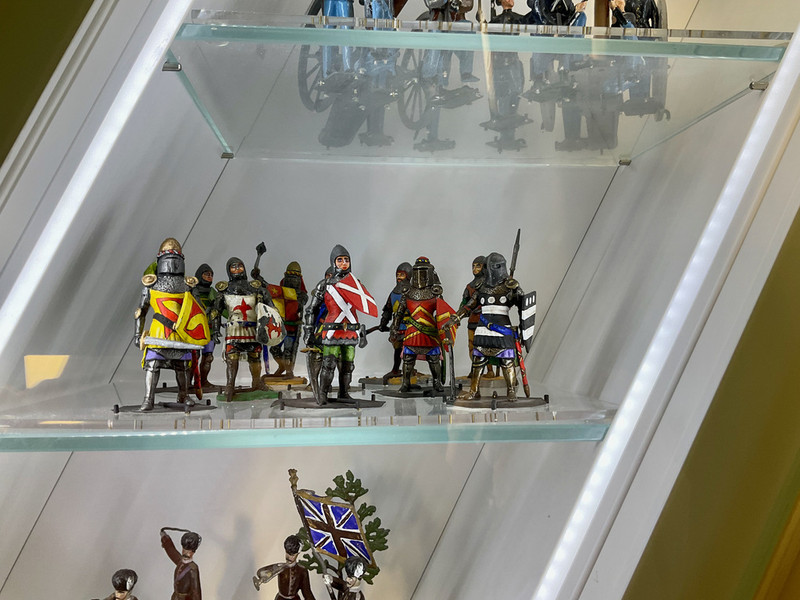 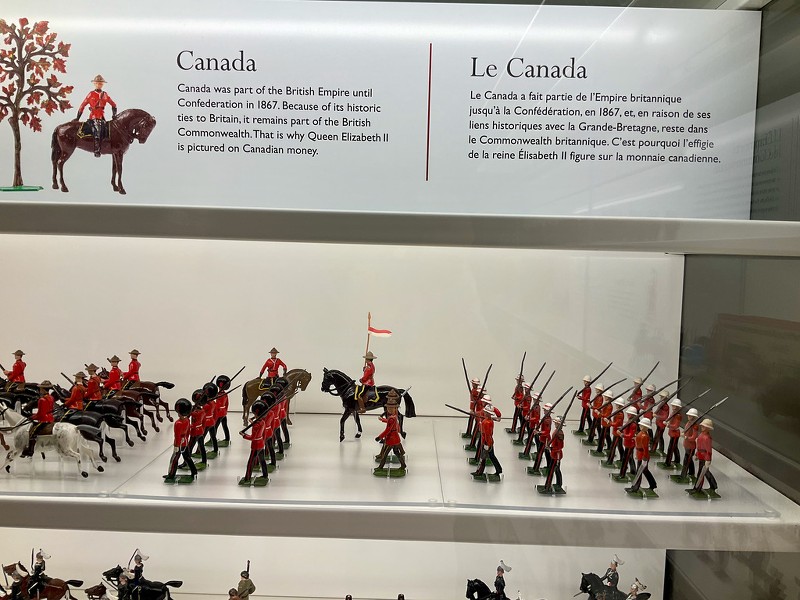 A fine cross-section of modern transport and equipment, including searchlights! I now have a plan for my miniatures collection, as I approach the checkout lane.   I’m sure there’s a world class museum out there that will want the Peterson Toy Soldier Collection.

Cheers and blessings to your travels this summer!