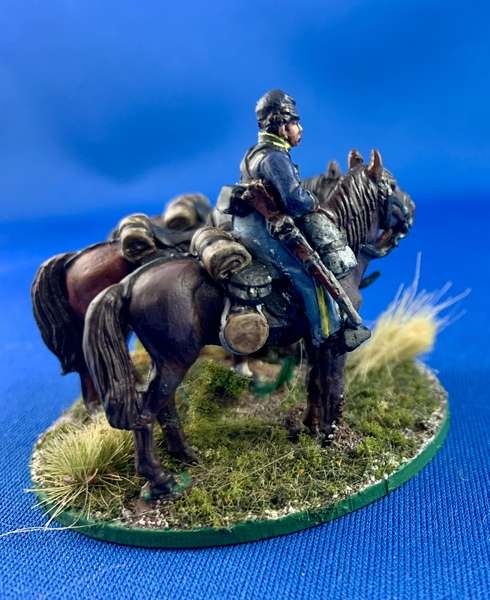 These are the type of figures, like casualties, that might make the more practically minded ask - why?  My answer is that I have enough mounted and dismounted figures to represent a small Union cavalry brigade, so now I can represent where the horses are if the dismounted troops have moved some distance away during the fighting.  Could be an important detail.  Also, I like the aesthetic, they add a bit of a diorama feel to the table. 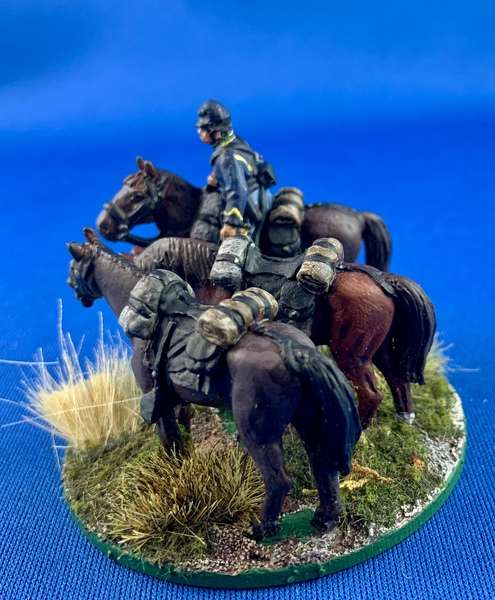 There was a fourth horse figure in the set, but it got misplaced in a small mound of metal horseflesh on a corner of my bench, as I am also currently working on a large unit of Canadian militia horse for my alt-ACW project.  I will find a use for this AWOL nag. 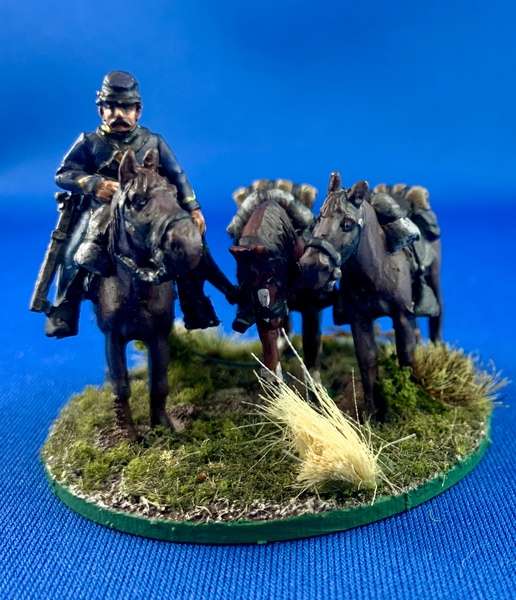 Mounted officer sculpt from the now-defunct French producer, Forgotten and Glorious.  I quite love their ACW line and have some in the painting queue. This fellow was listed as a Union officer, but I need more rebs to serve as command figures in Sharpe Practice, or as Staff Officers in Pickett’s Charge, so he ended up in gray. 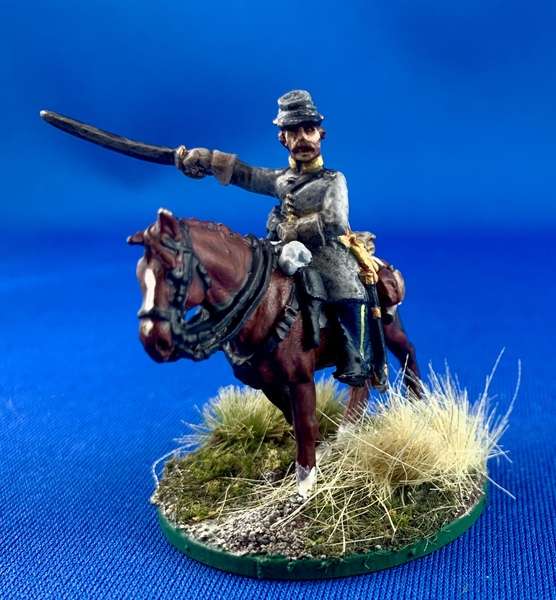 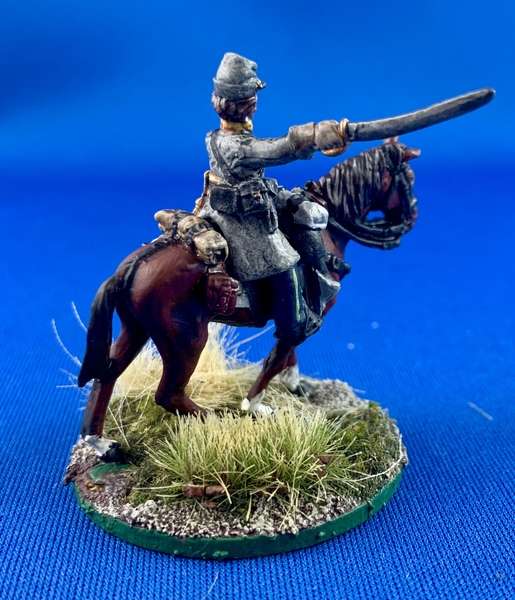