Revisiting my never-ending Lord of the Rings interest here and a brief return to Rohan, where housing starts are up. 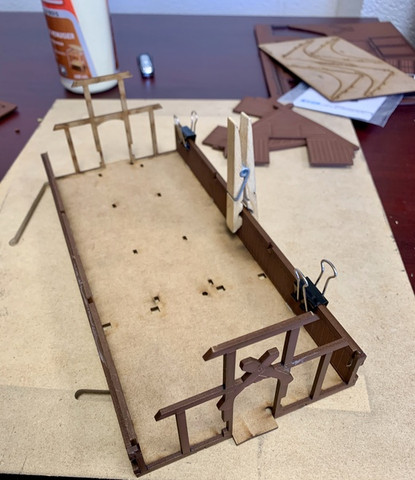 This is the 4Ground Viking Trader’s Shop which will make a splendid addition to the Rohan village I have been working on for the last few years.  I suspect it will attract some Uruk-Has raiders in search of plunder, and will need to be stoutly defended.  And I know just the chaps for the job.

Also on the painting bench are some aspiring Riders of Rohan.   These are Goth Heavy Cavalry from Footsore Miniatures. 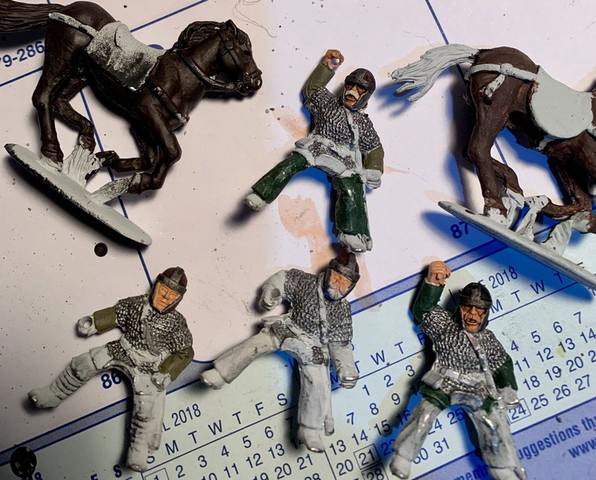 Pros:  The figures are metal, and so are the horses, so I won’t have the problem I have with the blasted Games Workshop plastic horses breaking off at the legs when clumsily handled on the table.  Also, they look suitably Rohanish with their long hair, beards and moustaches, and generally simple accoutrements.   They don’t match perfectly with the GW Riders figures, but I have long since decided to build LOTR forces with figures from whatever range I please, so nyah boo to you, GW.

Cons:  These figures came with a  considerable amount of flash, which involved laborious scraping and filing of men and horses.  Also, while they came with round shields (not shown), I forgot to order weapons, so I ordered a pack of javelins from Northstar.   Also their gripping hands were solid, so I had to carefully drill them out so the javelins will fit.  Finally, they don’t have capes or bows, as the GW Rider models all do, and while I could model them with green stuff, I’m not currently so inclined, so they will serve the Riddermark as they are.

Bottom line:  while I was quite excited to order some Footsore minis, and will no doubt order more, I give these figures between a B+ and an A- at best. 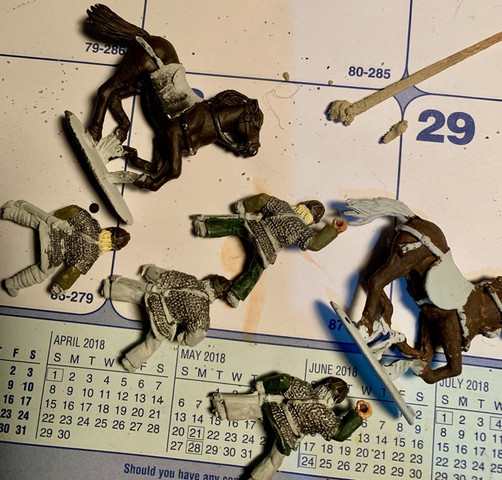 I have a quiet weekend ahead, so I am hoping to get a push on and ride these fellows off the table soon.