I love starting new projects, and always have too many on the go, but sometimes it’s good to revisit some older figures that just need some love.  This weekend, while Joy was in the states visiting her daughter and granddaughter, I had the place to myself and found that what I got done wasn’t at all what I had thought I would do.

Here are some GW LOTR plastic orcs that a friend gave me - he found a bag of about 30 figures, very roughly painted, jumbled in a zip-lock bag.   I had my doubts about remediating the paintwork, but I pulled out a handful and decided to see what I could do with them.   I’d say I repainted about half of each figure and tried to give them scary-face shields, though I think my surrogate granddaughter could have done scarier faces.

I liked how these fellows turned out - they fit nicely into my growing evil LOTR models.  I will probably salvage handful in the near future.

Also underway is a significant basing project for my Isengard collection.   About ten years ago, when my son was a teen and living with me, we played a LOT of the original GW LOTR Strategy Battle Game.   To get some figures on the table quickly I cut a lot of corners, such as leaving the bases still in their original black undercoat and nothing more.  Currently I have about 30 of these figures in the basing shop, and a few of them marched out ready for action this weekend, including this Uruk-Hai captain. 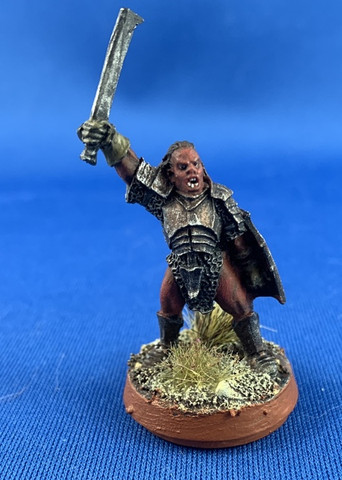 These 6 Uruk-Hai crossbowmen were only 60% painted, and required a fair bit of brushwork to get them ready.   Repainted and with some proper basing, they look ok.   I would like to get a full unit of 12, but they were pricey buggers ten years ago back when GW sold LOTR metal models in blisters of 3.  Perhaps I can find some more on Ebay or the like.  In Dragon Rampant terms, I would rate these as heavy missiles.

Between the stray basing material and my cat deciding that the light box makes a good place for a nap, these pictures are rather messy.

I did also finish painting some new figures and got them based.  These are 8 orc arches from Vendel miniatures.   My friend James and I are very fond of the Vendel fantasy range, and there are some great examples on his blog.  They’re fairly simple figures but they have a pleasing, old-school look and feel to them with tons of facial expression. 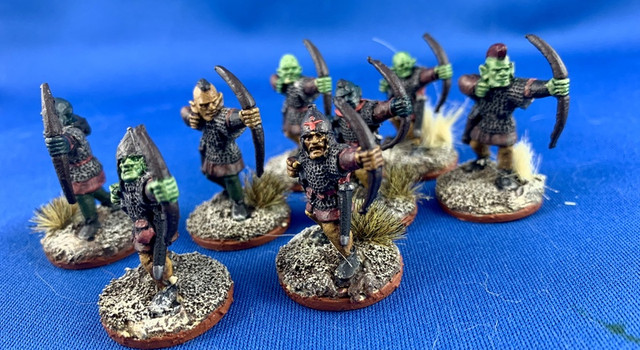 The Vendel moulds got sold recently so all this range is sadly OOP at the moment.  When I was at Hot Lead this March, I was talking to an American fellow who knew the chap who bought the moulds, so I have hopes that they will be back in production soon. 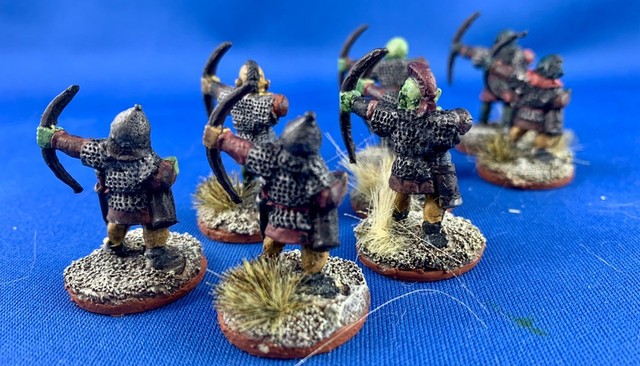 I only have 8 of these archers, so I decided when I was ordering some bits from North Star recently, that I would splash out on a box of their Oathmark goblins, to see if I could build this unit up a bit. 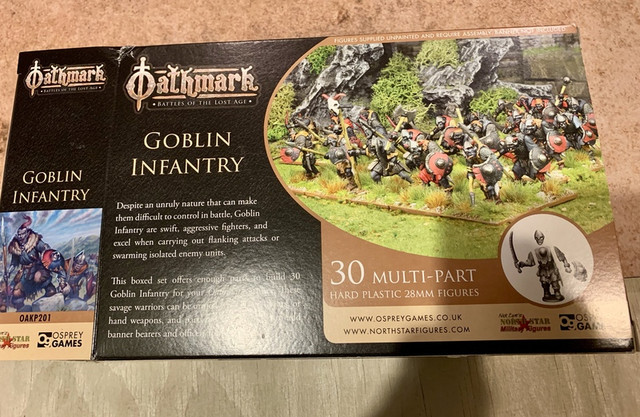 Each sprue comes with five torsos that can be built out in several ways.  I decided to build four of them as archers.   They have a hunched, furtive look, making them look sneaky and fierce, but they look suitably Mordor-ish.   It took me about ten minutes to assemble five figures, with a minimum of hacking and cutting.

Side by side comparison with the Vendel figures.   I think they’ll work together. 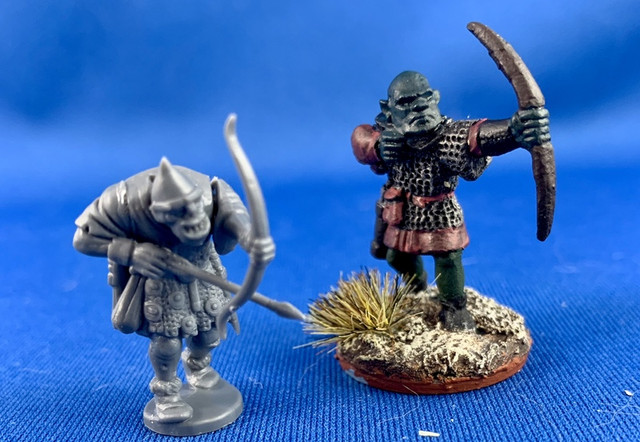 ‘So a mixed bag of thoroughly bad hats, with a variety of worthwhile ways to use spare time - painting, salvaging, basing, cutting and gluing.   I’m pleased with the results, though I had better get some reinforcements for Rohan and Gondor into the field soon.   And speaking of the field … I should use these figures in a game - what a crazy thought!