Rocks and the Road: Scenes from a Wargamer's Marriage

There has been precious little painting these last few weeks. A second language course at work has kept me busy, and when I’m not doing French homework I have been helping Madame Padre with a significant garden project.

Since January it has been a joy to see Mdme P slowly bounce back from the chemotherapy she finished just before Christmas.   Her hair has been slowly returning, and while it’s not growing as quickly as she would like, she looks like a salt and pepper version of Audrey Hepburn in A Star is Born, which works for me.   Since January she has had two blood tests, both of which were very encouraging as they suggested that the chemo had worked and the cancer was pretty much suppressed.   I can tell she’s feeling better, as her energy levels are returning and she has big plans for gardening.

Among the plans was a new garden for our front yard.  I was first thinking we would dig a little bit out of the lawn  and pop in a shrub or two, but no, Madame has been plotting on graph paper for some months and had a proper geometric garden bed in mind.  Since I have to be away from home for three weeks starting yesterday, that meant I was digging like crazy to do the heavy lifting for her before I had to go, as there are plants on order that need homes.   Here is what we got done, two long sections about 18’ each, and a shorter section of about 10’ connecting them.  Notice our crappy lawn, which needs a lot of TLC. 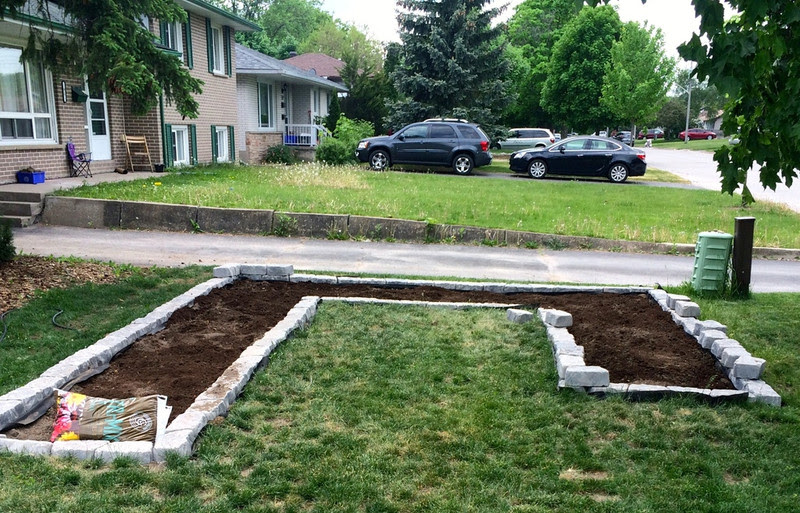 There is still topsoil to add, and a second row of bricks to bring the walls up to two bricks all around, but Madame chased me away on Sunday, assuring me that she could move and lay the remaining bricks, one or two at a time.  It will be good therapy for me, she said, in a tone that brooked no debate.  I look forward to returning around June 20 to see the garden with the plants she has selected.  Dirt to Mdme P is like a clean canvas to an artist. 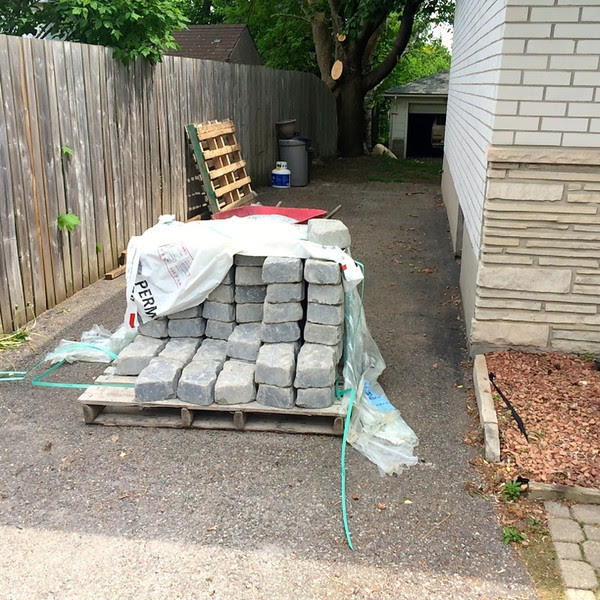 All these bricks got me thinking that I could reenact a pretty large-scale siege of Gondor on the front lawn.   I suggested that idea to Madame Padre and she rolled her eyes.   Go, she said.  I left. 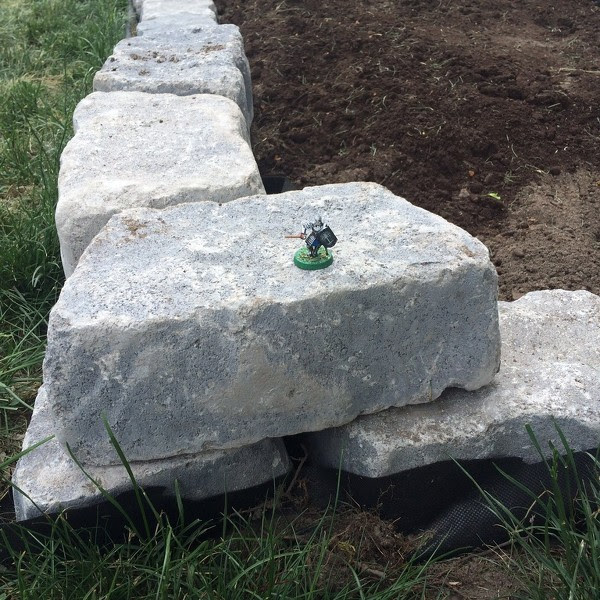 I have taken some painting projects with me, and hope to get some hobby time in over the next few weeks.  We shall see.

This week I am at the annual retreat of the Royal Canadian Chaplain Service in Cornwall, Ontario.  There are some younger padres here who are ardent geeks and gamers.  Tonight they introduced me to a card game called Codenames, which I found quite clever.  Played between teams of two, it’s a word association game that is great fun, sort of a verbal equivalent of Pictionary, where a one word clue will hopefully inspire your partner to identify word patterns in the cards displayed on the table.  Highly recommended.