The Fall Turn of 1906, the twelfth turn of our PBB Diplomacy Game, saw the knives come out as Turkey deftly carved its erstwhile ally, Austria, in half.   While Austria’s new alliance with Germany became apparent on the Warsaw front, the rest of Austria’s forces, committed to Italy, were out of position and unable to prevent Budapest and Trieste from falling.   How much of Austria survives the coming year remains to be seen.

Italy gained a reprieve as it celebrates its new status as a Turkish client state. The ghostly remnant of the Royal Navy haunts the North Sea, now a German lake, but the Turkish seizure of Portugal reduces England to one SC and one unit in the coming turn.

The score at present sees Germany leading with 14 of the 18 Supply Centres required to win,  However, Turkey is close behind with 12, and the endgame looks like a tight race between the two super powers with their respective vassals, who may be used either as battlefield enablers or as protein shakes depending on when their masters need to bulk up. 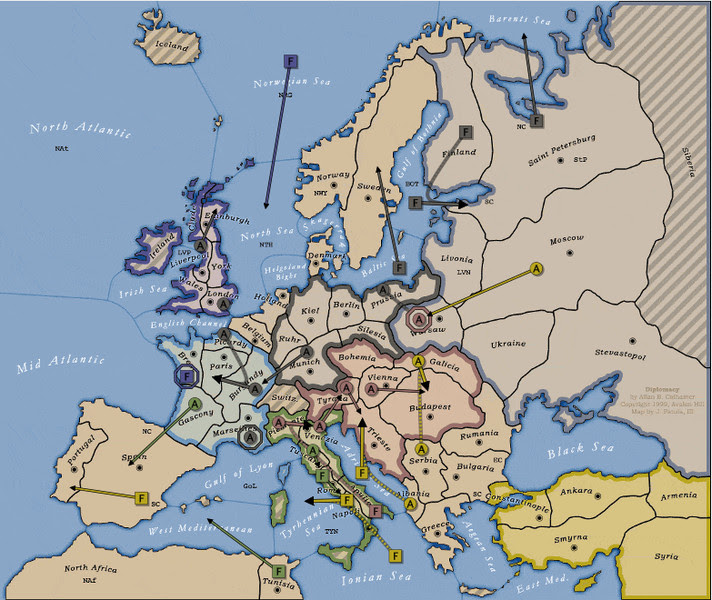 Supply centers were lost. Units that must be removed: 3.

Supply centers were lost. Units that must be removed: 1.

Supply centers were gained. Units that may be built: 3.


No order for unit at London. Hold order assigned.

Supply centers were gained. Units that may be built: 3. 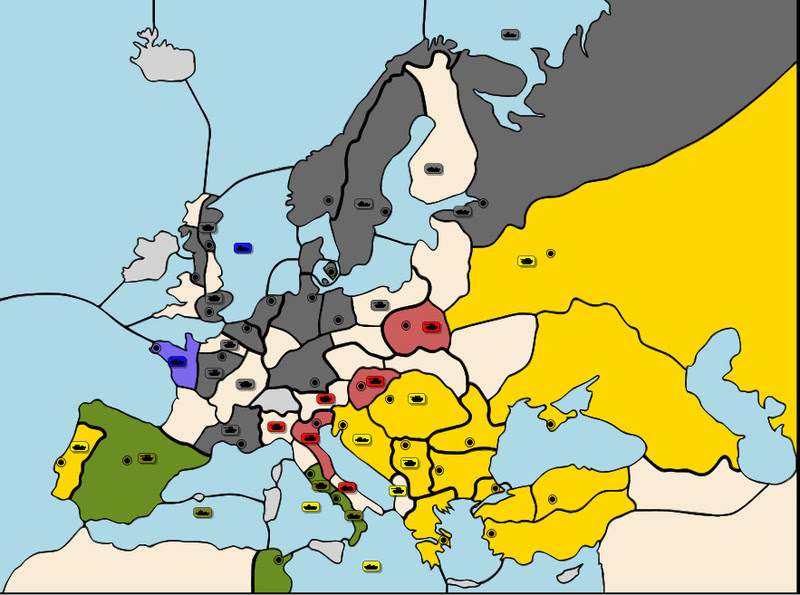 England: 1 supply center is, 2 units. 1 unit must be removed.

France: No supply centers are, No units. No units to build or remove.

Italy: 4 supply centers, 4 units. No units to build or remove.

Russia: No supply centers are, No units. No units to build or remove.

Builds and adjustments for the end of 1906.  Germany builds three armies, Turkey hedges its bets between land and sea, while Austria’s military is cut in half.  With the fall of Portugal, the British fleet in Brest scuttles itself, and rumour has it that the last ships in the North Sea, loaded with the Crown Jewels, may make a run for Canada. 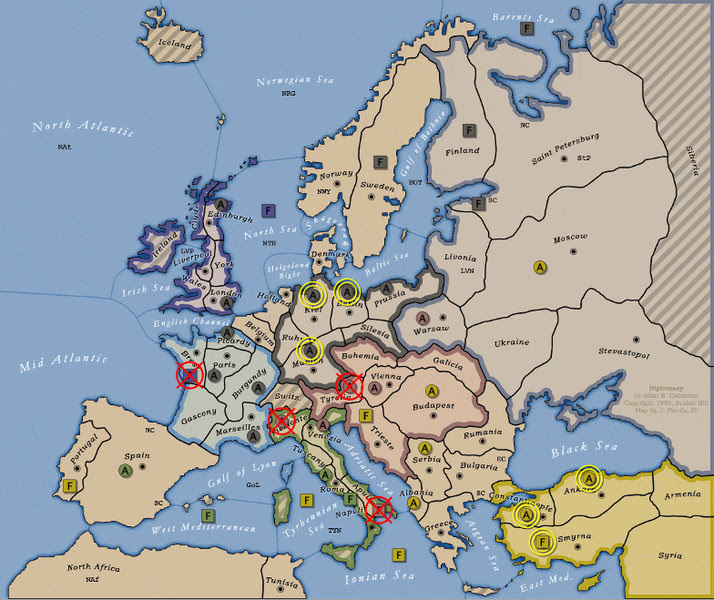