The 28mm Union cannon and artillerists seen last in my Saturday workbench post are now done. 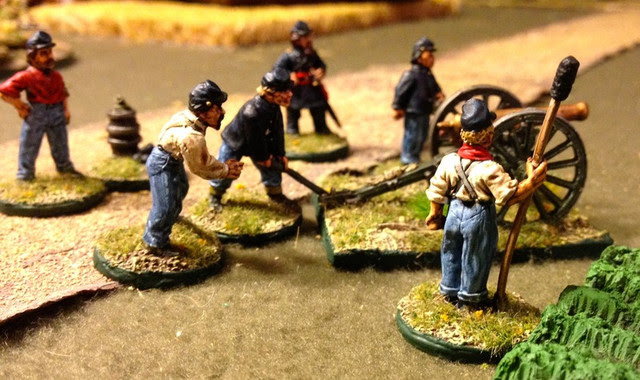 The artillerists are Perry Brothers sculpts done when they worked for Foundry.   I confess I am very partial to the Foundry ACW line of figures.  The artillerists are from Foundry pack CWA2 Artillery Crew Aiming Gun.  I should have purchased a second cannon, since there are enough figures to respectably crew two pieces in any scale bigger than Skirmish/1 to 1.

So far my ACW Union collection just has Parrott guns, so I decided I’d give the Yanks a 12pder Napoleon.  I drilled out the barrel a little ways with a pin vice and then blobbed in some black paint.  Don’t know why I didn’t think of that doing that for my previous guns. I like the goatee on the gun chief, it gives him a competent and slightly swashbuckling air.  Pity my iPhone wasn’t up to the job, as I am quite chuffed with the faces on these two chaps. 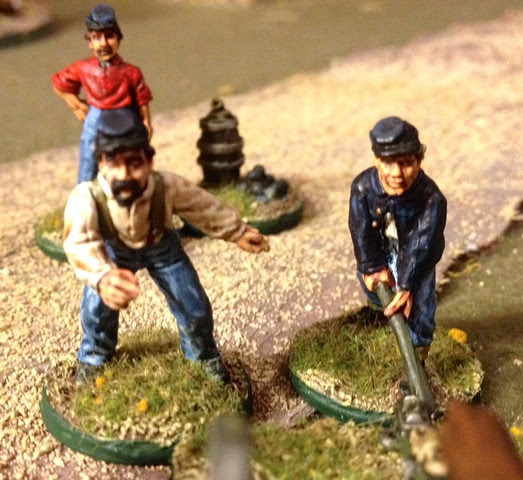 After this picture I took some black Tamiya pigment and rubbed it on the shaft of the rammer/sponge, to make it look properly used and grotty. 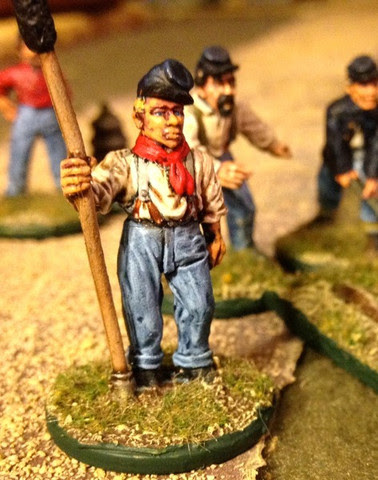 Battery commander observing the fall of shot.  He looks like he’s saying “Come and get some, Johnny!"