One of my objectives this year has been to double down on my half-finished and unpainted ACW figures, and I am promising myself a test-drive of the Sam Mustafa Longstreet rules if I can get some more guys on the table.   Here is one project ticked off the list, the 88th New York, a collection of 28mm Redoubt figures, infantry in shell jackets.  It’s only taken me two years to finish them.  The flags are bespoke 88th NY flags from GMB.  GMB has been my go-to place for flags got a long time, though I have to say, I like what I’ve seen from a US shop, The Flag Dude.  I am retrofitting my SYW Russian army with his kit.   The split-rail fencing was kindly made for me by my friend Mike Barratt, one of the Rabbitmen in the Basement crowd. 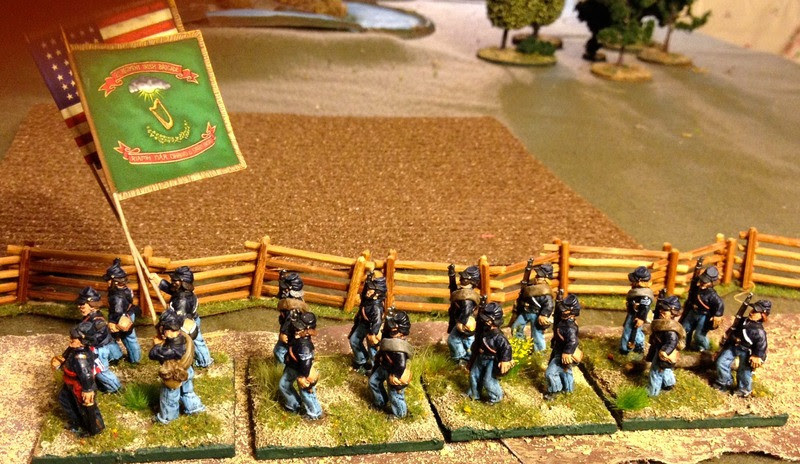 The officer was a bit of a challenge as I think the sculptor intended him to be a reb, since there was braid on his sleeves and on the top of his kepi that had to be filed off before painting. 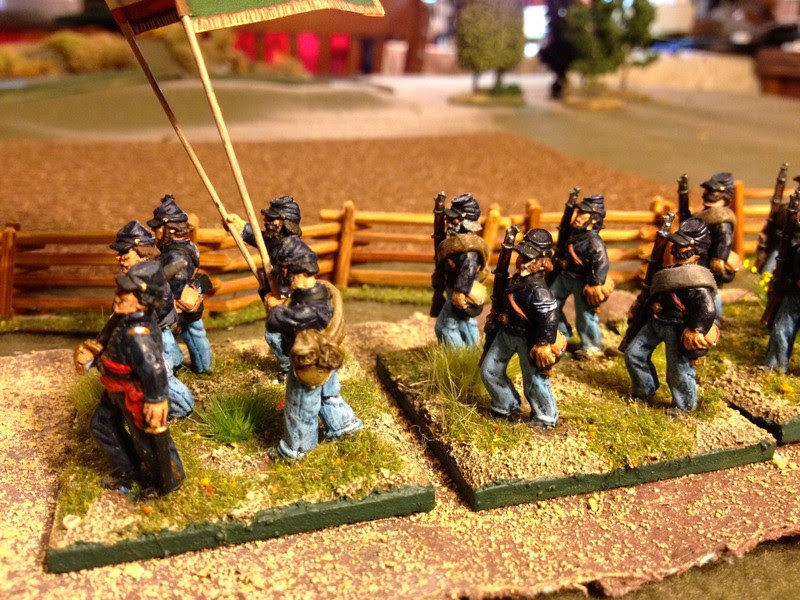 Since I had an early war feel in mind for them, I gave some of them the red leather canteen straps that were issued early in the war, and then a few the white canvas straps that became common later on,  just to add a small note of variety.  Likewise, I gave most of them the standard brown army blanket (painted with Vallejo English Uniform) but a few got gray blankets, again, just for the variety. 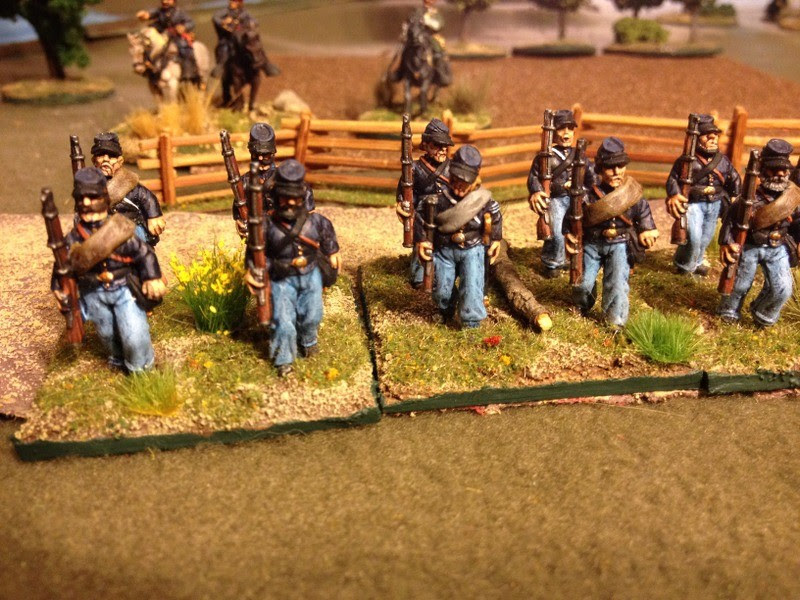 Madame Padre looked at them and said “They look like they’re wearing blue jeans”.  Maybe I overdid the light dry brushing a bit?   More on that in a later post on painting Union troops.   I am reasonable happy with the final look on the faces and with the suggestion of woodgrain on the rifles. 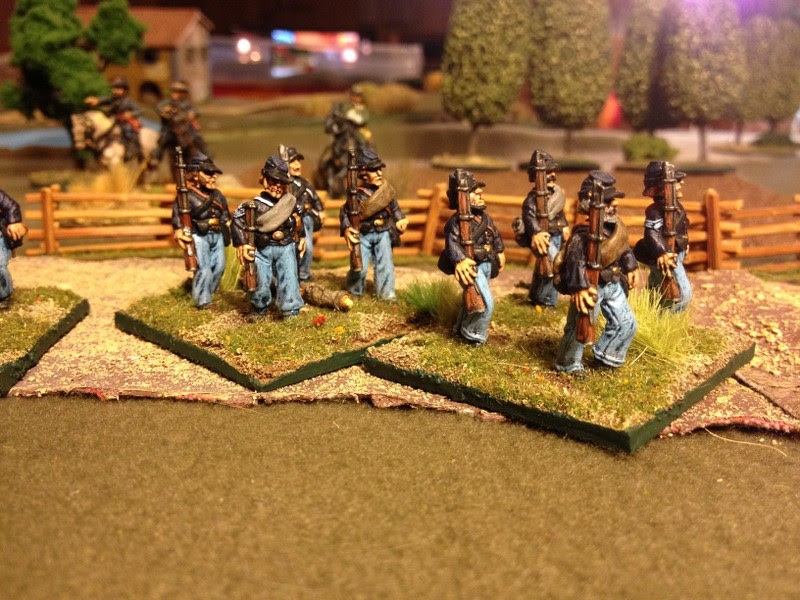 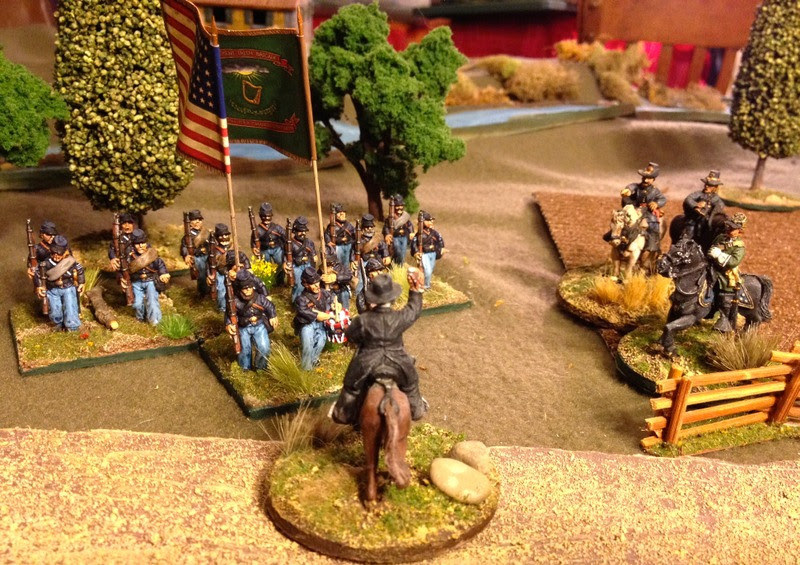 Now that they are mustered into service, they needed their standards blessed by the Brigade chaplain, Father Corby, while Col. Meagher and the Division commander look on (the mounted figures are also all Redoubt minis).  I suppose, since I am a priest, I could have blessed them, but that seemed not only inappropriate but potentially unfair to my gaming friends.  Besides, that’s what the Father Corby mini is for.  The men know him and like him.

The 69th, followed by the 88th, on a route march.  After I looked at that photo, I noticed how jarring it was that some of the bases were not edged in green paint, so I’ve fixed that and they should fight better because of it. Now that I have two regiments of the Irish Brigade done, I am starting to think of a third.     Does anyone have any suggestions as to what options I would have in this scale besides buying more Redoubt figures (not that I don’t like Redoubt, I just like some variety)?   I am thinking I should look at Sash and Sabre but I’m happy to take your suggestions.