School work really beat me up in a dark alley this week, but I have a few moments today to post pictures of the four 15mm panzers I’ve recently finished.  Tonight they are in action on my games table (except for the Tiger) and none of them have blown up yet. 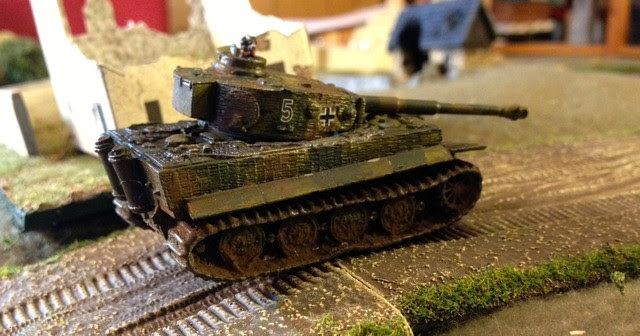 Battlefront 15mm Tiger Mk 1 driving over some Battlefront resin roads - which explains where those resin tank tracks came from.  The lighting here is rather dreadful, but hopefully its sufficient to show my attempt at using  pigment pigment to show mud gathered on the road wheels and lower tracks.  Hmmm, that turret doesn’t look like it’s seated properly.  :( 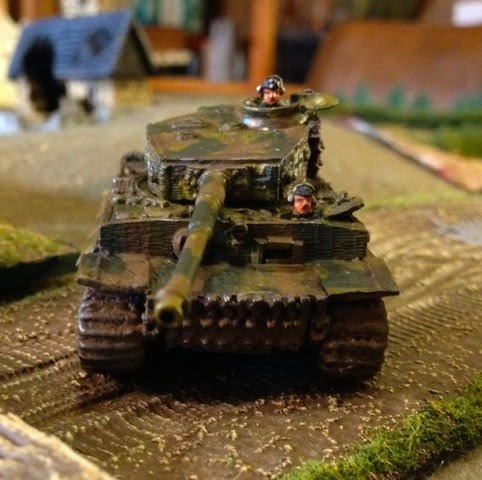 The Tiger crew takes a selfie.   Obviously this wouldn’t do for combat to have the driver’s head sticking out, but I liked the look of it.  These pictures don’t really show it, but I used a little Vallejo Armour Aces Rust and did some chipping around the seams and edges, though for 15mm scale this effort borders on work wasted. 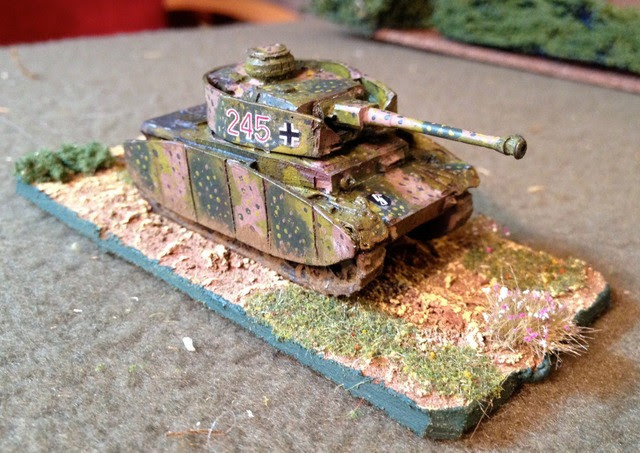 Pz MkIV in the livery of 12th SS HJ Division.   I am not a Nazi fanboy but my late war collection focus on the first days of the Normandy campaign.  The numerals on the turret skirting are from Dom Skelton, the 12thSS and German cross decals are from a BF set.  The model itself is a resin model from Gaming Models, which make decent and inexpensive product.  Slightly smaller than Battlefront stuff, but not noticeably so.  With the advent of Plastic Soldier Company, I’m not sure if Gaming Models are as much of a bargain as they used to be, but they don’t have to be assembled and they do a lot of stuff that PSC hasn’t got to yet. 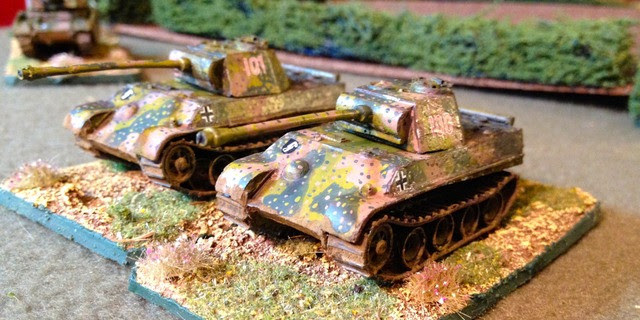 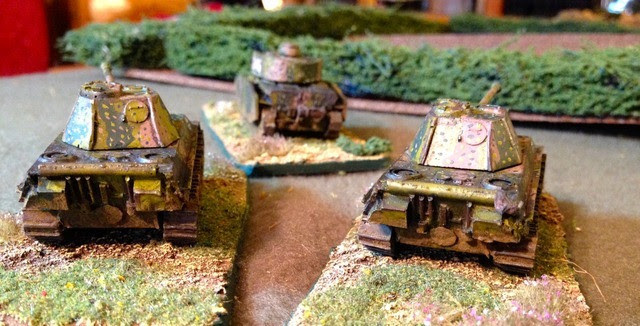 Cats always have a way of showing you their butts, with more pigment. 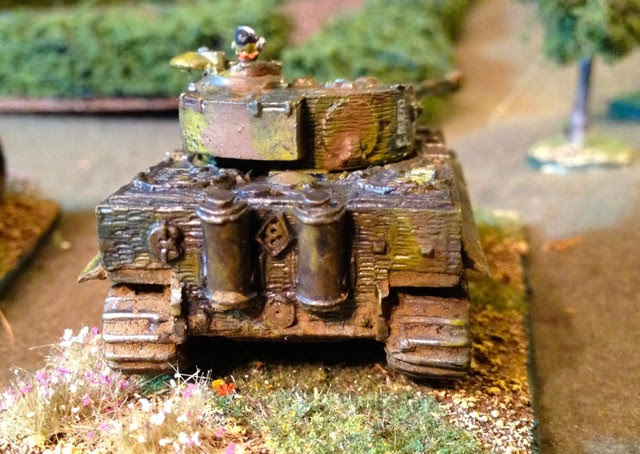 “Look Kelly, a Tiger has only one weak point, that’s it’s ass." 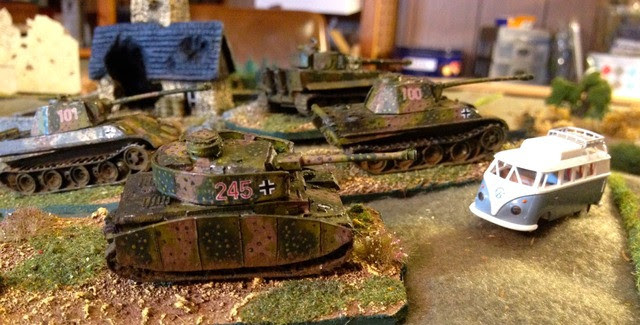 These figures bring my totals completed this year to: