Canadian History - So Not Boring

After my last post here on a wargame which turned out NOT to be the battle of Ridgeway but a post Ridgeway what if (I shouldn't fall asleep in O Groups), I received a charming email from a reader of this blog who told me that he too used to think Canadian history was rather dull.  However, the reader told me that he discovered some information on the Battle of the Plains of Abraham which made him rethink his position.  Apparently the French army was thinking more of the local ladies than the security of the position, which is always a fatal mistake.

To provide more evidence that the Plains of Abraham, like the rest of Canadian history, is not boring, I offer this cartoon from Kate Beaton.   I referred to Ms. Beaton in my last post, and she is to my mind the Official Muse of Canadian History, or at least one of its foremost practitioners.   In fact, I urge you all to go out and buy her book of cartoons, Hark A Vagrant!, from Amazon. 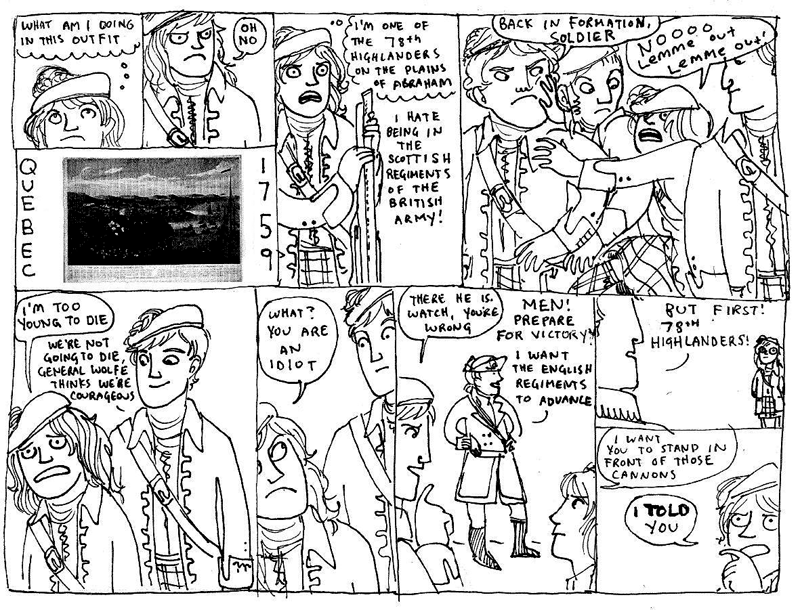 Did you like the cartoon?  Good.  Then be a good chap and go buy her book.