As valued readers of this blog will know, I announced a contest exactly a month ago when this blog hit two milestones: 100 followers AND 100,000 page views. As I described it, the contest was as follows:

Write a poem (free verse, rhyming couplets, haiku, sonnet, limerick, rap) about something you've seen or read about anywhere in this blog. If you're shy, you can simply email it to me at madpadre atsymbol gmail dot com. If you're bold, you can show your creativity for all to see as a comment to this post. You have until Sunday, 2 March, to come up with something. Since not all poets are created equally, I will choose the three entries at random. In order of their selection, the first, second and third winners will get to choose one of these miniatures. 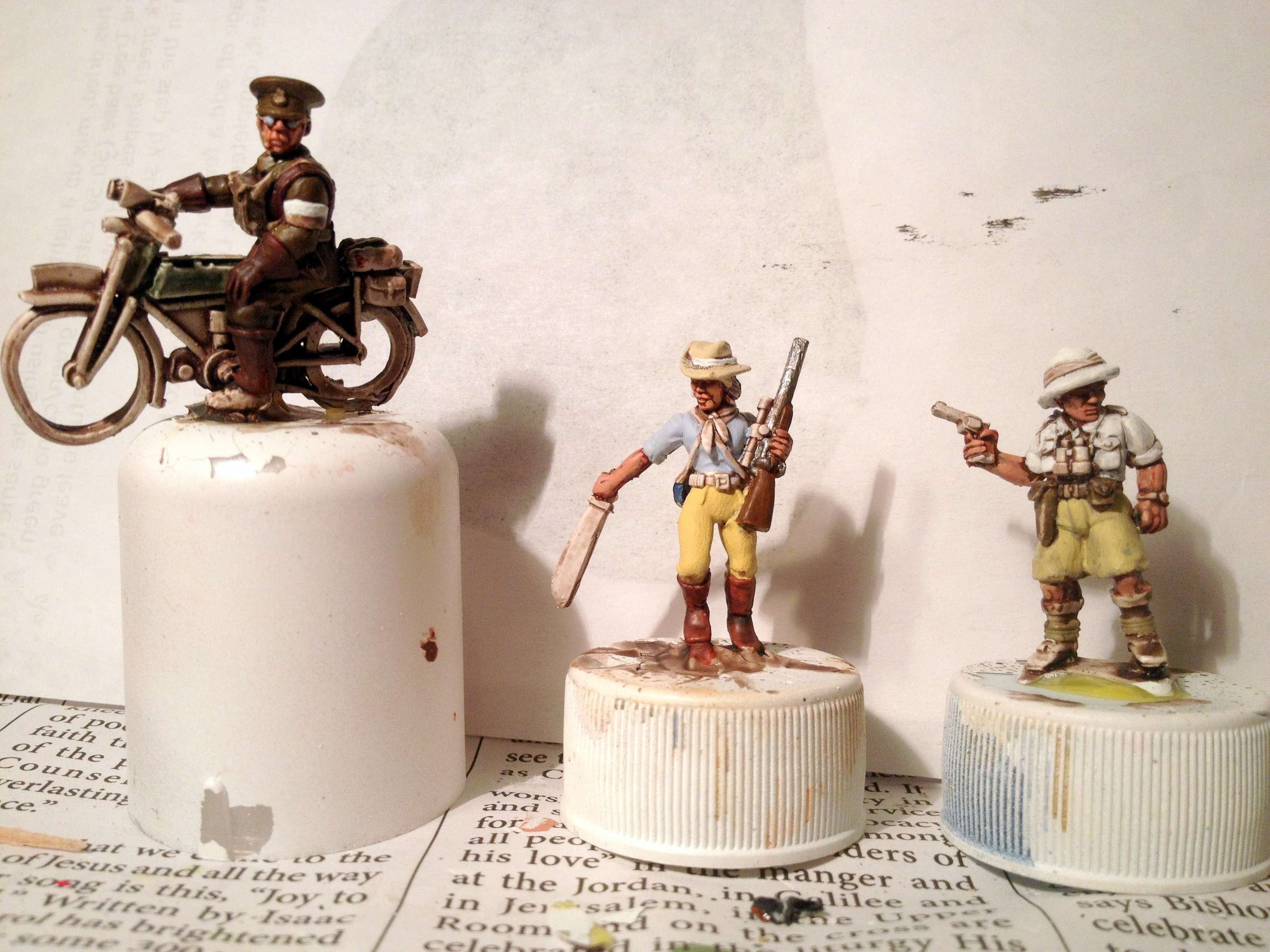 The miniatures in question. As you can see, I've made a little progress since 25 Jan, and I need to get a shift on and finish them and get credit for them with Curt for the Analogue Painting Challenge. The figures are a WW1 British dispatch rider (Great War Miniatures) and two adventurers from Bob Murch's Pulp Figures.

Prizes will be chosen from submitted entries at random, though Mrs. Padre will cast her discerning eye over them and pick her favourite for a fourth SUPER BONUS PRIZE. Now, a number of you have minged and whined about how your'e not good poets, you're not very clever, blah blah, snivel snivel, etc. Milords and ladies, there are three prizes to be picked at random, so you can write something like "I like Mike's Blog / As much as my dog" and you're in - only you can't use the blog/dog poem, that's just an example. So no excuses. Get on it.

Since Mrs Padre and I will be away this coming weekend, I am pushing the deadline back to SUNDAY, 10 MARCH. So far there are four entries posted. If you want to play, leave a reply here or email them to me. Now, back to the paints. I'm thinking a brunette for the explorer lady and a crisp white shirt for the chap in the pith helmet.