One Very Small Step For Napoleonics 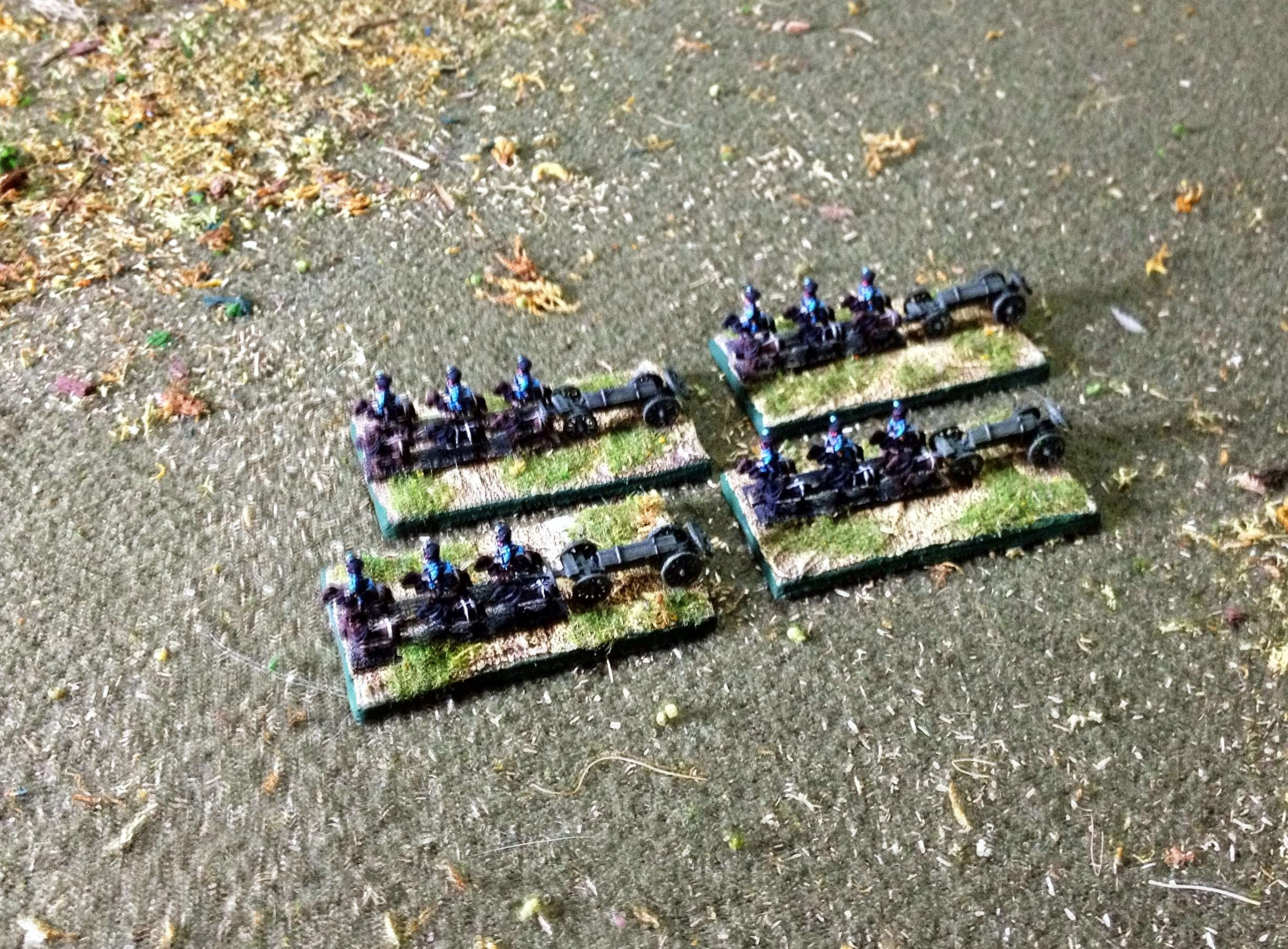 A while back, I made noises here about starting a Napoleonic project in 6mm. In due course a small package of small chaps came from Bacchus. "Allons-y, mon brave!", I said to myself, "let's get these fellows done before Thanksgiving! Vites depeches-toi!"

Well, Canadian Thanksgiving came and went in October, followed by American Thanksgiving (we celebrate both at Casa Padre) and no tiny Frenchmen were finished. A big part of the problem was fear. A small part of that fear was painting in a very small scale, something I have limited experience with. A much bigger fear factor was that I very quickly realized that I was way out in deep waters, with no real knowledge of Napoleonic uniforms.

Fortunately the base library has a good stock of Ospreys with several titles on Napoleon's infantry, so I'm ok there, but nothing on the artillery. My limited book collection told me that the French Army created a specialized artillery train, vice the civilians used early on in the Revolutionary period, and I ransacked the internet for images, using the chaps found here as my model. If you know something about the uniforms of the artillery train and have any suggestions, pray leave a comment.

Here are the results. 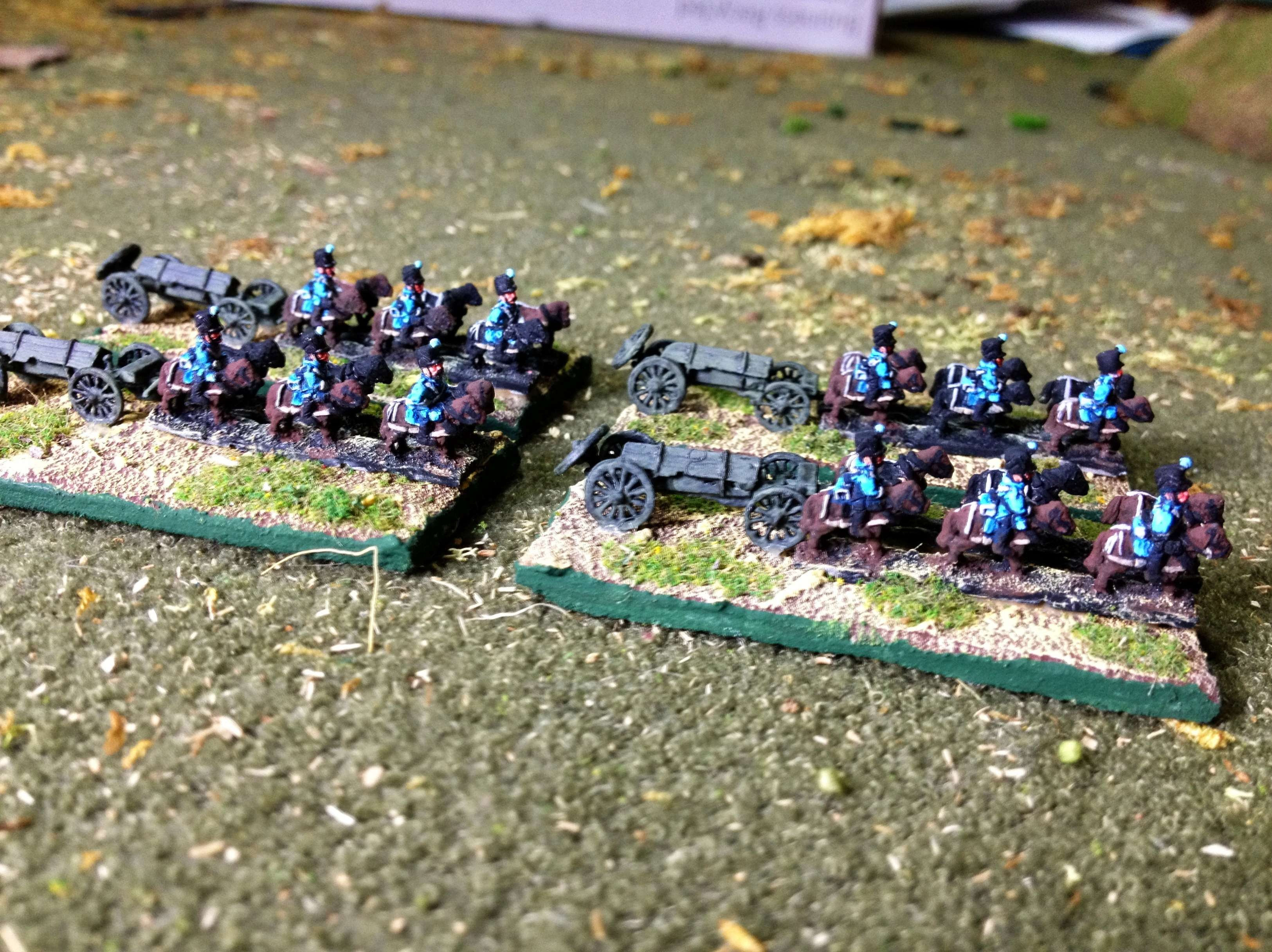 I primed these fellows using a black spraypaint, which I think will be preferred technique in this scale from now on, even though I am using white for larger figures. The black undercoat allows a few shortcuts, such as having the shakos and boots already done and giving the impression of lining out on crossbelts, etc. 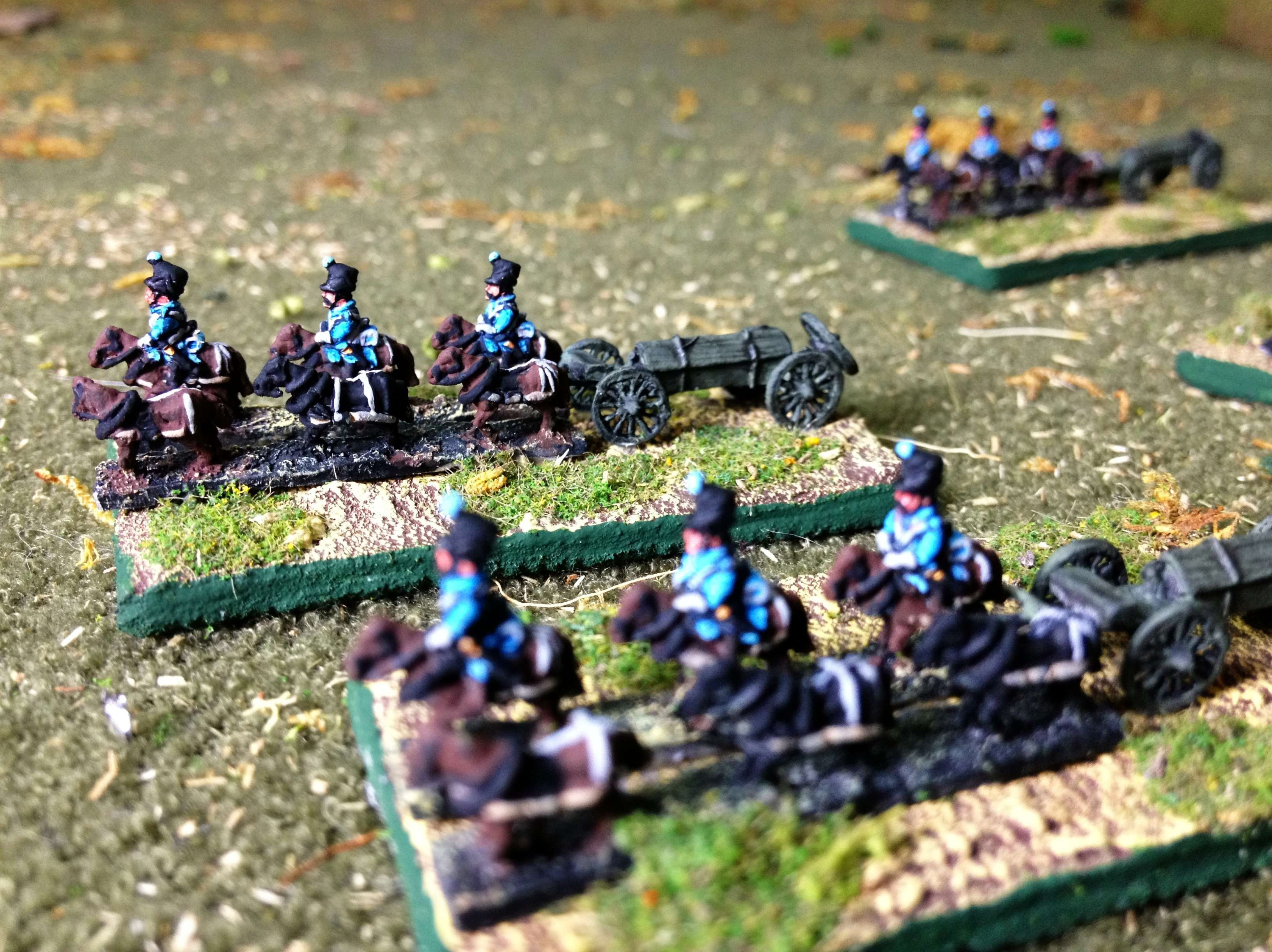 For horses and tack, the black undercoat has obvious advantages as well, especially for black horses. I suppose I could go back and give these nags some white socks and blazes, perhaps in future when I do some cavalry. 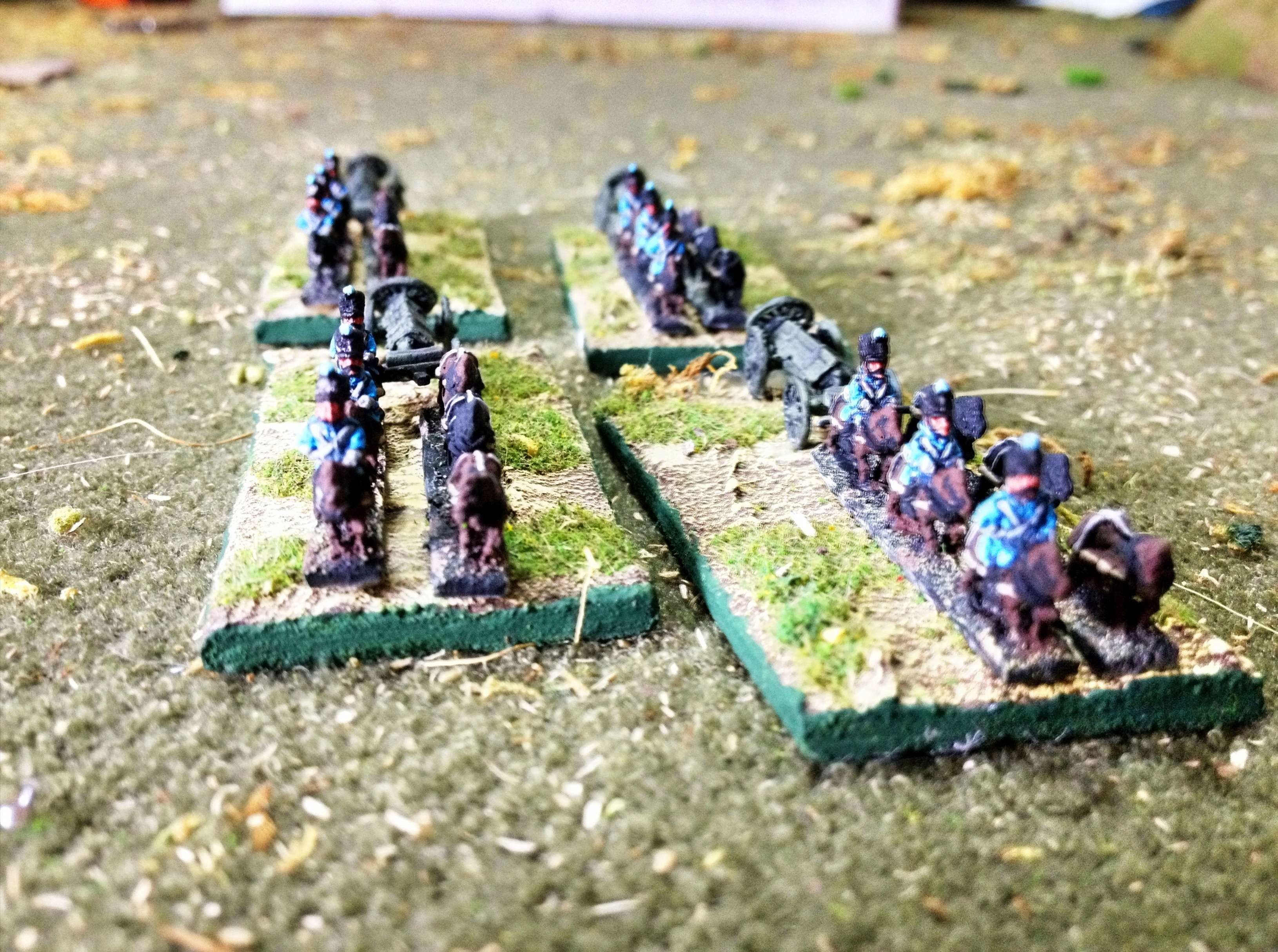 The artillery wagons were painting in Vallejo Yellow Olive tempered with some black, giving me a colour which seemed accurate based on my research. I did find that Foundry makes paint for French artillery limbers and gun carriages in three shades, but I think I'll pass on that for now.

The bases are handcut MDF, and show my unsteady efforts with a craft knife, but they are ok from a distance, methinks, and sized as per the Poleomos rules from Bacchus that I ordered with these figures. I am not sure if I really NEED a four stand artillery train, but after working for years in 28mm, where I had to question the purchases of limbers, cassions and limber teams as an expensive luxury, creating artillery supply assets in this scale is too easy.

There is a four gun battery with limbers, plus a whole brigade of French line infantry, plus some accompanying light infantry, ready to go next, but I won't start them until 20 December, for reasons to be outlined in my next post, reasons which I am sure some of you can guess at.

Before I go, I am quite thrilled that my blog, a fitful and irregular thing, has reached 95 followers. Among the more recent, I welcome James, a Napoleonic gamer and blogger and devoted family man from the great state of Tennessee, and Andrew called Loki. Welcome and thank you, gents.

Blessings to your brushes and die rolls! Mike+