Recently (well, February), I mentioned that I was going to take a chance buying some figures from TQD Castings, a line of figures made under the UK's CP Models banner, because they make a 20mm padre figure, which happens to be the scale I do WW2 skirmish gaming in.

The pack (TQD-BR3) I wanted includes an officer in shirtsleeves, a dispatch rider, and a padre. Done and dusted, I said, and ordered them. At the same time I ordered a five figure pack (TQD-BR3), a useful looking set of British infantry, none of them looking especially in a hurry, that could be useful to flesh out scenes or show infantry moving up to the front.

So here's the lot, set up besides some vehicles from my collection: 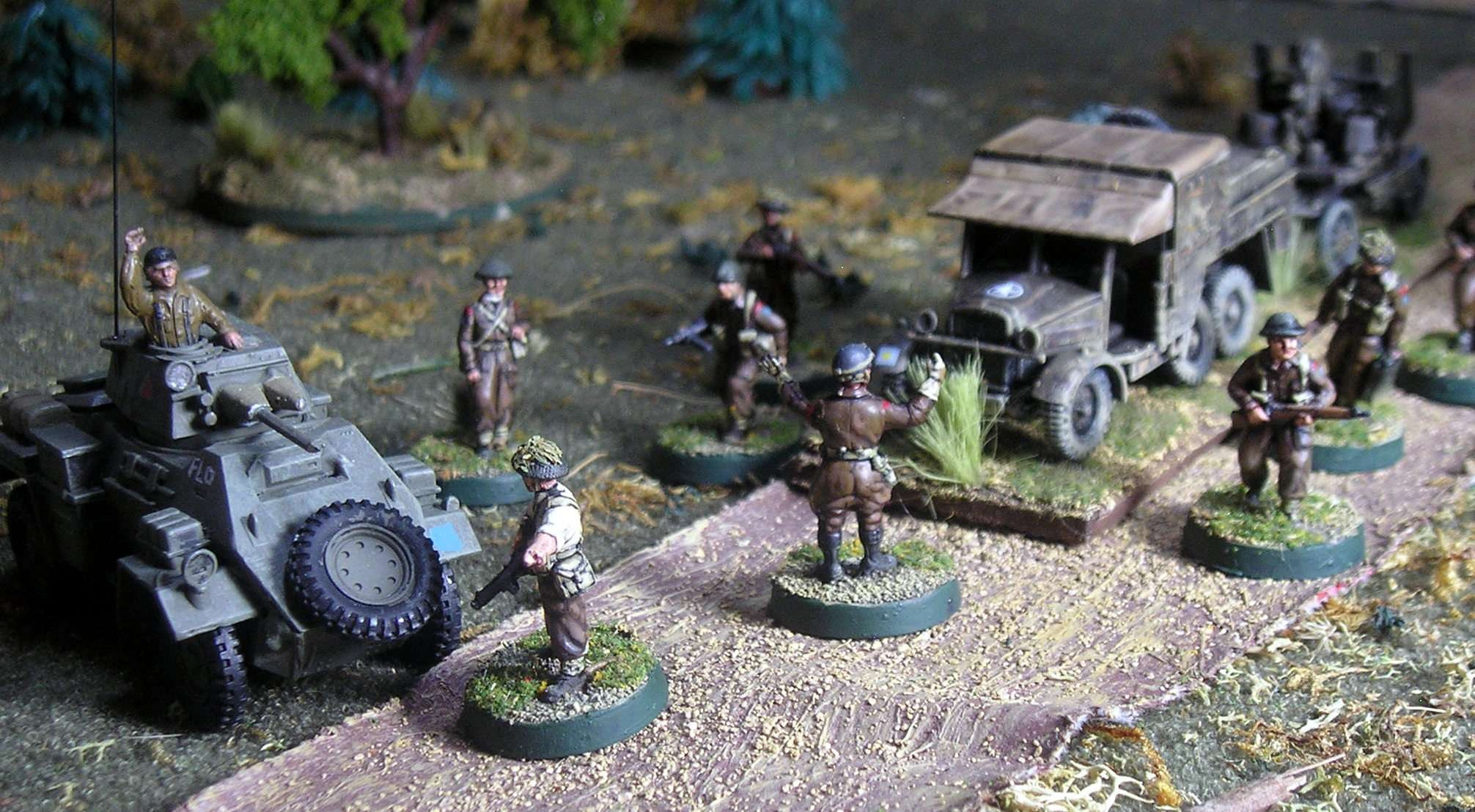 The officer figure. He's cast with his sleeves rolled up, and since I've worn a battledess tunic and don't see how you could ever roll up the sleeves on that garment, I decided to give him a cream coloured shirt rather than a standard issue khaki one - maybe his wife sent it to him. I'm planning to use him as Lt. Denis Audet in my Platoon Forward games, which are chronicled on this blog. If you're wondering about the vegetation on his helmet, it's bits of dill weed from the herb cupboard. I dried crushed basil flakes, didn't work. The dispatch rider, who to my mind looks like he's directing traffic. I'm not too happy with his lips, he looks like he's blowing someone a kiss. Perhaps I should fix it, or find a pretty 20mm French young woman figure for him to be looking at!

And the padre figure. If it seems that the finish on this figure looks a little, well, bumpy, you're right. Once the black spray paint I was using as a primer had dried, I was horrified to notice that it had dried in a somewhat granular form. I scraped as much of it off as I could, but I was quite upset because he was the reason I bought this pack. However, from a distance, he doesn't look too bad. 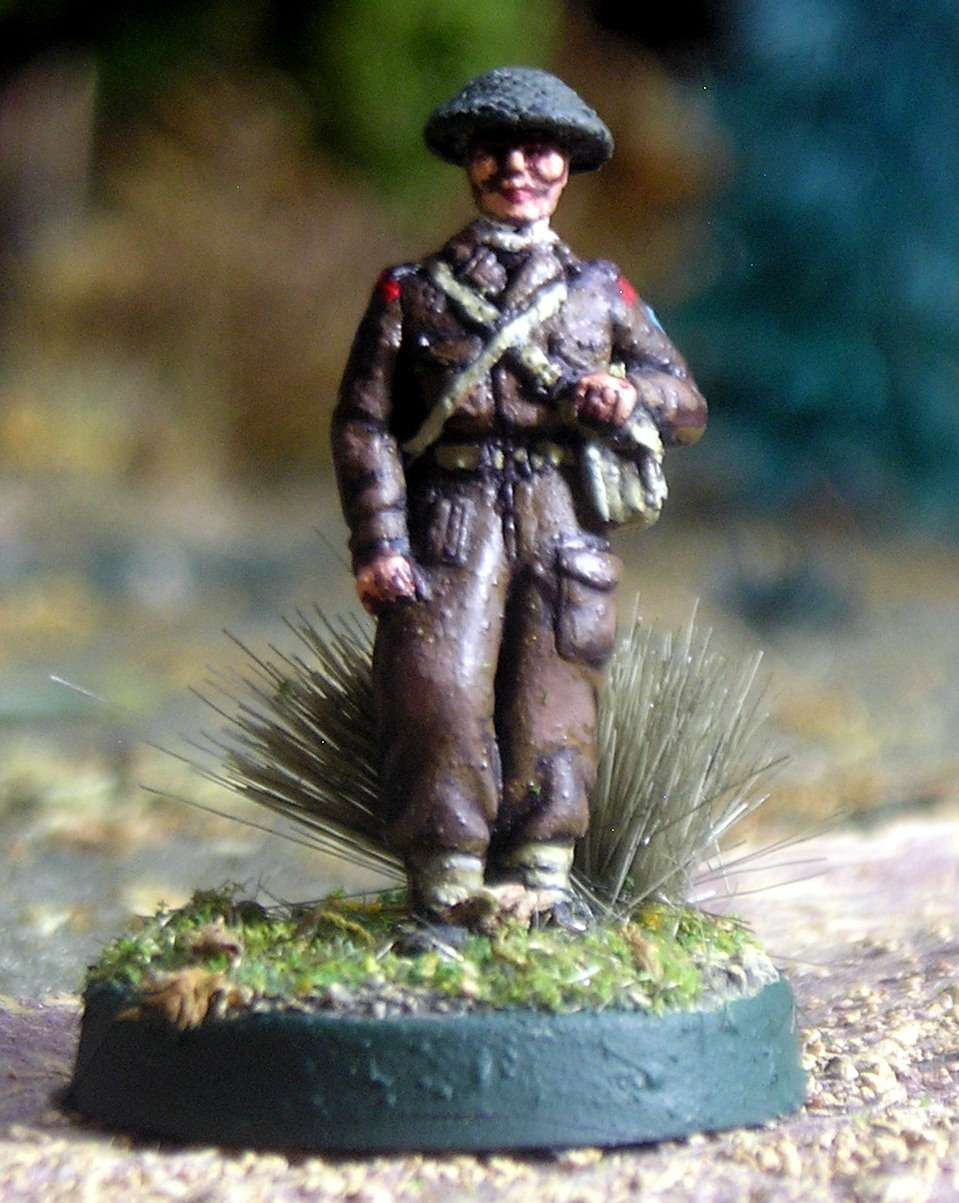 So what to do with a padre figure on the tabletop? Still scratching my head on that one. Thanks to one of Sidney Roundwood's posts, I am thinking that I could use him as a first aid man for skirmish gaming where first aid rules are allowed. To that end I thought about painting a red cross on the satchel, but too much of it is covered by his arm. Perhaps I should go back and give him a Red Cross armband. There's a thought. Here's the good padre with some AB Miniatures casualty figures from my collection. 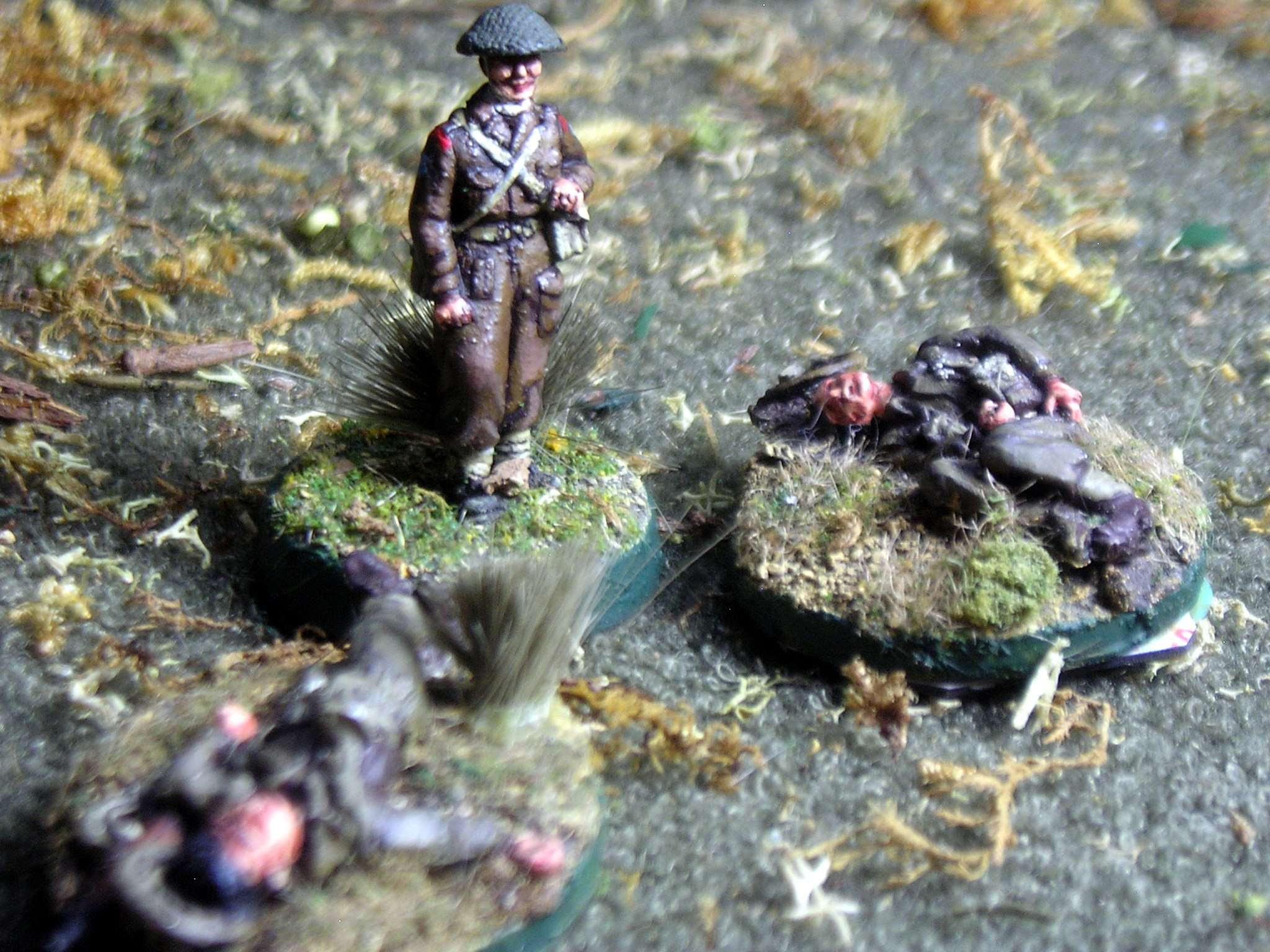 Ill put up the other figures tonight or tomorrow. Thanks for looking, it means a lot to me. Cheers, Mike