One terrain feature that keeps showing up on my gaming table is churches. I have several models in various scales and periods, and I like to think of it as a bit of a trademark.


I found this little 15mm model of a ruined church with courtyard from JR Miniatures at Sentry Box West in Calgary last fall and jumped it ahead in the painting queue, since I don't have enough ruined stuff for Normandy, and Normandy was rather ruined by the time everyone was done with it. So was my first civilian parish, come to think of it, but that's another story. 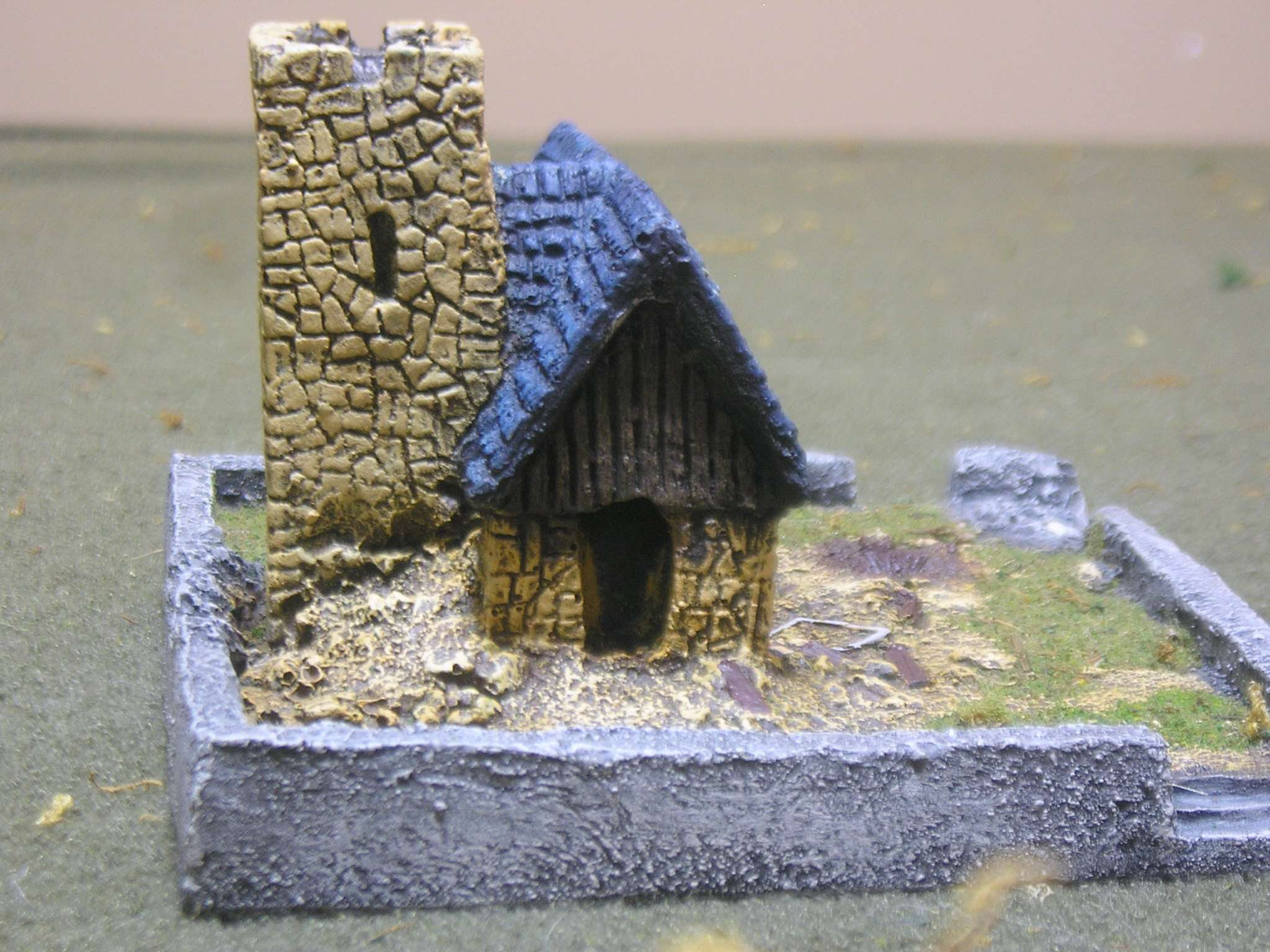 The model appears to be made of some sort of plaster rather than resin, as it is on the heavy side. I have a few JR models already, and like them. They are easy to paint, clean, and fairly detailed. They also look better than anything I am likely to scratch build, and they augment the Paper Terrain models I have. 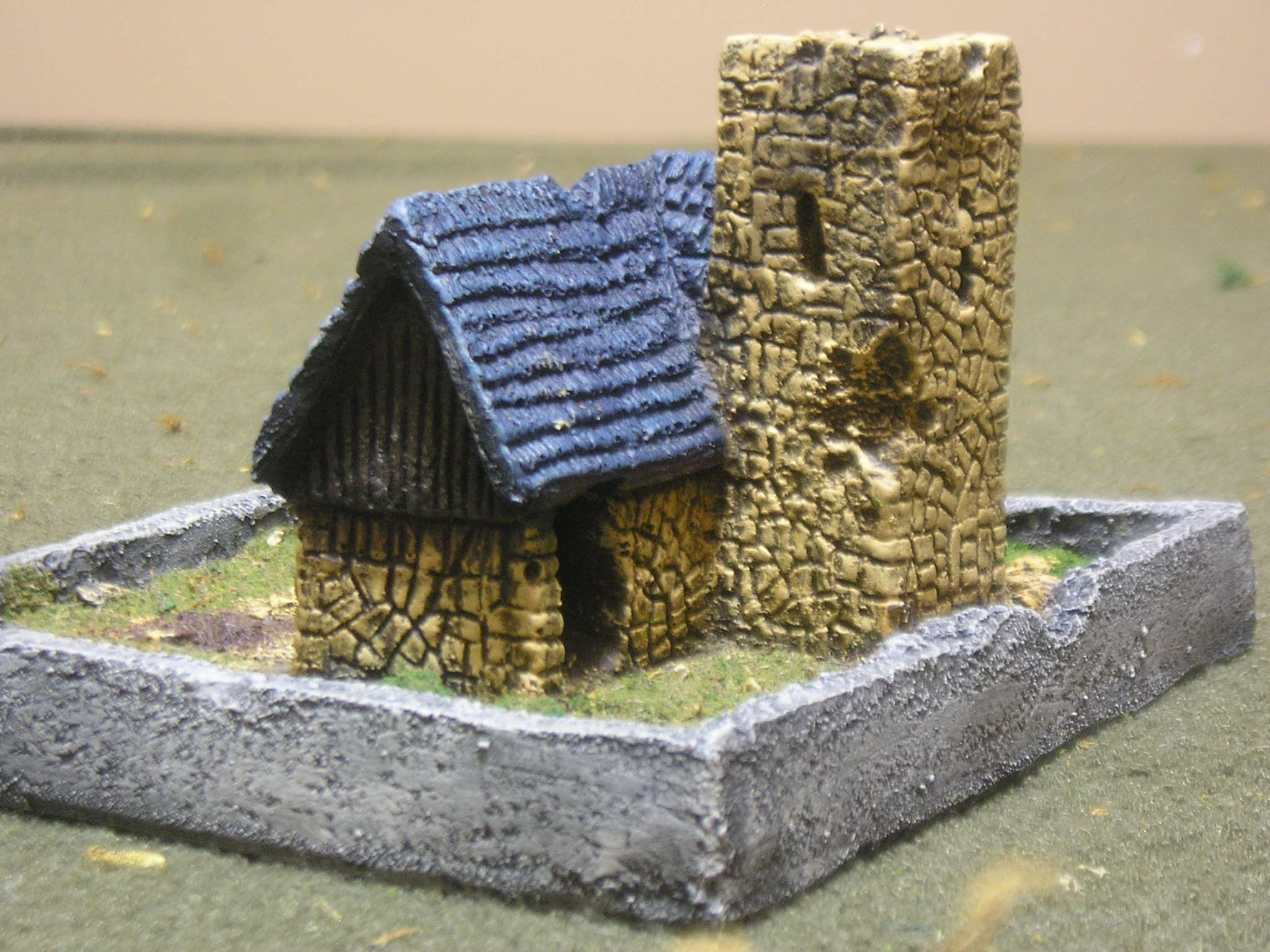 My normal default note for painting brick and stonework has been to do various shades of gray, but lately I've been trying to vary that with a sandstone look, so I used a lot of yellow ochre and maple tan drybrushing on the church. The roof is my attempt to do the blue slate commonly seen in Normandy, or at least, commonly seen on models of wargaming terrain shown in wargaming blogs about battles set in Normandy. Seeing as I've never been to Normandy, that's as close as I can get for now.

As far as who desecrated this church, I blame the beastly hun, since I painted the two fuel drums outside the church in a German dunkelgelb colour. If Jerry hadn't set up in it as an OP, this would never have happened.
Posted by Mad Padre at 3:29 PM