Three 15mm resin Opel Blitz German lorries from Gaming Models which I finished just before leaving for Hot Lead. Reasonably priced, fairly well detailed. My only complaint is that the resin had a lot of pitting in the canvas covering the top the back of the truck, but it doesn't show at a reasonable distance. I would buy more of their stuff. These three models will give my Normandy Germans some lift for a battery of 105s that I need to finish shortly. 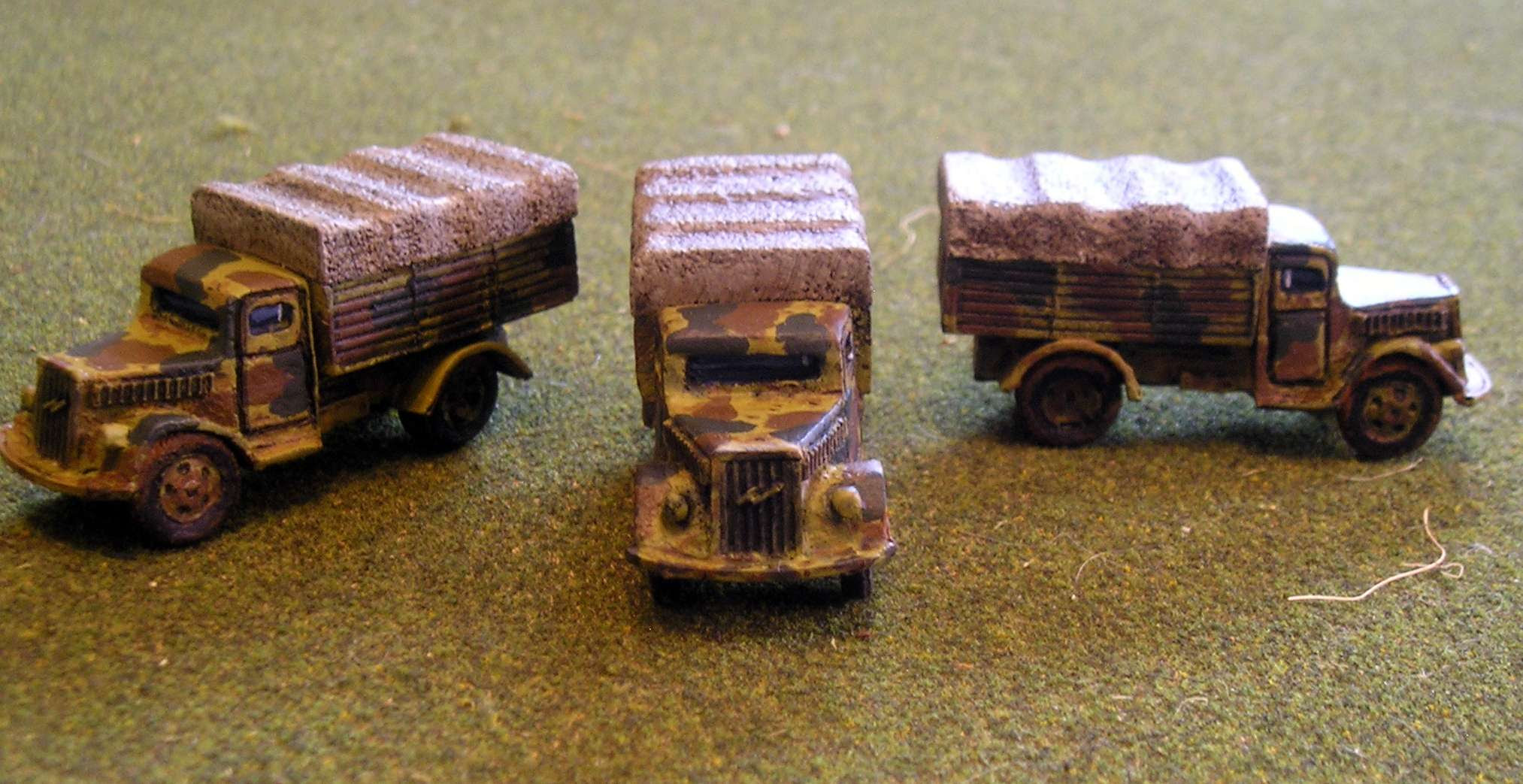 I totally stole some weathering ideas from some work on the Guild WarGamers forum and tried some techniques with pitting and rust patches. For the rust I tried both a Tamiya weathering kit and then watered down GW Scorched Brown. Both techniques worked reasonably well. I also slathered some globs of brown latex FolkArt brown paint into the wheelwells to look like accumulated mud. 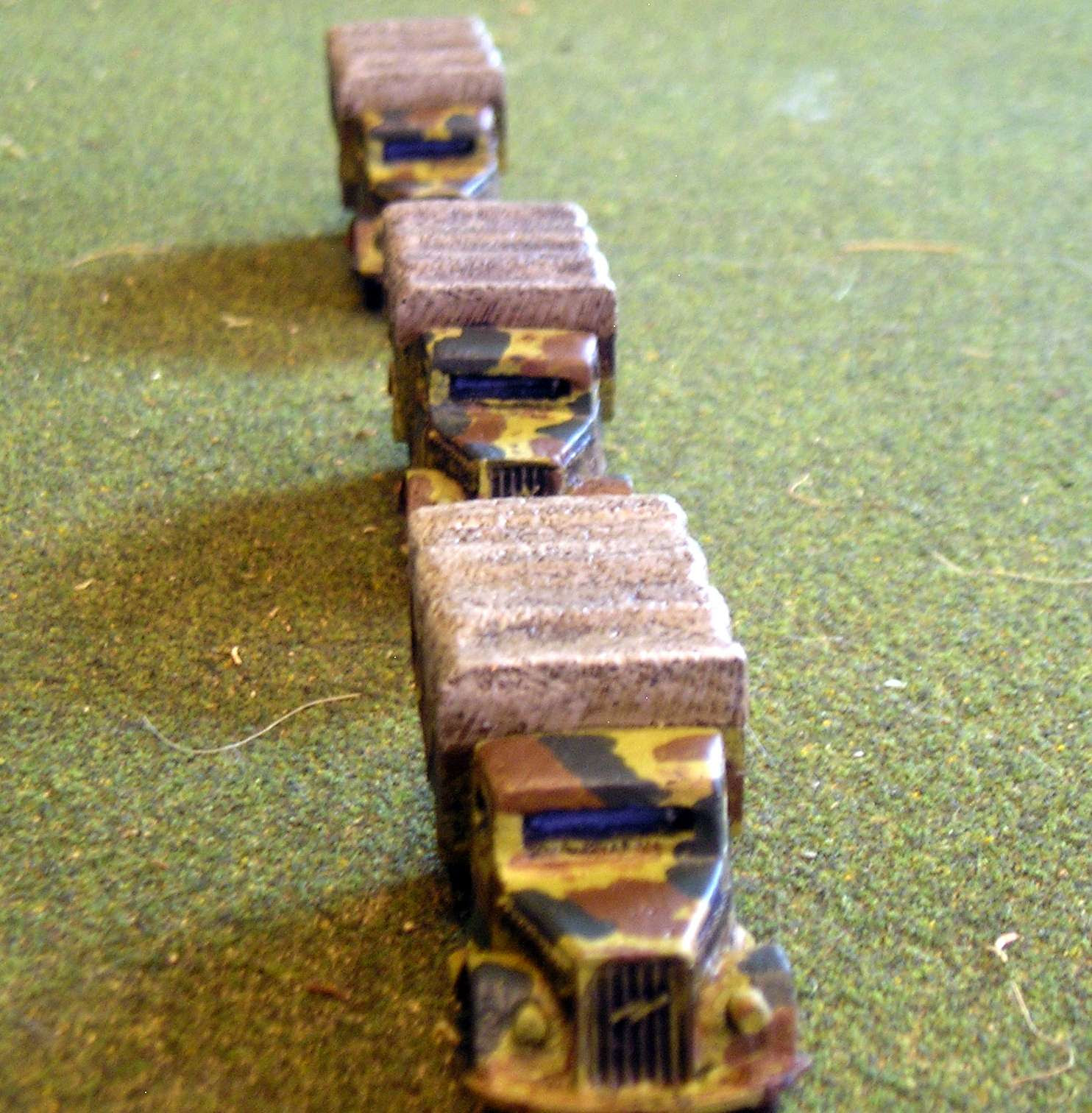