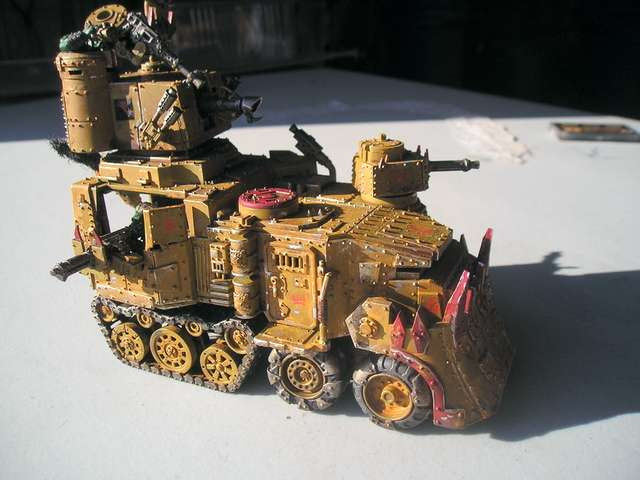 Finally satisfied with my work on this beast and have pronounced it finished. Actually it's been in several W40K scraps already. In one fight it was summarily demolished by some flying Chaos demon beastie who opened it up like a sardine can. In a few other fights it's done reasonably well and gives my boyz a fighting chance of making it into da scrap when all the big blast template weapons are flying. 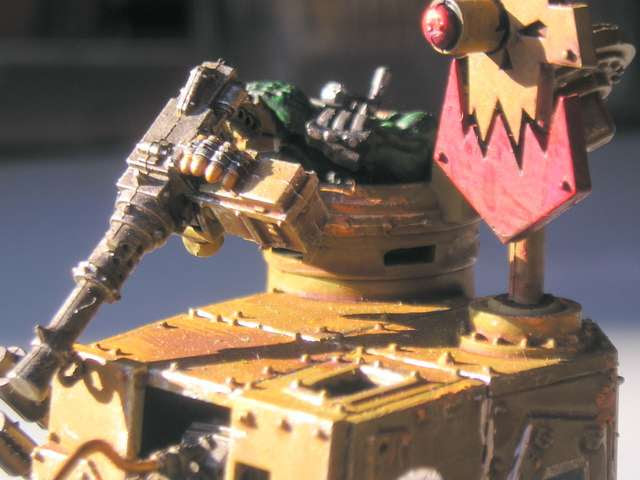 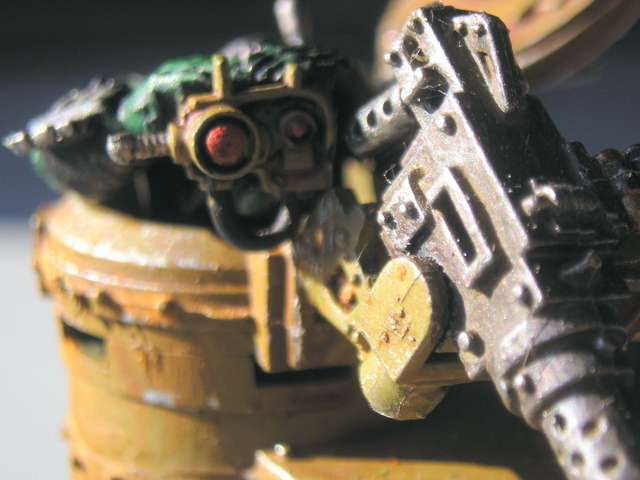 The front - I'm happy with the weathering and chipping. I used Modelmaster German Dunkelgelb as the main coat, with red detailing to reflect the rest of my Ork army, both washed with GW Gryphon Sepia. The rust is from a Tamiya weathering kit. Very powdery but fun to use. 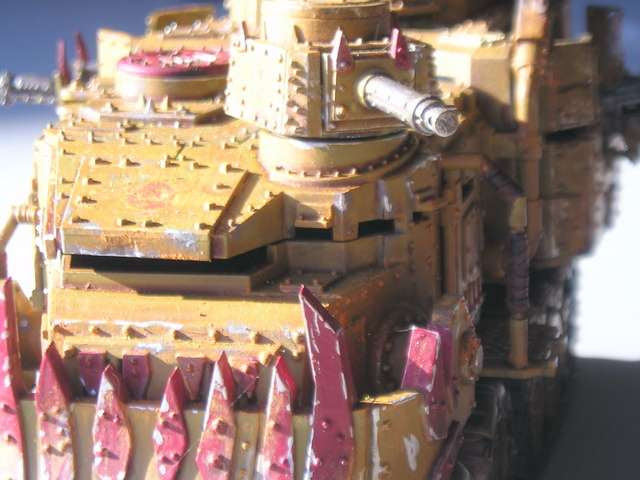 The two side gunners: 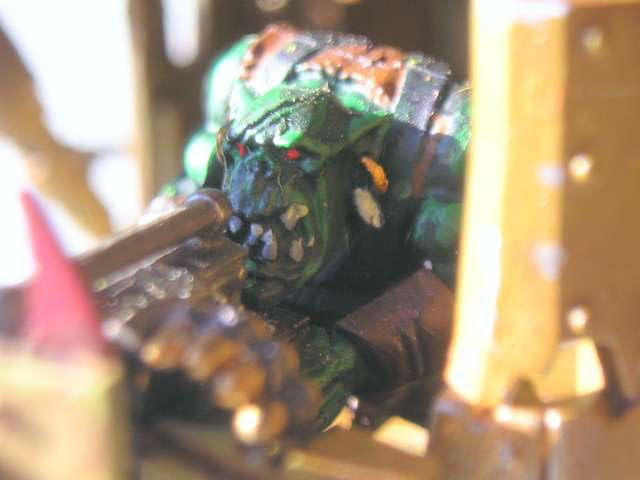 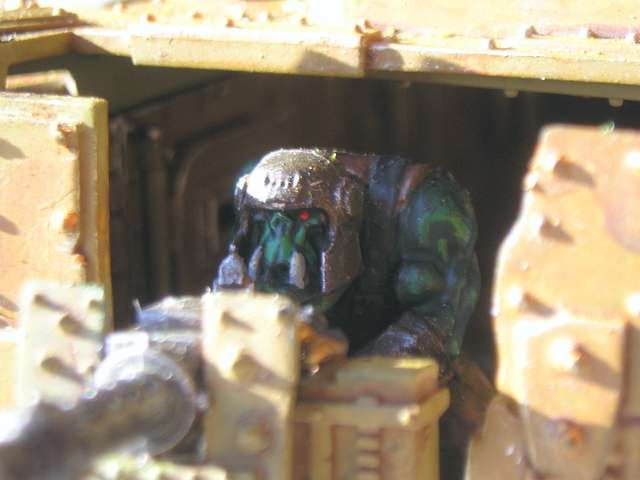 The rear and the interior fighting and passenger compartment. 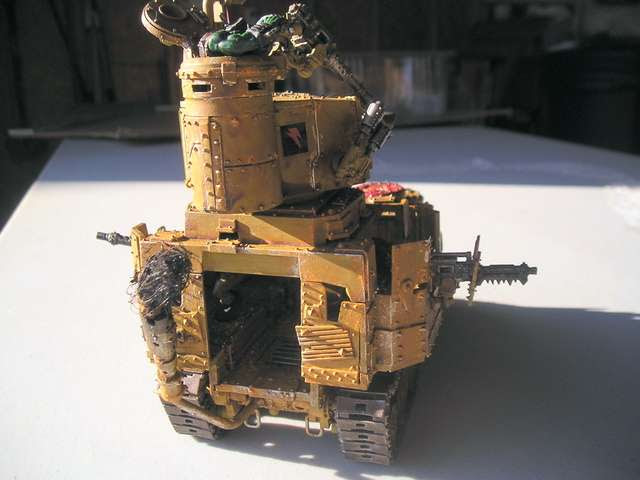 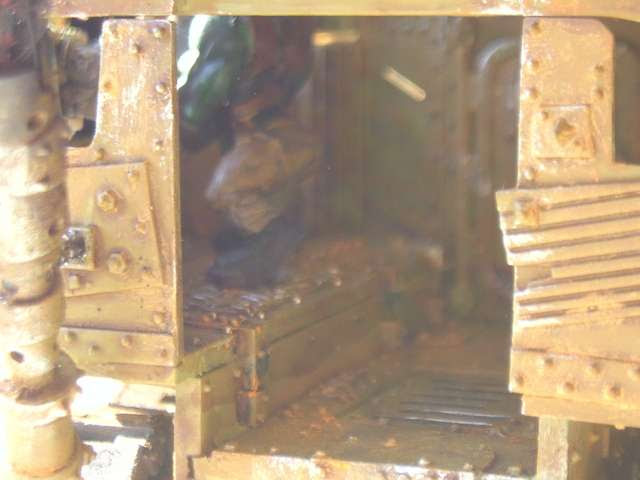 My Imperial Guard squaddiers are anxiously demanding to know when their AT support will be ready to deploy.
Posted by Mad Padre at 8:09 AM