Next on the Painting Bench - The Russians are Coming!

I've always been interested in Britannia's line of 20mm WW2 figures, and my existing Red Army kit are plastic and pretty dodgy, so with the current Guild Wargamers painting competition focusing on Britannia figures, I thought I could get an entry done by the late September deadline. So a package from the UK arrived and a mob of little lead streltsy stormed out, rudely displacing the other chaps in the queue.

Officer reading inspirational passages from the speeches of Stalin: 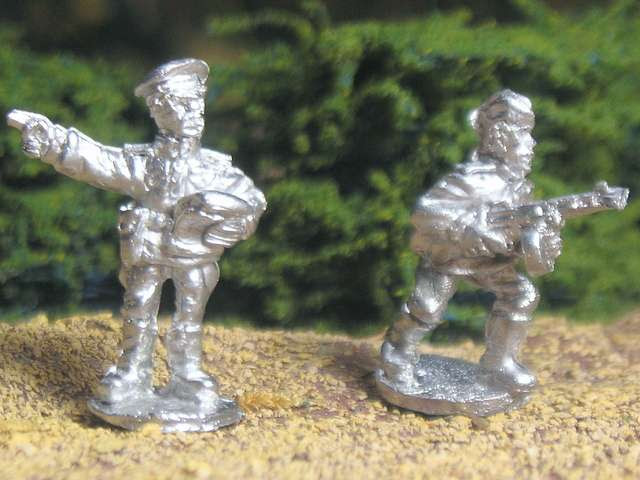 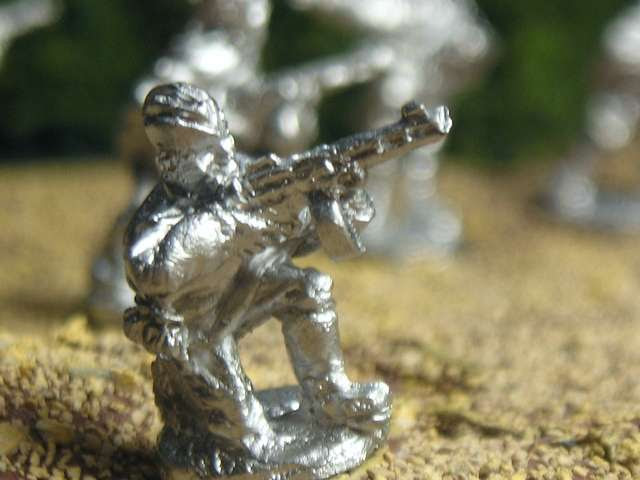 Infantry - I like the summer uniform with the cloth sidecaps which the Russians evidently preferred to the steel helmet; evidently they felt that head protection was weak and unmanly: 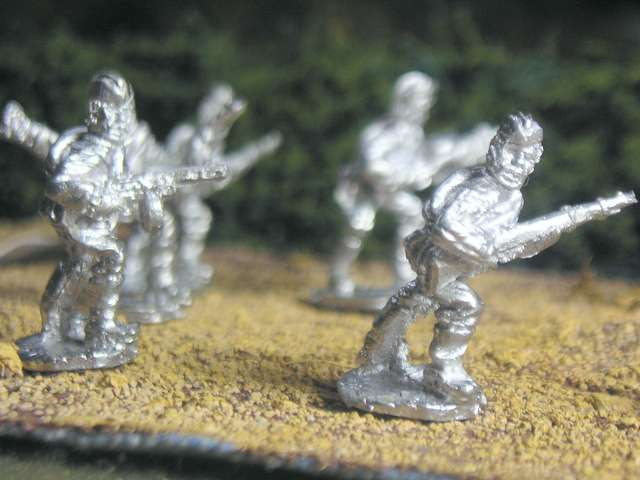 Finally, this HQ group has some lovely poses and characters, including a sinister looking fellow in a leather trenchcoat reminiscent of Alec Guiness in Dr. Zhivago. They'll make an excellent Fall of Berlin vignette for the entry I'm contemplating: 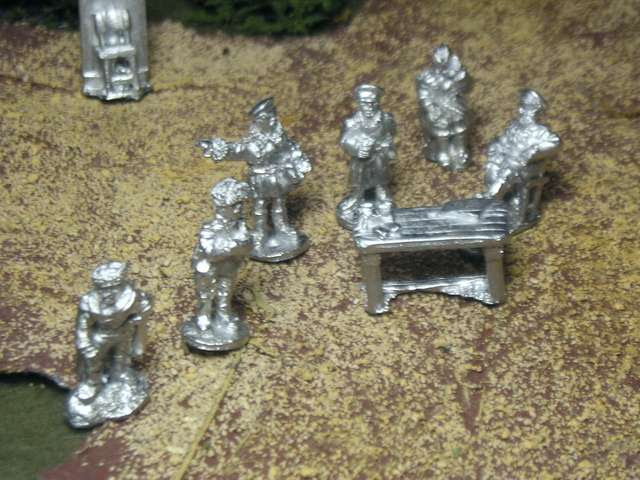 These are lovely scuplts and the facial expressions have a lot of character. Only quibble I have is that they are on the small side of 20mm, compared to some of the minis I have, such as the Valiant late war British Tommies currently on my painting bench.
Posted by Mad Padre at 5:08 AM