Things I Did in 2022: Early Imperial Roman Cavalry

Parish work has been rewarding this last week but has left me with precious little time to paint or to post here.   With a slight respite this afternoon, here’s a return to some of the projects I completed last year. 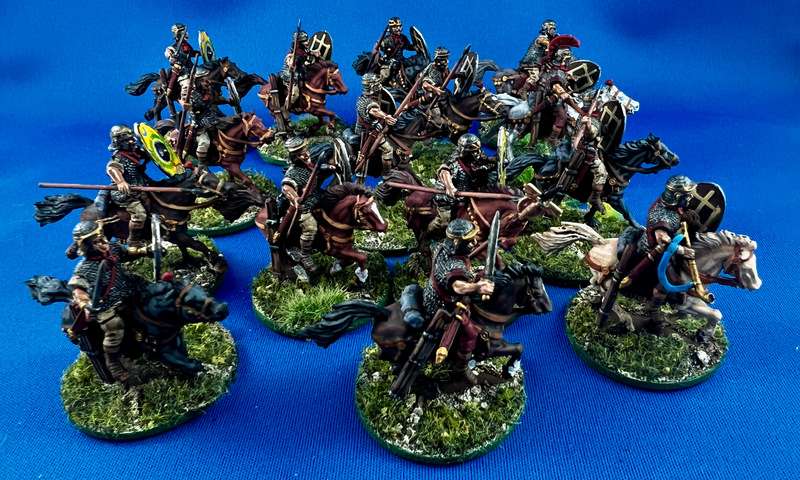 Following on the heels of a surprise turn to Ancients Gaming, I decided to paint some Roman cavalry as adversaries for my Germanic warriors.   I have only a vague idea of how the Romans used cavalry in Germania, probably more as scouts and line of communications troops than on the battlefield, but I’m sure they had their share of skirmishes and patrols.  I showed this figures to my friend, Consul Homo Lepus, who knows more about Romans than I do, and he was impressed that the Victrix figures come with quivers (right word??) for their javelins, as well as blankets, canteens and other useful kit.

These are 28mm plastic Victrix figures, with shield transfers by Little Big Men Studios.  The horses are painted using Foundry tri-colour paints from their “Horse” paints set.   I’m still figuring these paints out but in general I’m pleased with them and would use them again. 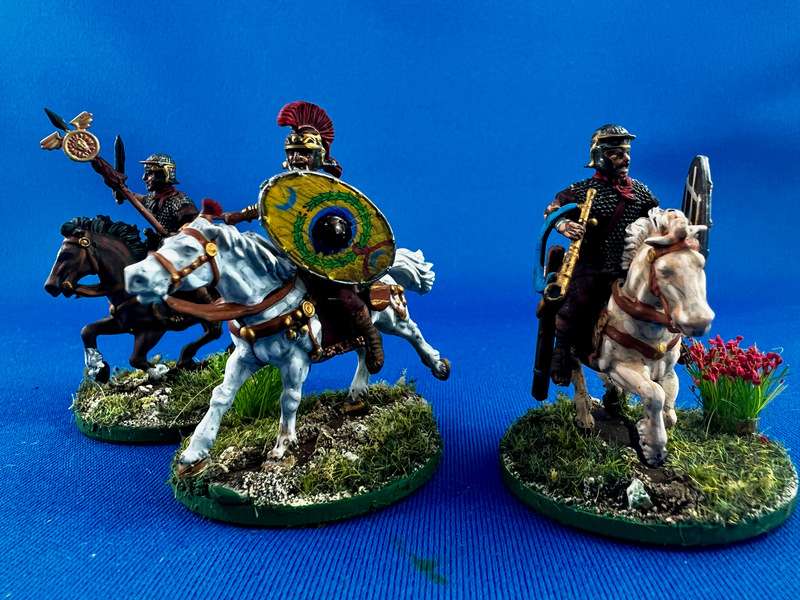 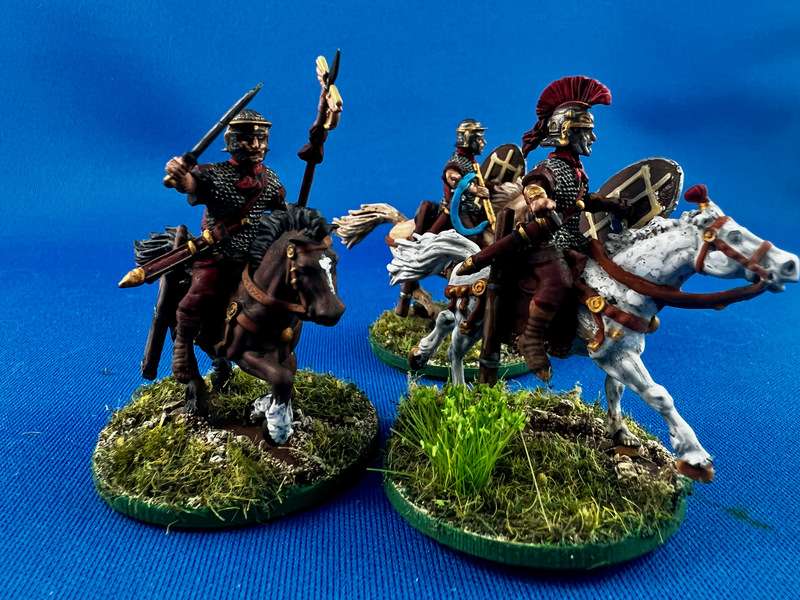 I have quite a few more ancients to paint, including Roman auxiliary infantry and archers, and more lead Germans thanks to the Wargames Foundry Diamond Jubilee sale last year where my finger slipped and I bought rather a few.As I may have posted here earlier, I acquired the Germans last year when the local gaming group was playing a lot of skirmish games using Clash of Spears rules, and I may stick with them or perhaps look at Too Fat Lardies’ Infamy rules.   I also have a set of rules from Helion, Three Ages of Rome by Philip Garton, which I confess I’ve barely looked at since it arrived.

So ancients are not a back burner project, exactly, more of an interesting diversion which I’ll pursue this year.

Blessings to your brushes,