The next unit to be mustered into Prussian service is Dragoon Regiment No. 1 (Von Normann), the last of my brushwork for July.  This unit is made up of 13 Wargamer Foundry figures, including one based individually for small-scale shenanigans using rules such as Sharp Practice. 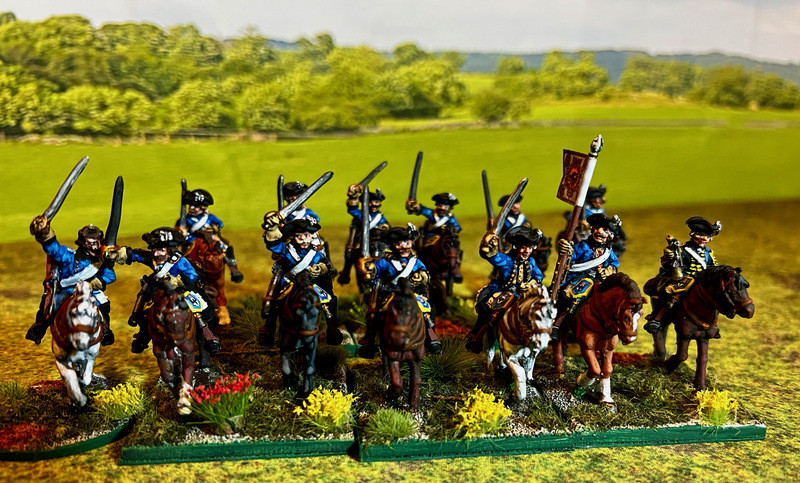 As is my method for 28mm SYW figures, these are painted using Foundry tri-tone paints on a black undercoat, in my own rough approximation of the Dallimore method.    The flag is from my go-to guy for SYW flags, Madrid’s Adolfo Ramos.  Four of these figures have been half-painted and lost in a box for the last 5 years, and rediscovering them recently got me serious about including them in a batch of Foundry figures languishing in my Pile O’Shame.   Some of them may actually be Russian dragoons, the labeling on the packages was unclear, but a dragoon is a dragoon, I think.  There are some tell-tale flaws that would tell the knowledgeable SYW game that these are slightly off - the Normann Dragoons had a red pompom on either side of their tricorn, which wasn’t cast with these models, and so I decided to leave well-enough alone.

Otherwise they are lovely figures.  I like how the saddle and equipment is cast on the rider, though occasionally there’s not a good fit between the rider and the horse. 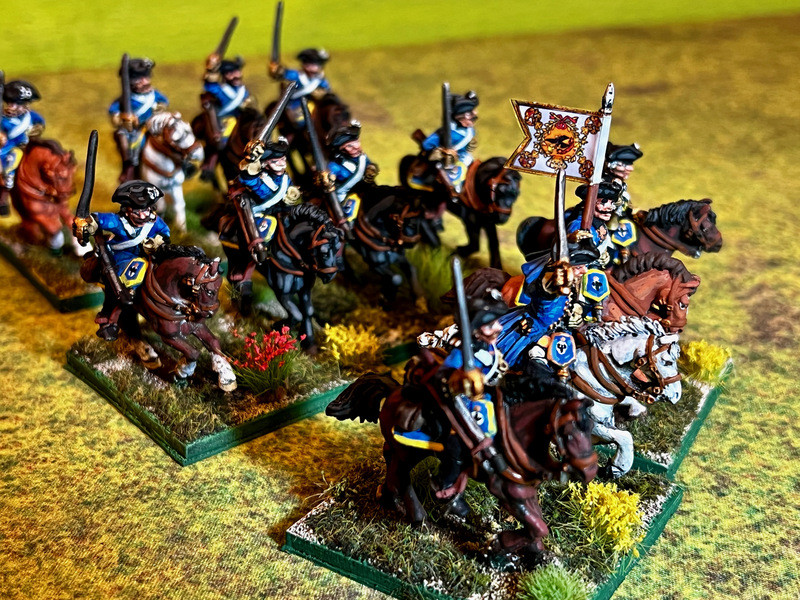 I’ve been very intentional about putting my all into painting my Seven Years War figures.  With other periods, and certainly with other scales, the three foot rule of good enough on the wargames table is fine, and there was a useful discussion of this rule on the most recent Yorkshire Gamer podcast.   However, I want the SYW to be my showcase period, the elaborate uniforms and the colours practically demand maximum effort and as much talent as my aging hands and eyes can muster.  In fact, I went so far on Twitter recently as saying that unit for unit, the SYW is more aesthetically pleasing than Napoleonics in the larger scales.    Feel free to report me to the Heresy Police.  :) 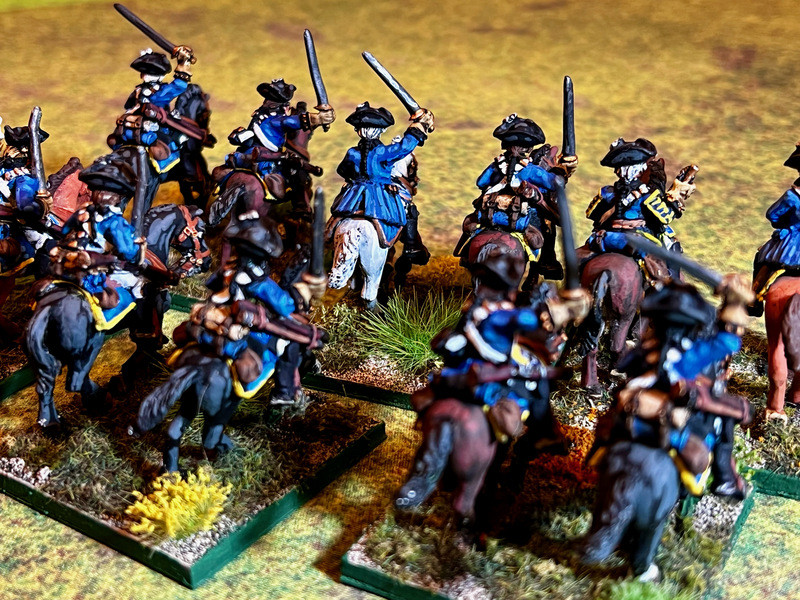 Here’s a madcap, hell for leather fellow, his tricorn long since lost in the charge and just wearing his protective harness, tearing around looking for someone to bash.  If he survives, I’m sure he’ll attract Frederick’s attention for his bravery and for the shapeliness of his calves.  I’m currently reading Tim Blanning’s biography of DAF, and he sends a lot of time detailing Frederick’s homoerotic tastes, whereas the late Dennis Showalter (bless him) merely mentions in passing that DAF was a bit grumpy towards women. 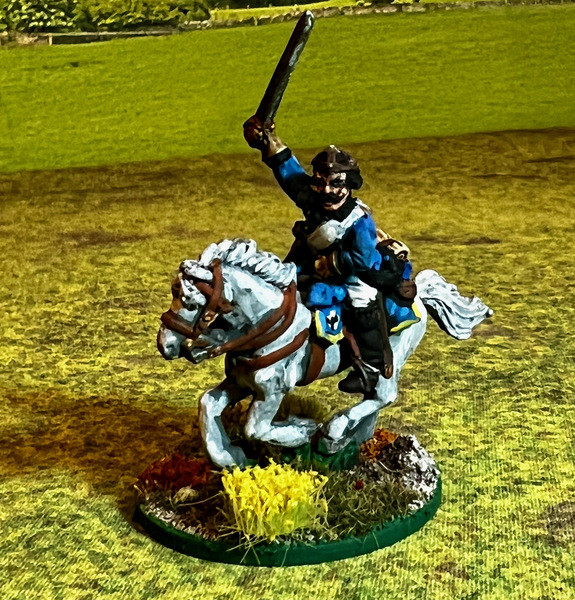 With this project done, a unit of Victrix Early Imperial Roman cavalry has thundered onto my painting desk and is getting a more rapid brush treatment.   I hope to have some WIP pics of them here shortly.   What’s your current WIP?

Cheers and blessings to your brushes!  MP+