The Rockies Ablaze, Part One

<I’ve been going on here about my pulp project for a few years with precious little to show for it, so here goes.   Narrative fluff to start with slightly elaborated from @MarshalLuigi ’s tweets.  Small actions and character reactions to be determined using Call of Cthulhu 7th ed rules, larger actions probably by TFL’s Chain of Command.>

Frenchy Lamoreux walked his trapline in the high foothills near Indian River every few days, weather permitting.   He often crossed paths with Old Grainger, out walking his line.  Frenchy looked forward to his chats with the Scot.   They’d share a tot of rum or whiskey from their flasks, and compare notes on what they were catching and who was paying best for the fur.  Lately Grainger was becoming convinced that another trapper, Ratko Gligic, was stealing from his traps.   “If I catch yon rascal in the act, I’ll kill him stone deed, I will!" 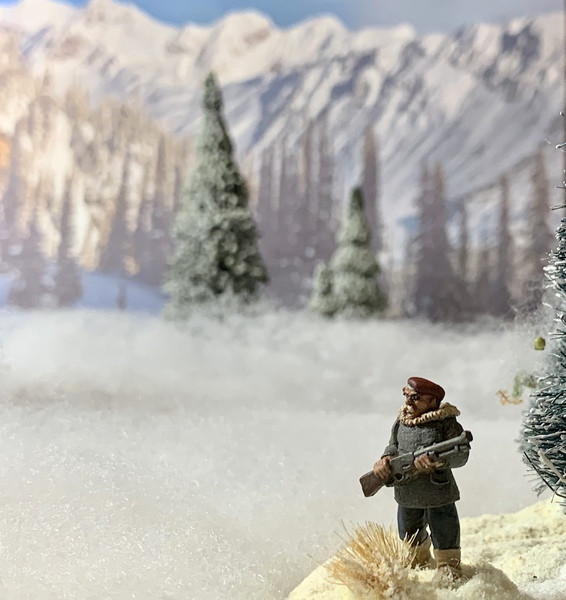 In the late afternoon, near one of Grainger’s untouched traps, Frenchy found the blood.   He was certain that it wasn’t the result of someone field dressing a kill.  It was more like something, or someone, had been simply torn apart.  Nearby, in some trampled snow, he found Grainger’s briar pipe, still full of half burnt gold flake. 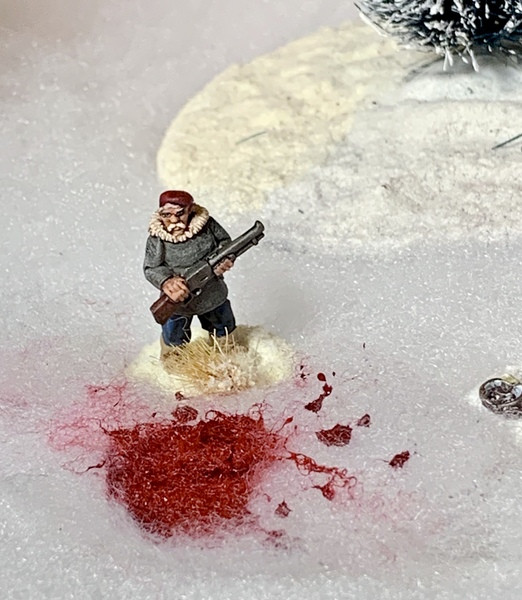 As he surveyed the dismal scene, he felt his hair rise under his toque.  Frenchy knew with a terrible certainty that he was being watched.   He also knew that nothing he had ever seen on earth had made the bloody tracks heading off into the woods, and nothing on earth could make him follow them. 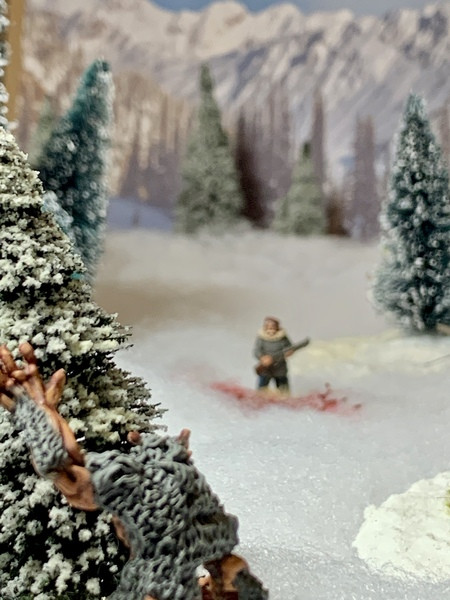 <Notes:   A good exercise in seeing how much winter scenery I’ve assembled thus far, and some fun with a backdrop.  It may be a while before the next scene in ready.  Frenchy is a Bob Murch Pulp Figures casting, and the thing in the trees is by Reaper.  Say vigilant, chaps!> 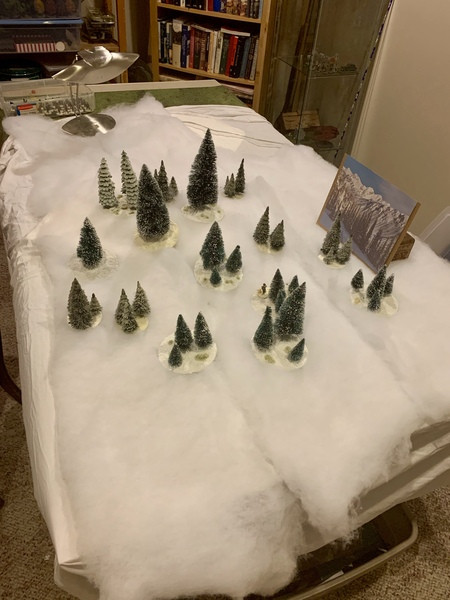