A quick post to show off with some rather dark photos to show off some more figures in my 15mm SF project.   They are Khurasan Tigrids on jet bikes, because while cats (well, at least my cats) are notoriously slothful, until that moment at 3 in the morning they get up to zoom around the house on jet bikes.  It’s like harassing fire, it leaves the hoomans tired and irritable and ill-equipped to defend against them.  Or the hoomans just capitulate and feed them at 5am, like I do. 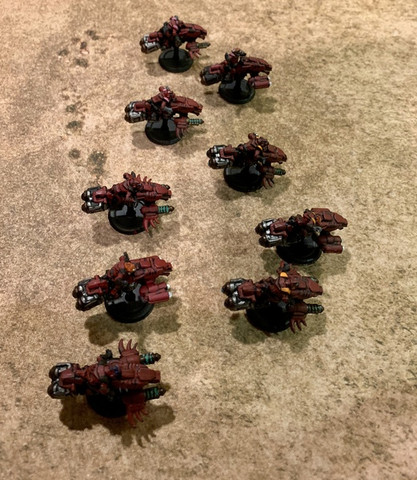 I painted these fellows over the winter months, using the same Citadel Khorne Red that is the signature for my Kzinti-inspired army, with colour coding on the shoulder plates to tell the various sections apart.  I have three sections of three of these fellows, enough for a recon in force or quick raiding and general hell-raising, following the general idea that a Kzinti-type force would specialize in fast, aggressive (if not always well thought out) tactics. 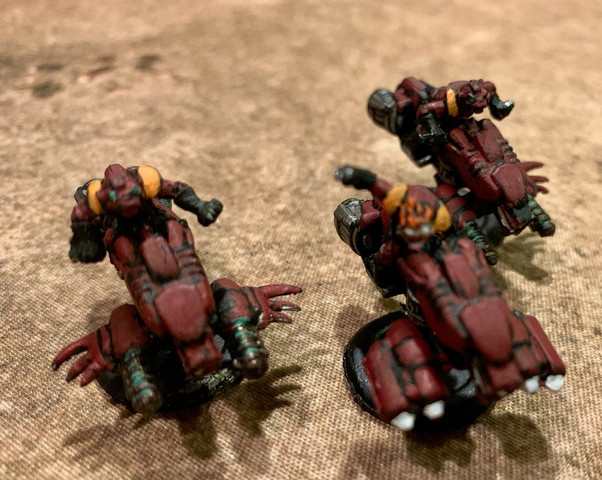 Fairly simple paint job over a black base coat to convey the armour segments on the troops and the various parts of the bikes, with a splash of colour for the engines.  I like the blue of the jet engines. 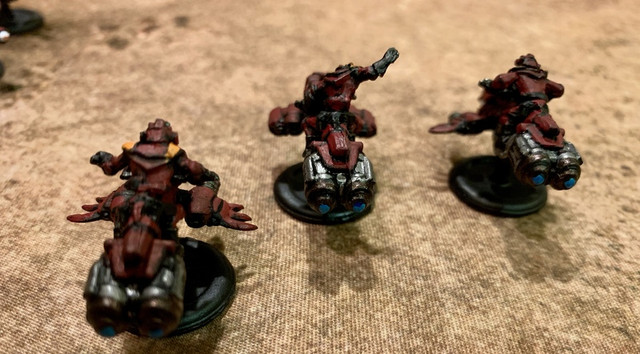 With a mix of missiles for the leaders and Tesla-type guns for their wingcats, these troops are ready to take on my friend James’ hoomans when we finally get our SF armies together. 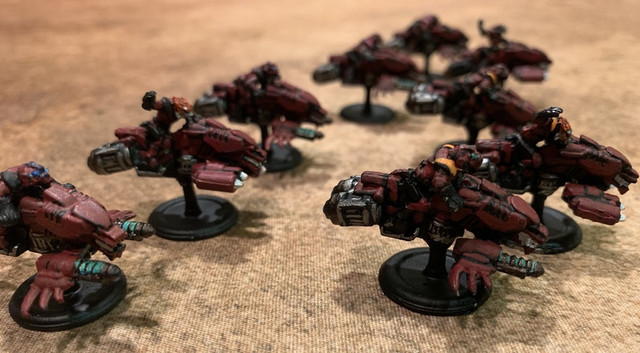 Marshall Luigi, my resident Kzin, doesn’t seem that interested in having a jetbike. 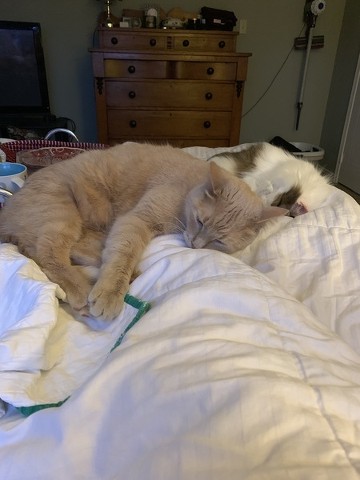 Blessings to your kitties!