Meanwhile, In Isengard - 3 The Hosts Gather

Recently my friend James (Rabbitman) and I went in together on an order of fantasy figures from Vendel Miniatures to flesh out our mutual Lord of the Rings project.  James opted for a mx of elves, dwarves and orcs.  I decided on orcs, as well as these shaggy, furry fellows.  I thought the Vendel Hillmen would be ideal for the Wild Men of Dunland, allies of Saruman.

"All Isengard must be emptied; and Saruman has armed the wild hillmen and herd-folk of Dunland beyond the rivers, and these also he loosed upon us”.  J.R.R. Tolkien, The Two Towers. 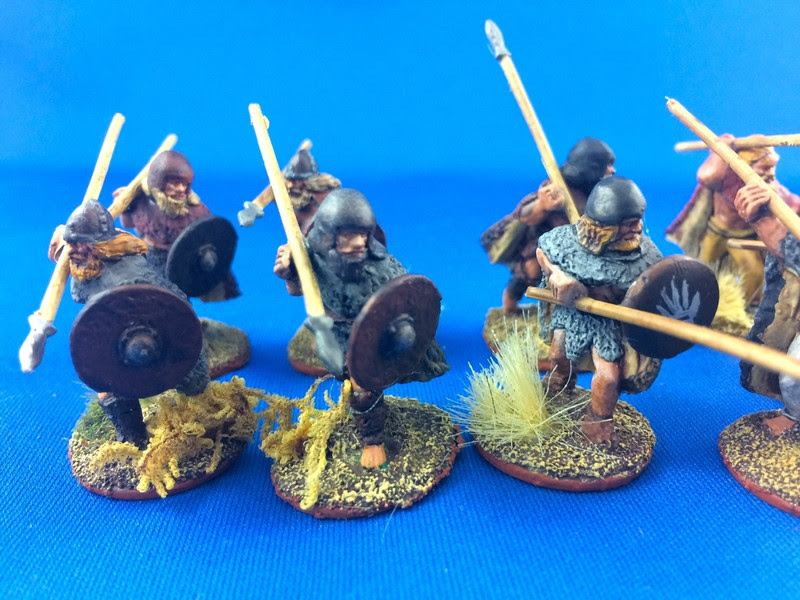 They can be used as Light Infantry in Dragon Rampant terms, or perhaps Bellicose Foot. I used a black spray paint as a primer, and had a bad experience on some of the figures when it dried in a blobby, granular way.  You can see it on the shield of the chap on the right.

Obviously, some of these shields are forged in Isengard and supplied to the Dunlendings. 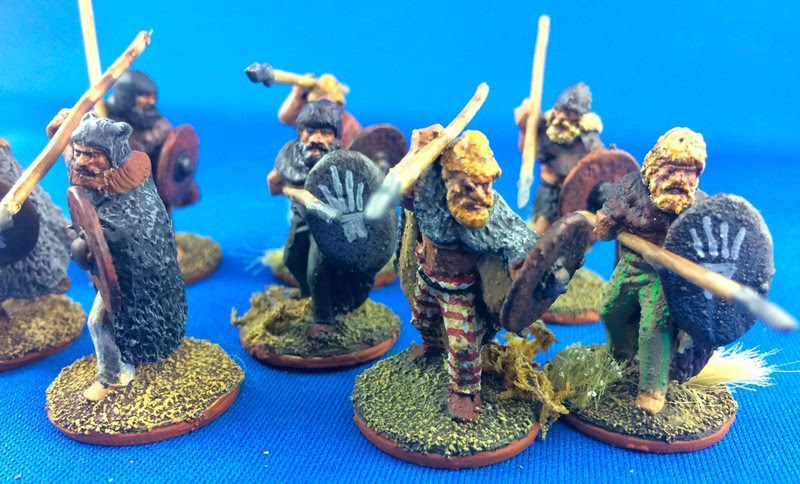 ‘Yet there are many that cry in the Dunland tongue,’ said Gamling. ‘I know that tongue. It is an ancient speech of men, and once was spoken in many western valleys of the Mark. Hark! They hate us, and they are glad; for our doom seems certain to them. ‘The king the king!’ they cry. ‘We will take their king. Death to the Forgoil! Death to the Strawheads! Death to the robbers of the North!’ Such names they have for us. Not in half a thousand years have they forgotten their grievance that the lords of Gondor gave the Mark to Eorl the Young and made alliance with him. That old hatred Saruman has inflamed. They are fierce folk when roused. They will not give way now for dusk or dawn, until Théoden is taken, or they themselves are slain.’ 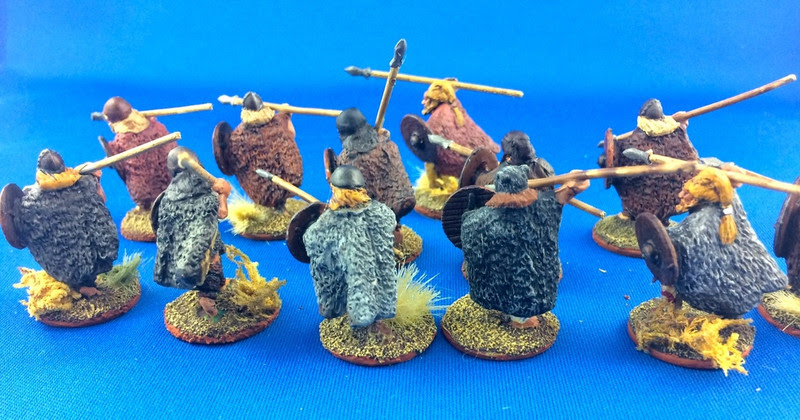 I found this GW Saruman figure, half-painted and left over from when my son and I played the GW LOTR rules a lot.  I finished basing him and added some detail to the face and hair, so I guess that counts as a complete figure.   I am not sure why one needs a Saruman figure, as he basically keeps himself locked in his citadel of Orthanc.

So besides these thirteen figures, there are additional hosts on the march.   In my last post I described going to Council Fires, a local wargaming event.   I made the mistake of going too near the Bring and Buy table, and found this small horde looking for a new home.  On the right, 46 goblins, and on the left, 31 Mordor orccs.  A few of them have the white hand of Saruman painted on their shields.  I will have to change that to the Red Eye of Mordor. 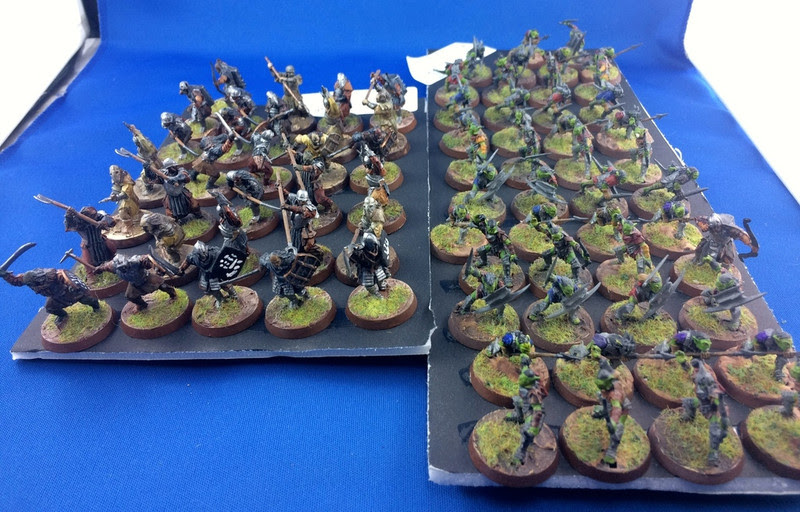 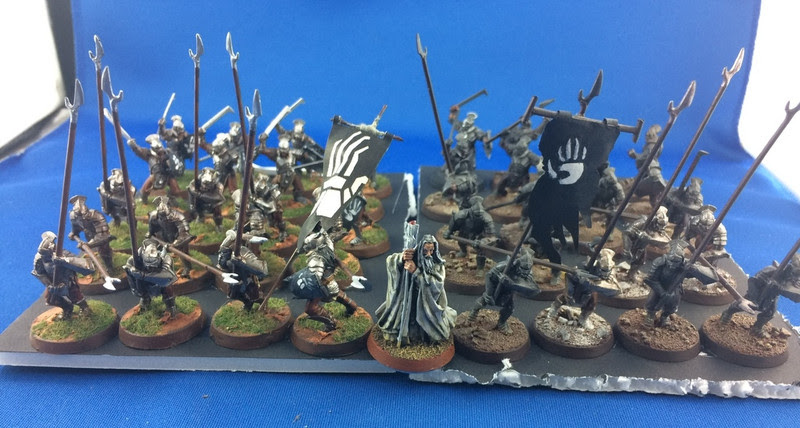 With the Dunlendings arriving for the fight, and more of them on the painting table, things look quite grim for the Free Folk of the West.

Not counting the miniatures purchased at the Bring and Buy, these figures bring my 2016 totals to: