I can vouch for the fact (because I pay the telegraph boys and lick the envelopes) that the cables and dispatches are flying between the European capitals after Turn 3 of our Diplomacy Game.  Here are the moves for S1902.

Note the first instance of international cooperation, as Austria’s Army in Serbia helps the Turks to take Rumania, destroying the Russian fleet there.  Germany plays it cautious this turn but plucks the low-hanging fruit of Denmark, while England’s situation worsens as, with Norway gone, she loses her only build thus far.    While France can feel confident in the north, the Italians marching into Marseilles must be an unpleasant shock. 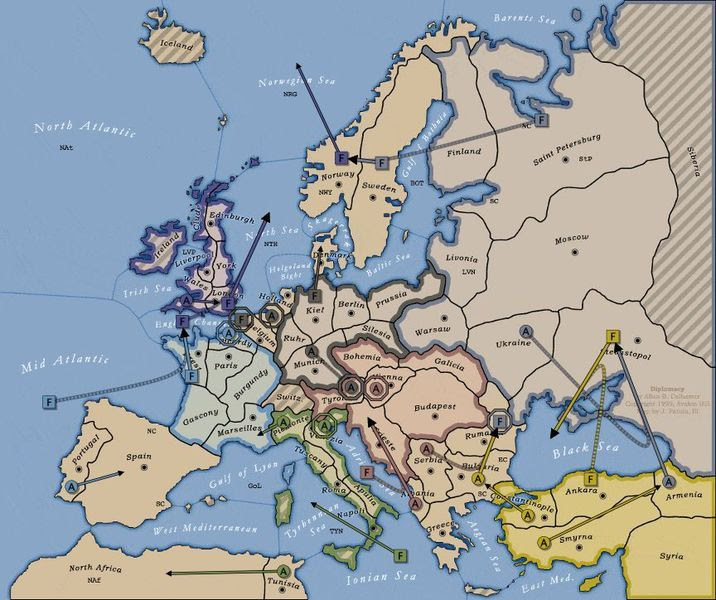 Here is the situation as of the Retreats Phase.   England’s fleet is driven out of the English Channel, and only has two retreats, the Irish Sea or Wales.   I await the English player’s decision.    Hard times at the Admiralty as the south coast now lie within range of French naval artillery. 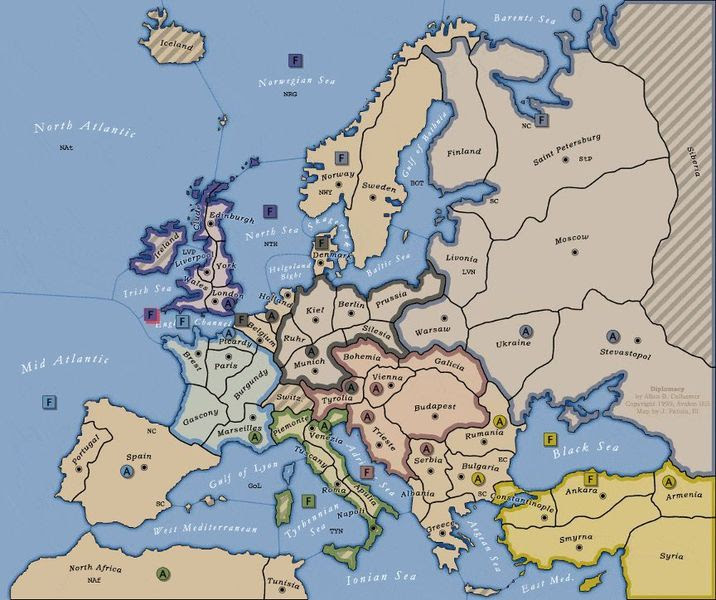 Expect the next turn this Sunday.   Subscribers to the Daily Dissembler may see an issue before then.   Your letters to the editor are encouraged.

Blessings to your intrigues!