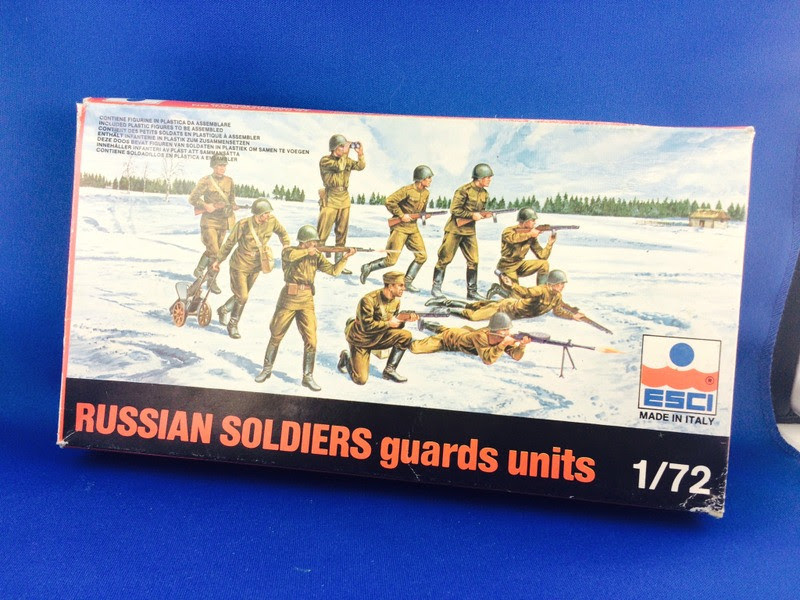 I had a copy of the Osprey book on the Red Army in the Great Patriotic War, but not a lot of painting smarts, so I tended to paint them all in Tamiya Flat Earth brown, so they looked like this.  The basing was pretty minimal - cereal box cardboard with green paint and some simple green flocking.  I’ve taken these chaps off a base so I can repaint them in dribs or drabs, as the spirit moves me while at the painting bench. 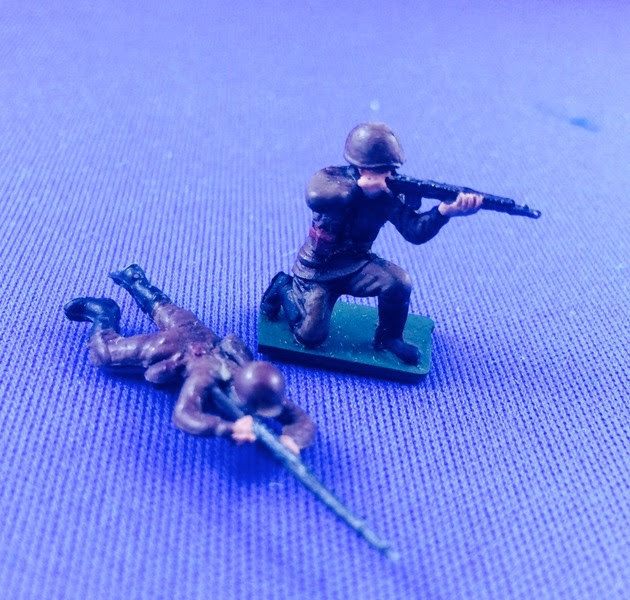 I’m fairly happy with way I’ve been able to clean these figures up.   A fairly simple process.  Following a speed painting tutorial I saw once on The Guild website, I did the helmets in Vallejo Russian green, the tunics in Vallejo Dunkelgelb primer, and the trousers in Vallejo Russian Uniform.  I left the red leather belts from the original paint job untouched, but added some fresh black to the books, some Army Painter gunmetal silver to the SMGs, and some Citadel Bestigor Flesh to touch up the faces.  I then hit them all with Army Painter Strong Tone wash.  Basing done to my usual spec for 20mm WW2 fire teams, a piece of MDF cut with a circular saw and my normal SOP for terrain and flocking. 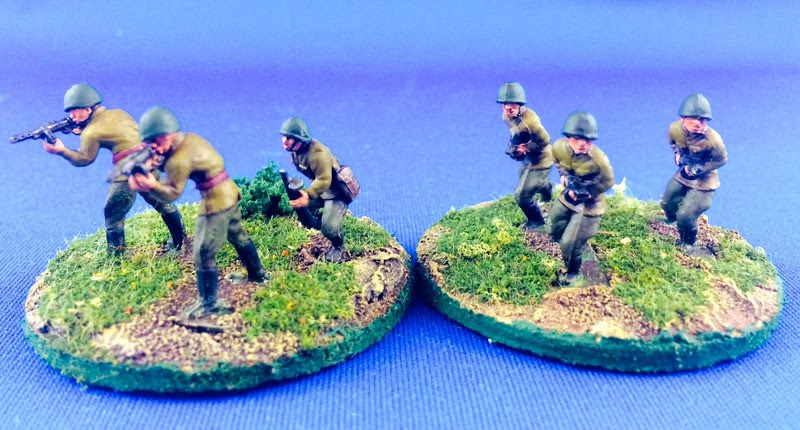 I like the running figures, they have that rugged, determined quality of Soviet Realist artwork.  Onwards, comrades!

Hopefully they’ll last for another two decades of gaming.