There’s probably a limit to the number of 28mm artillery models one can reasonably put onto a table.  I now have at least a battery per side, but with these Perry Bros models, I can go beyond that.  Three guns and limbers (though no horses) per kit is not a bad deal. 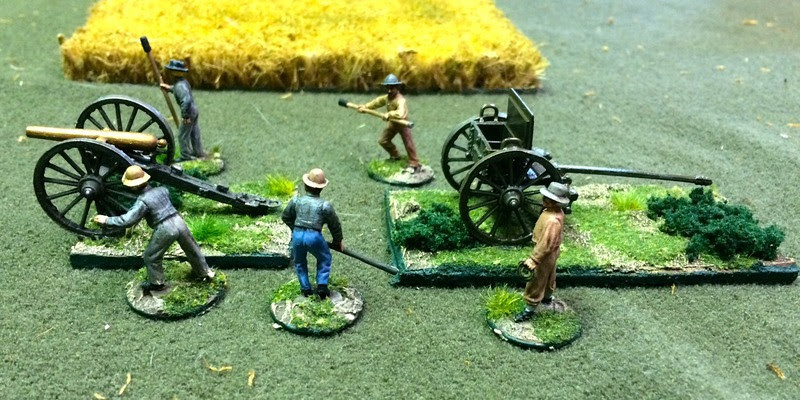 Pulling the lanyard - a split second before the gun goes BOOM. 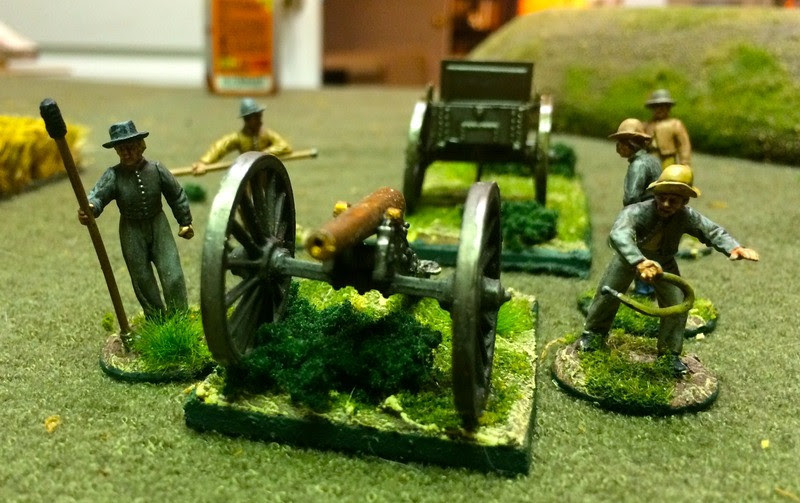 I only did one sprue’s worth of artillerists.  While the Perrys have provided enough poses for a gun crew loading and firing, I rather mixed up these fellows.   I hope by the time I’m finished I’ll have a coherent Union and Confederate gun crew.  The eccentric lighting of my games room doesn’t show their faces as well as I’d like. 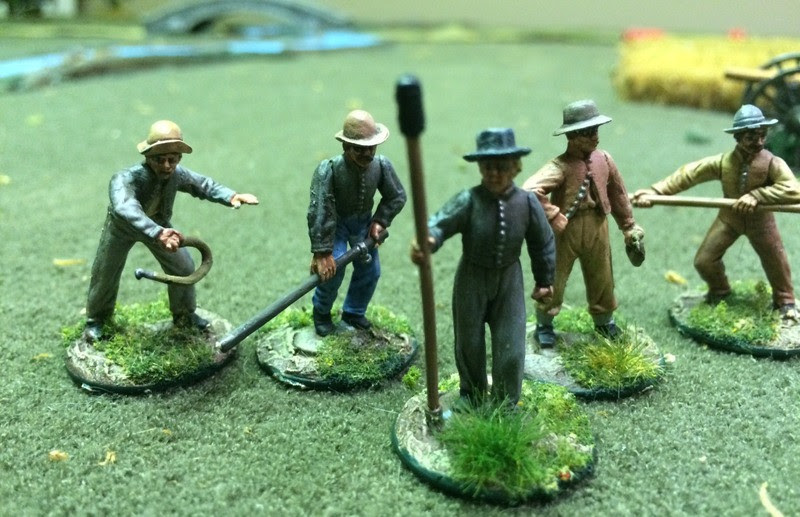 I did one limber open for firing, and the other closed for movement.  If I feel like splashing out later, I could get some of the Perrys’ metal limber teams and riders.  For now I have some nags I can use as a limber team, though I don’t have any riders. 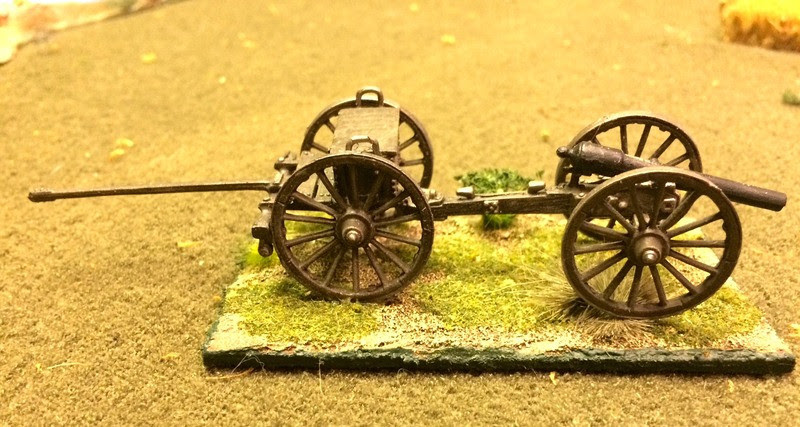 Since plastic cannon aren’t that expensive, I thought about glueing the gun and limber together. 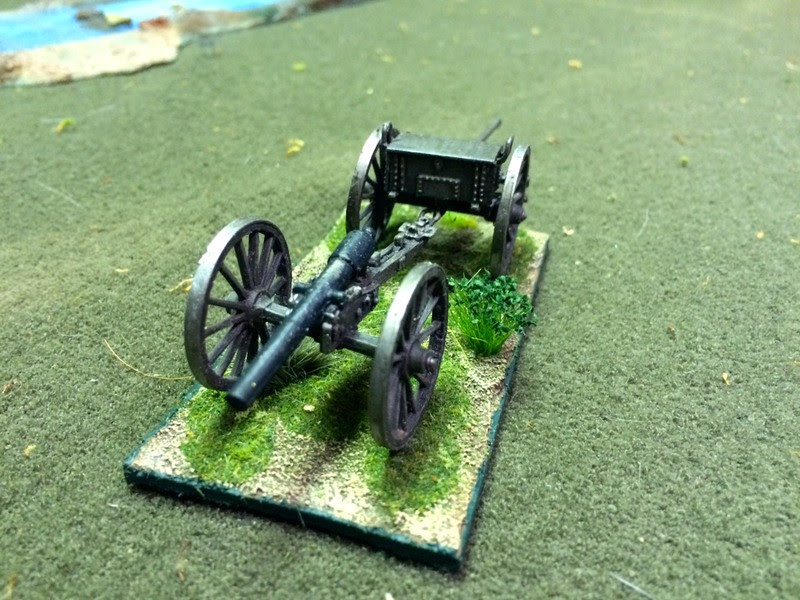 But then I decided just to glue the limber on the base and keep the cannon unglued.  I can pop it on its own base when needed. 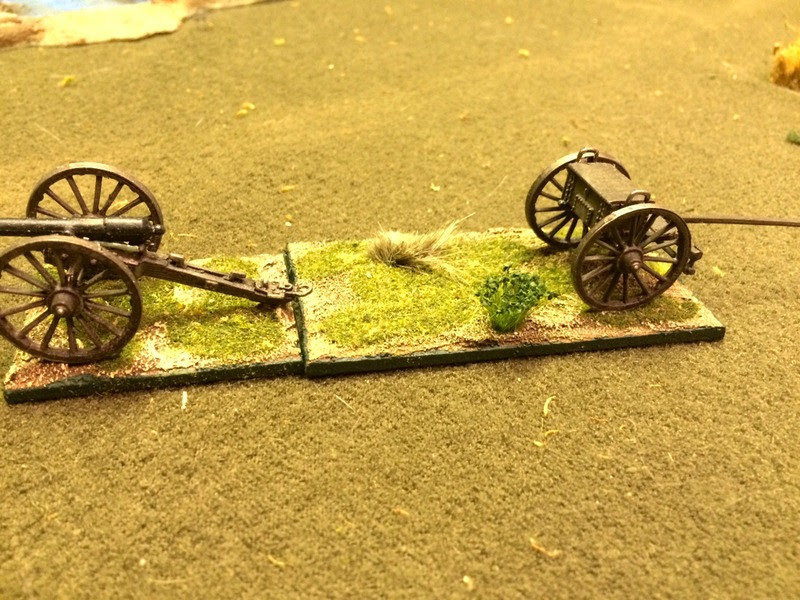 “Hey, Fred, how come we’re not going anywhere?”  I found these two RAFM limber riders in a box of sad and forgotten figures from bygone years. 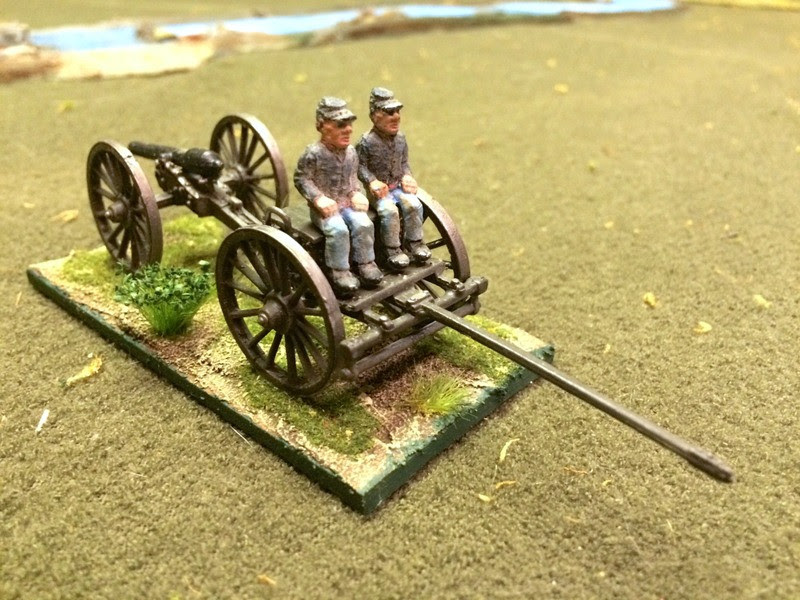