In my last post I showed off some of the good things I received from friends as gifts.  Part of the pleasure of Christmas is also giving, and as part of the Santa Clause project, I got a recipient who wanted some of the refugee models done by Peter Pig.  These castings might be suitable for any year of the Second World War and almost any setting.   I choose a pack with a pair of men pushing handcarts and eight walking civilians, a gentleman with two suitcases, a mother holding an infant, and a mother holding the hand of a young child.  Here are they are fleeing as German forces advance  - perhaps we are somewhere near Arnhem judging by that Tiger1 in the background?

The handcart models are quite cleverly done.  You get two different loads, the wheels are separate to the body, and with a little drilling with a pin vice the handles of the cart go through the hands of the chap pushing it.  I did one in red to suggest that it was taken to the town market or perhaps pushed around by a street vendor, and the other one as a working farm cart. 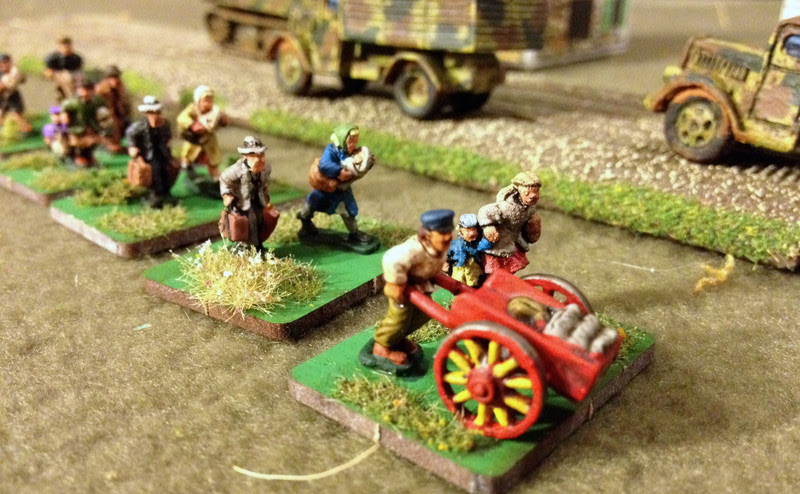 Bases are by 4Ground, with just a little flocking. 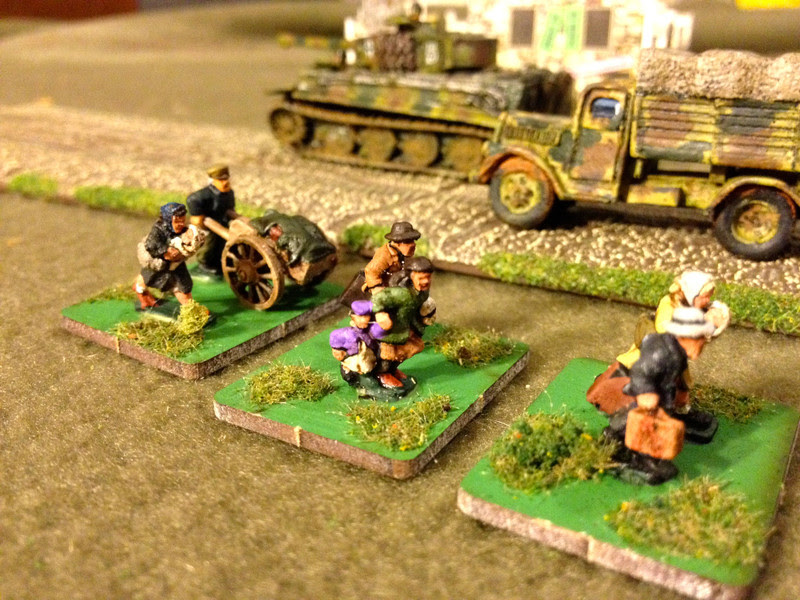 My priming work obscured a little of the detail on some of the faces, I hope the recipient won’t hold that against me.  The last base reminds me of the final scene of A Bridge Two Far, where Lawrence Olivier and Liv Ullman and her children are moving through an empty countryside as the final credits start to roll. 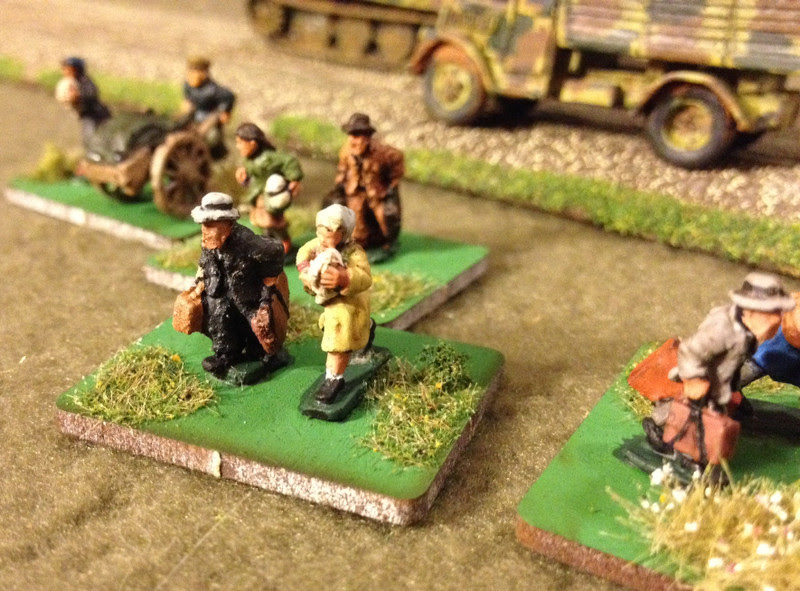 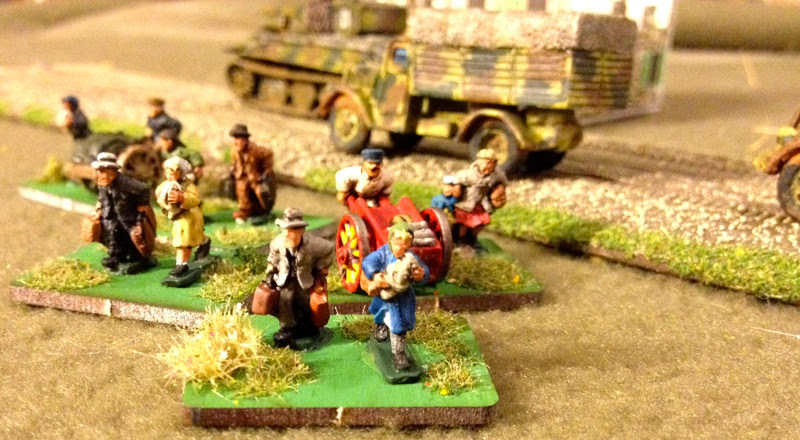 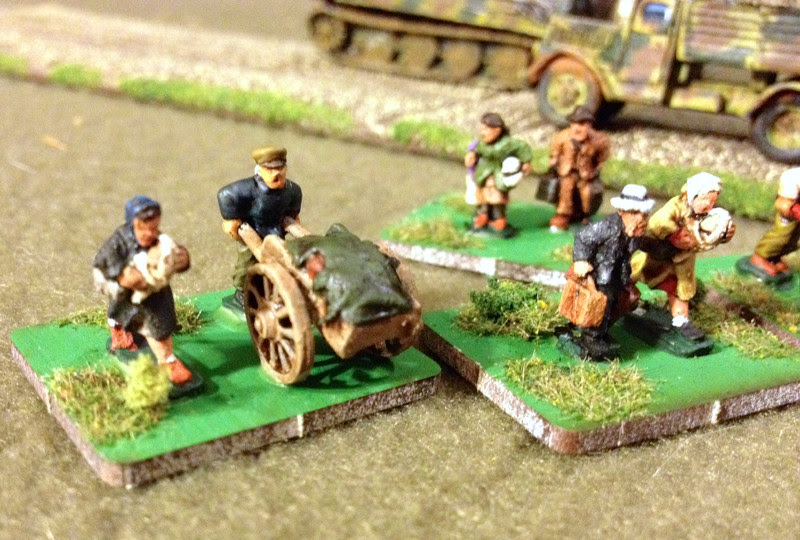 So as the year ends, I will count these as 12 15mm foot figures and 2 15mm vehicles, for my own totals and for the VisLardica painting challenge.  They won’t count for the Analogue challenge, but that doesn’t worry me, I’m not overly invested in that project, and am merely content that I got these figures to their new home by Christmas.

I have a few more projects I think I can get done before the end of the year.  Blessings to your brushes!