Some interesting developments occurred in the fifth turn of our Diplomacy game.

Russia’s position has taken a turn for the worse as Turkey has turned its cannons north.   The Russian Army in Rumania has been forced out by three Turkish units and has to retreat north to Ukraine (or be disbanded - Russian player’s choice but the retreat seems a no-brainer.

Germany’s enigmatic foreign policy has contributed to Russia’s setbacks as the German army in Bohemia tips the balance in giving Italy the keys to Vienna.   England’s second army now makes its appearance on the continent.   France and Italy continue to advance their interests in the south of Europe.

More analysis coming in the next Daily Dissembler. 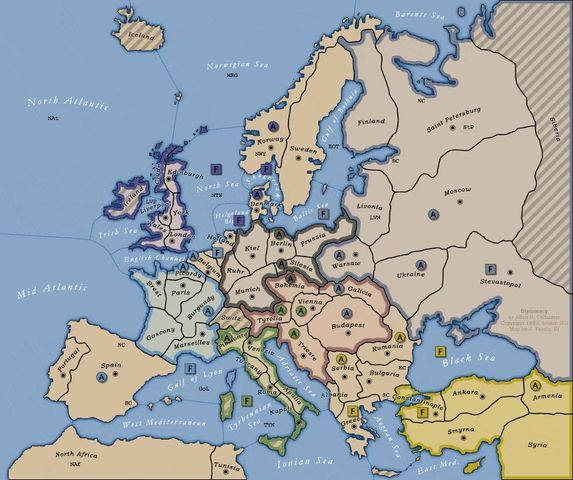 No order for unit at Vienna. Hold order assigned.  Austria:
A vie Holds  Dislodged from tyr (3 against 1).

Russia: A rum Holds; Dislodged from bul (3 against 1).  A Gal has only one retreat option, to Ukr.