During my American Civil War reenacting phase (I can't quite call it a career), one of the best events I attended was a march through the beautiful countryside of Loudon County, Virginia. I remember marching through deep sunken roads, with banks above head height, easily 3 to 5 metres, topped by stone walls, trees and vegetation. These were much deeper than the well known Sunken Road at Antietam. I always wanted one for my ACW tabletop, and so it became a project for this summer.

I started with MDF board but to shape, some pink styrofoam insulation, and white carpenter's glue. One the foam was cut into shape, I sculpted it using a hacksaw and sandpaper. 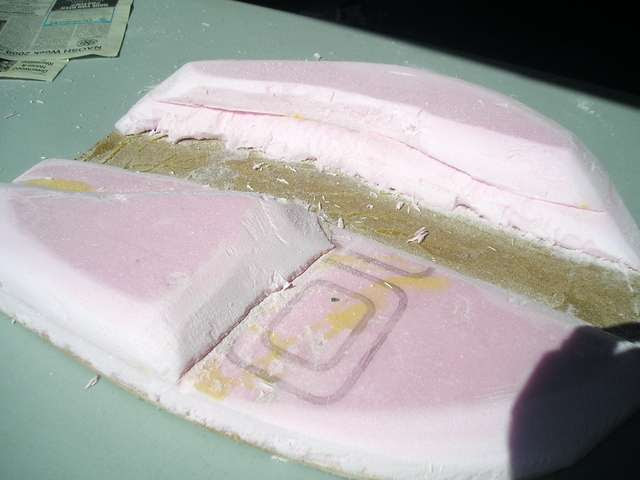 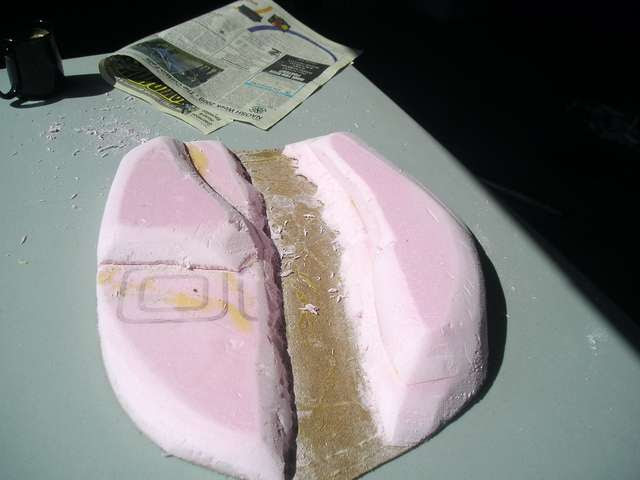 Once the sanding was complete, I filled in the rough bits and holes using plastic wood putty, slightly watered down. Yes, for you Canucks, that is a cup of Tim Hortons in the top of the picture. 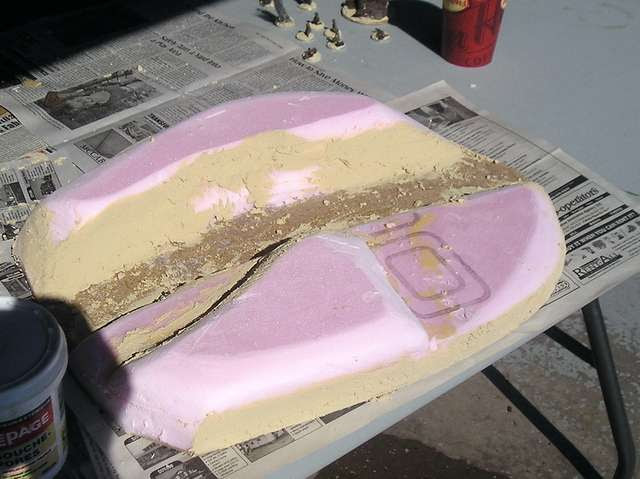 Next I painted the whole thing with leftover brown housepaint liberally mixed with play sand. The paint and sand, combined with the wood putty, left the whole thing as tough as rhino hide, which is good for toughness and durability. I then drybrused the whole piece using yellow ochre and some lighter shades.

Next I added Woodland Scenics products for the vegetation: 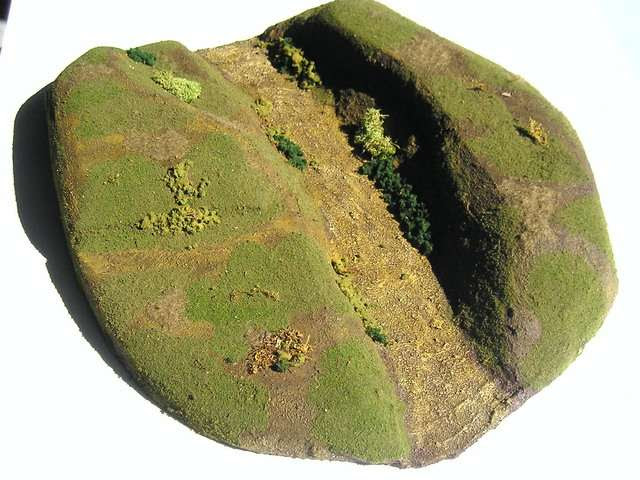 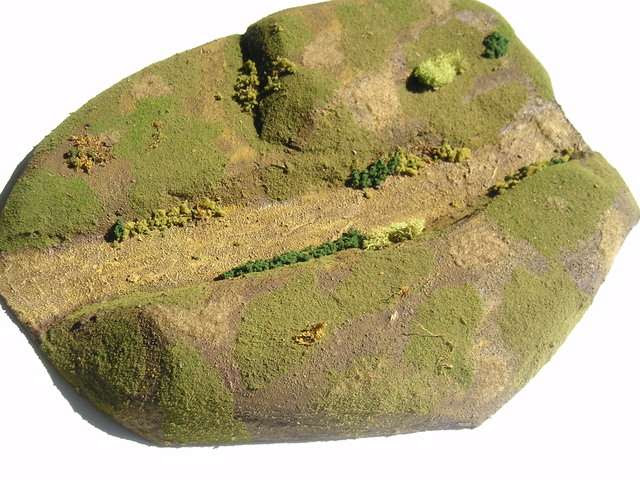 Here's the finished piece with some of my 28mm ACW collection to give a sense of scale: 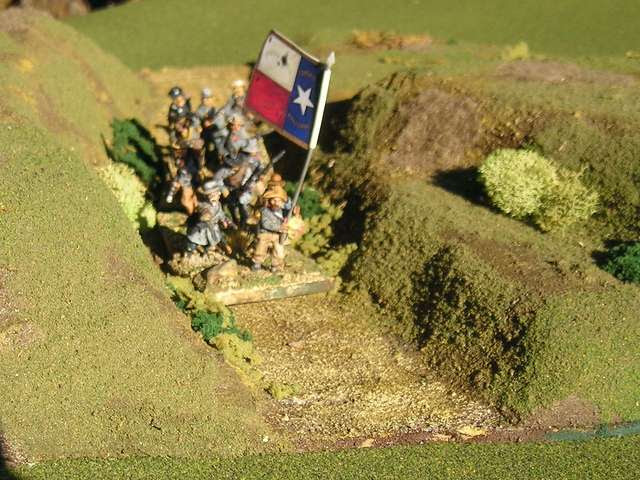 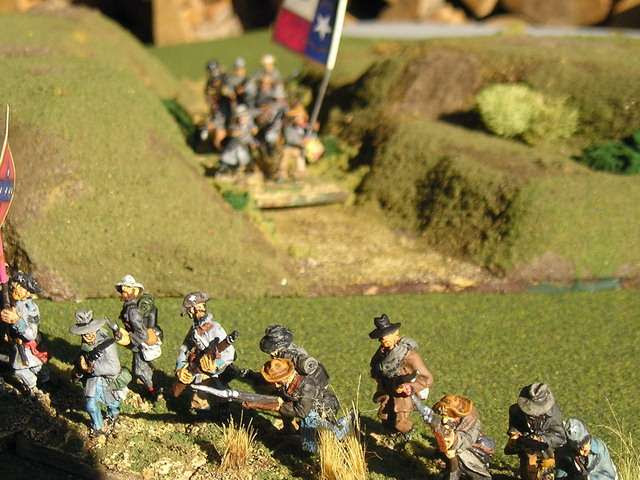 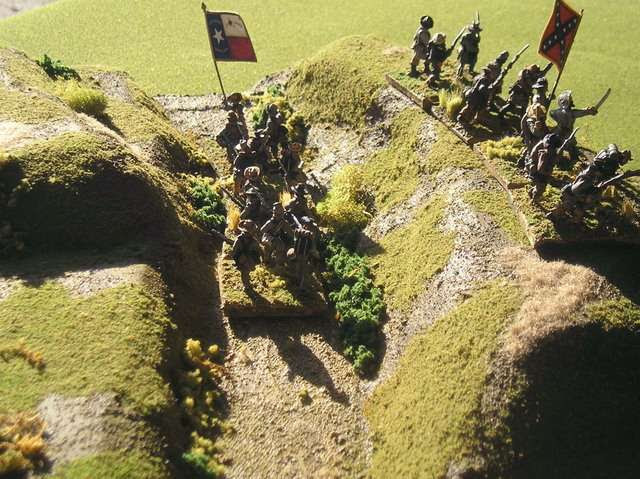 While some of the contours are a bit clunky, they are also flat enough to place troops, guns, or additional terrain features such as tree stands. For the time cost I think I have a nice terrain piece to add interest to some ACW battles, and which can also be used in European gaming such as 20mm WW2.
Posted by Mad Padre at 4:50 AM