Panzergrenadiers! or, How I Did My Bit for the Economy

A good friend of mine, James Manto (of Hotlead fame - Hotlead being the premiere miniatures wargaming convention in SW Ontario) recently became a victim of the downturn in the auto parts industry, and is falling back on his painting skills to help make ends make. Some months back I sent him a Battlefront 15mm late WW2 Panzergrenadier platoon, complete with resin APCs, and was delighted to receive a well-packaged shipment of toys back from him last week, which make a significant addition to my Normandy project.

Here's the complete force, just itching to be unleashed and throw the invading Englanders and Amis back into the sea: And here's another shot of the infanteers. I like the way James has done the camo in an impressionistic manner, without trying to slavishly repoduce one of the myriad German camo patterns. I also like the simple way he's done the faces. 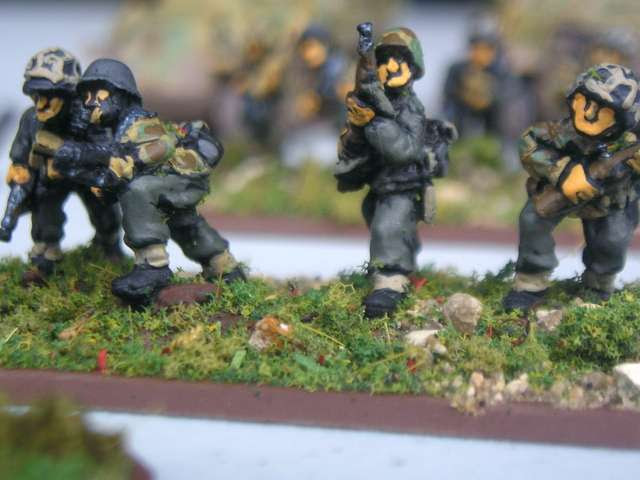 And here are some shots of the German Hanomag armoured personnel carriers. 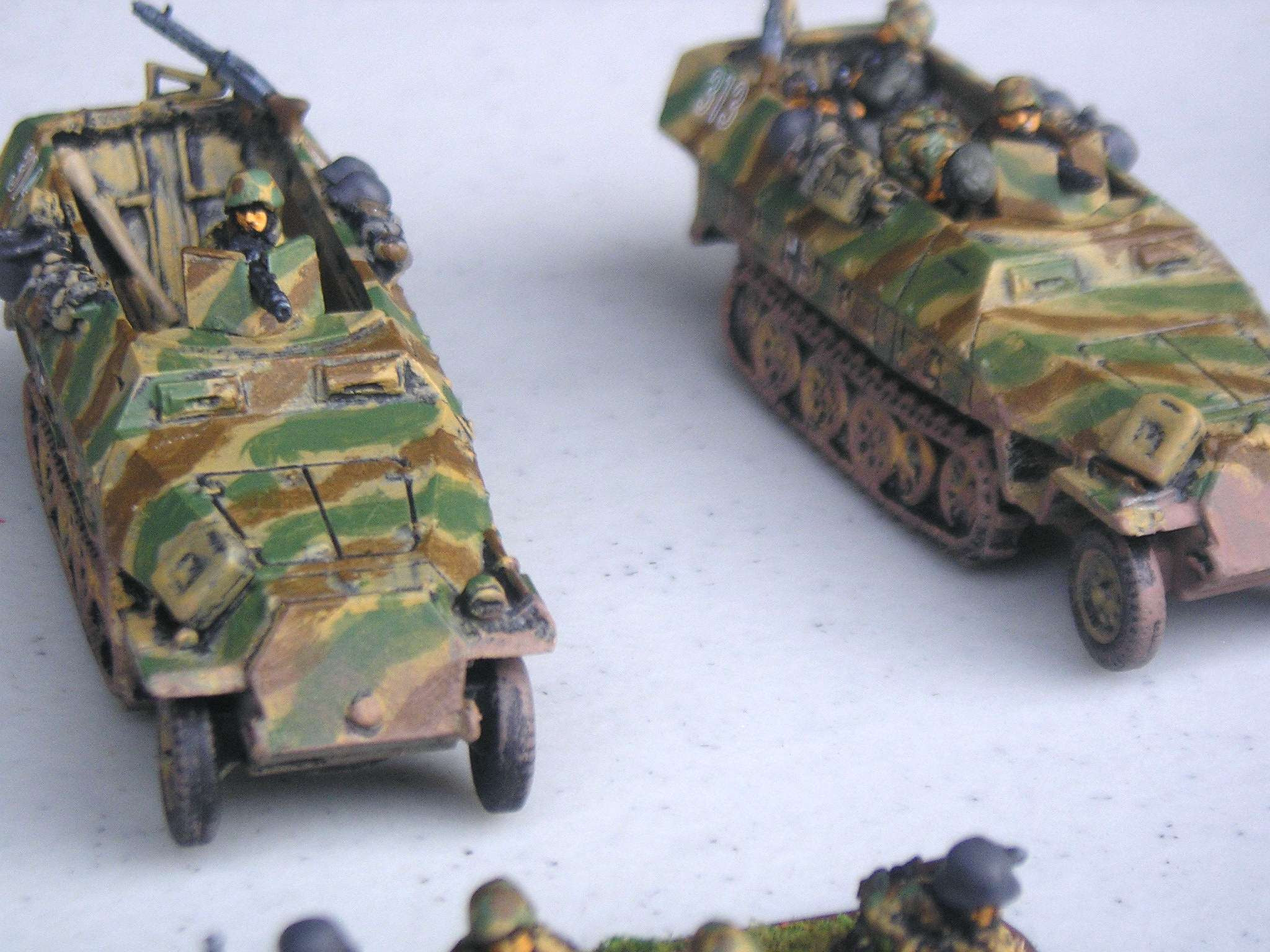 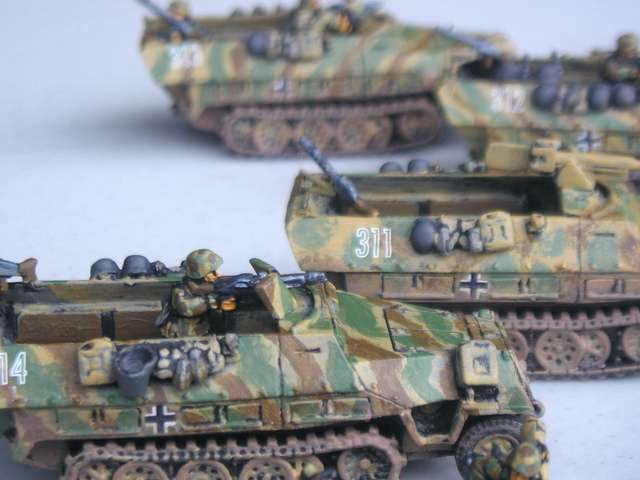 James also had a Commonwealth HQ group which he included in the detail. They will be a nice addition to my Canadian force - the little chap standing with the moustache is a deadringer for RCR demigod Strome Galloway. 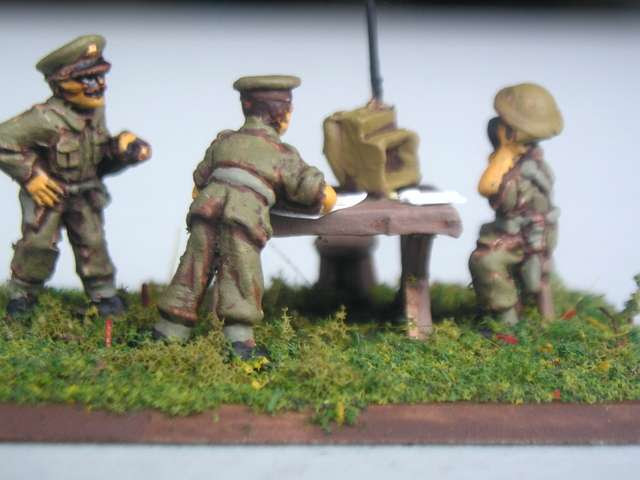 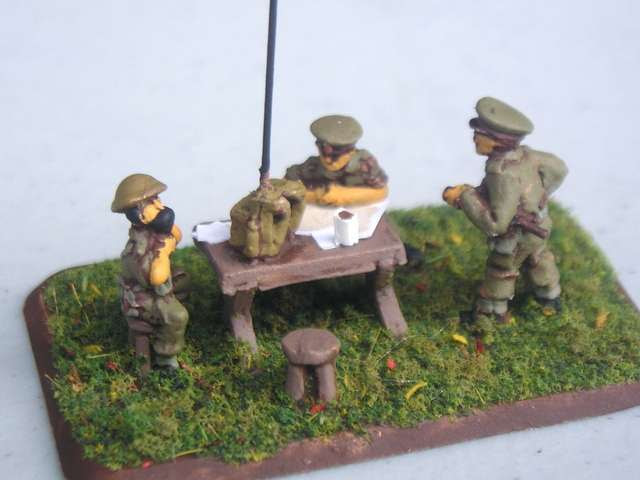 This is the first time I've paid another person to paint my figures and I'm happy with the result. I certainly recommend James to others and I'm scraping up some cash to hire him again.
Posted by Mad Padre at 5:40 AM