Games With John and James: Or, What I Did Over My Summer Holidays

In my last post, I mentioned that I’d been fortunate enough to spend the month of August off, and besides some overnight trips with the lovely Joy, including taking her to Paris and too many wineries.  Besides Brantford County’s city of light on the Grand River, we headed east to Prince Edward County, near Kingston.   On the way we stopped in the river town of Belleville with its stone buildings along the river, hoping against hope that the Museum of the Hastings and Prince Edward Regiment was open, but alas it has been shuttered since Covid. 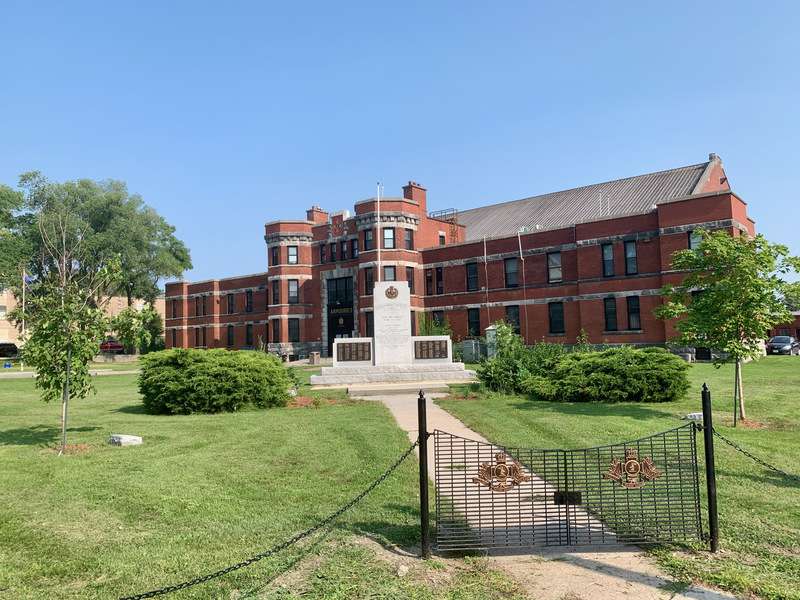 The “Hasty Ps” as they are still fondly known are an active regiment in the Canadian Army Reserve.  They were the subject of Canadian author Farley Mowat’s memoir The Regiment, describing his service with the regiment in Italy.  I hope to get back here to see the museum post-Covid. 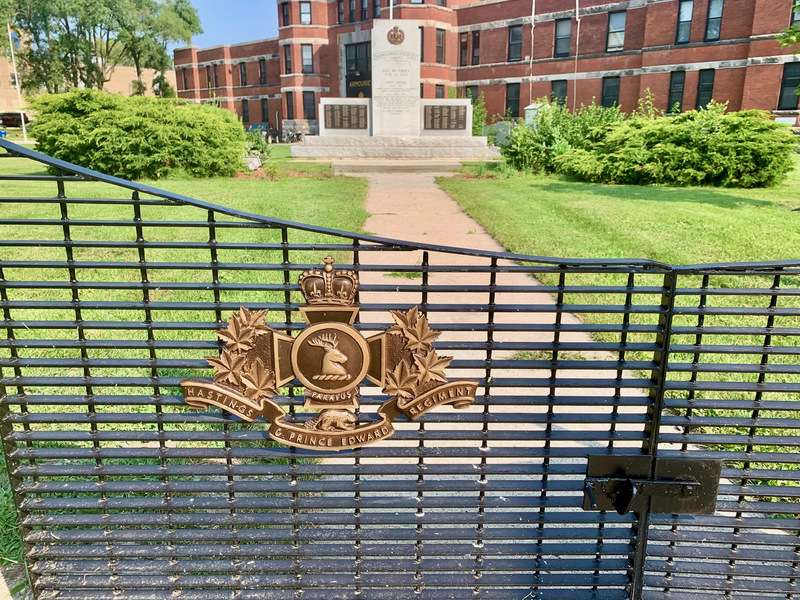 After a pleasant lunch in Belleville, onwards to nearby Picton, our base camp while we visited several excellent wineries.   The Niagara Peninsula is best known as Ontario’s wine country, but there are some stellar vintage to be found in PEC.  Our favourite was Karlo Estates, where we found some delicious reds in their charming barn/store. 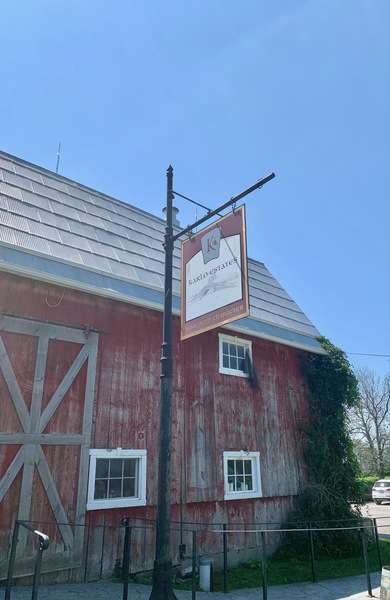 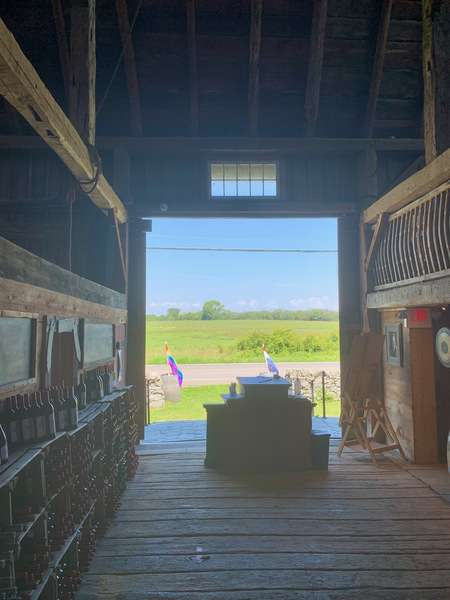 Also found some delicious whites and serenity at Closson Chase.

Our hotel in Kingston offered a stunning view of Royal Military College, our equivalent to Sandhurst, West Point, and ADFA, as well as Fort Henry in the background. 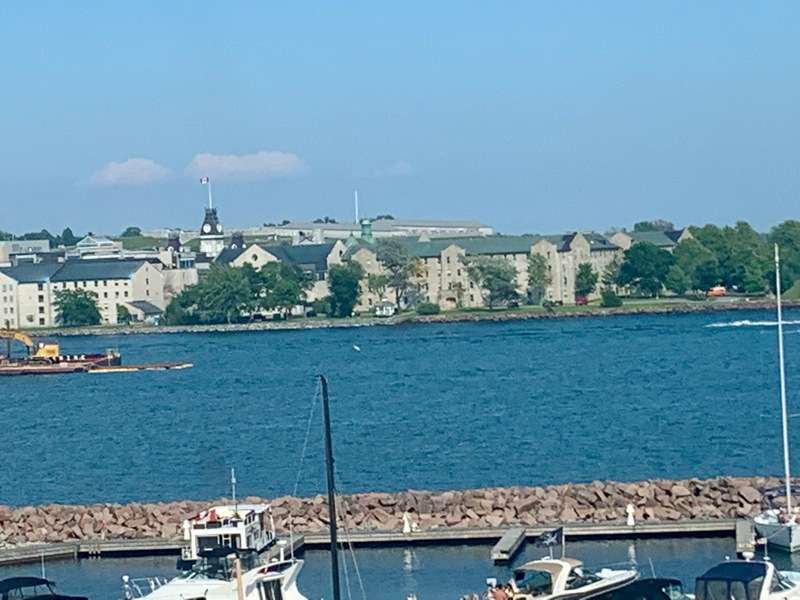 Early morning walk allowed me to visit one of the Martello Tower fortifications surrounding Kingston’s harbour.  This is the Murney Redoubt, built in 1846. 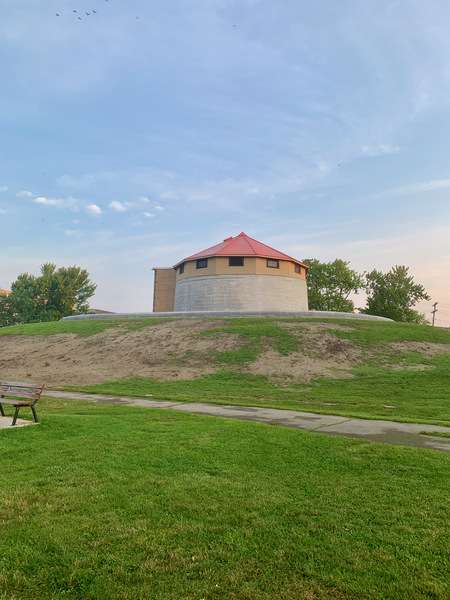 Quite a solid piece of masonry! 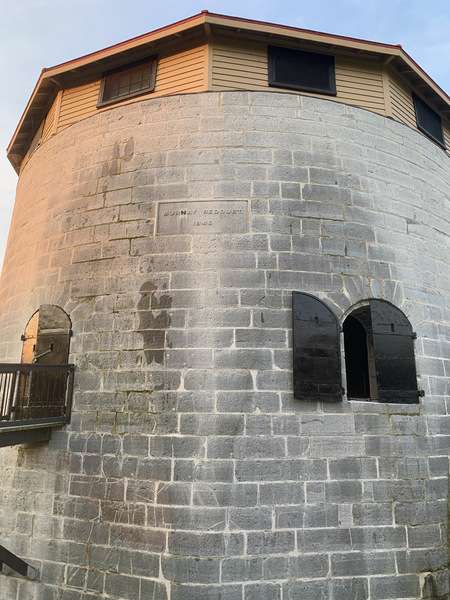 During the last week of August I was delighted to spend a week with my son John, who I hadn’t seen since before Covid.  Despite a forest fire that had temporarily closed his local airport on Vancouver Island, and a long night camping in the terminal in Vancouver, John’s flight arrived.

One of the highlights of our visit was a weekend at my friend and podcast partner James Manto, keeper of the Rabbits in My Basement blog.  We got in two days of gaming, starting with Bag the Hun on James’ nifty custom-designed mat.  John and I flew some snazzy Spitfires, but our lack of coordination had us flying all over SW England. 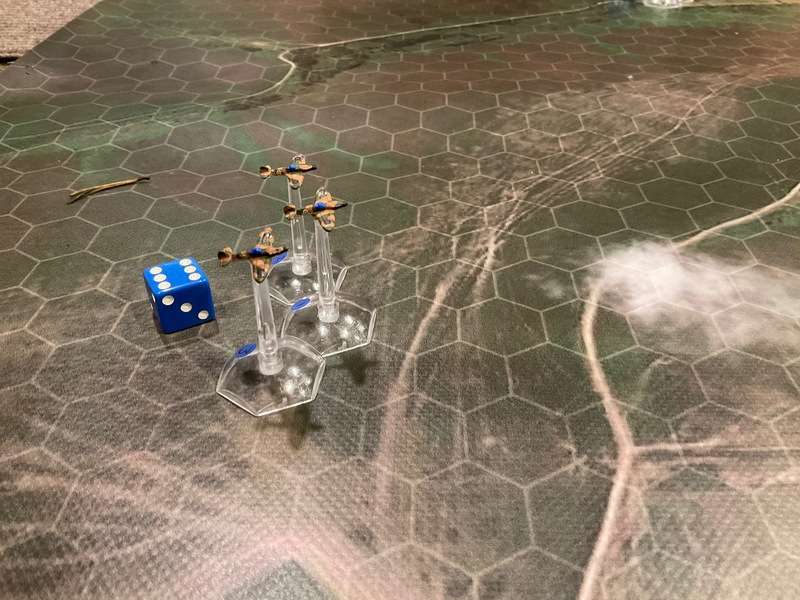 John did manage to knock down an ME 110, saving his dad from it hail of cannon fire.  I think we decided that the match was a draw. 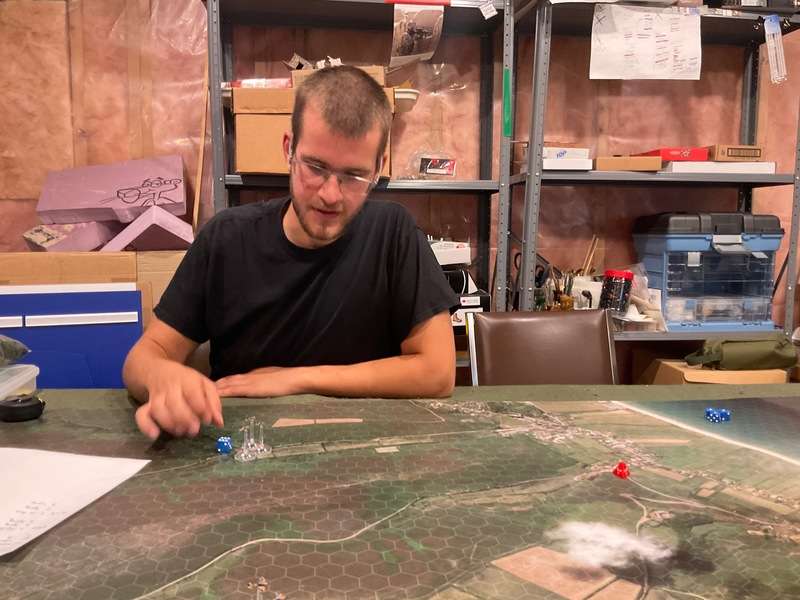 Then a game of Sharp Practice using James’ stunningly good new Napoleonic figures.  James and John teamed up as a Bavarian (James) and French (John) force, while our friend Scott supplied the Austrians and French figures from his innumerable collection.  Here James shows John the fine art of stacking the deck. 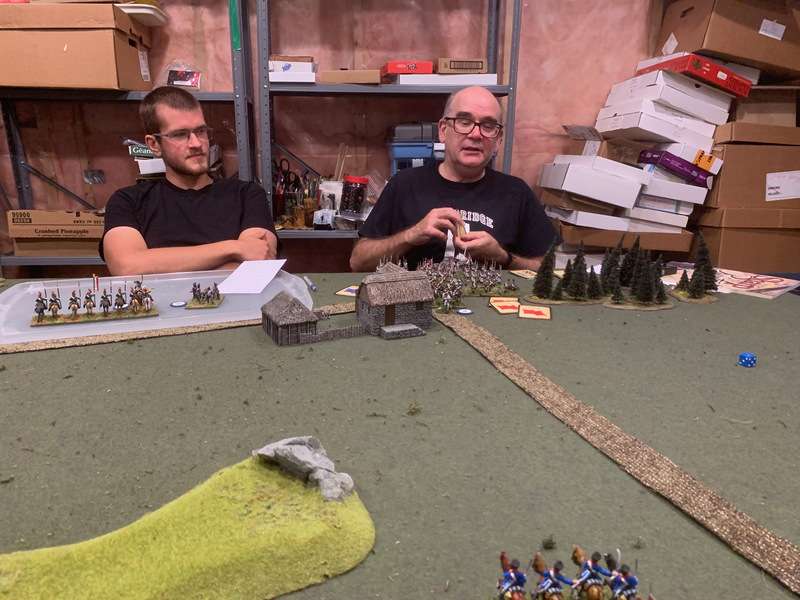 Scott’s Kaiserlicks advance steadily towards John, who doesn’t appear the slightest bit alarmed.  My Russian jaegers loiter calmly on the hill, keeping an eye on James’ lights in the building top right. 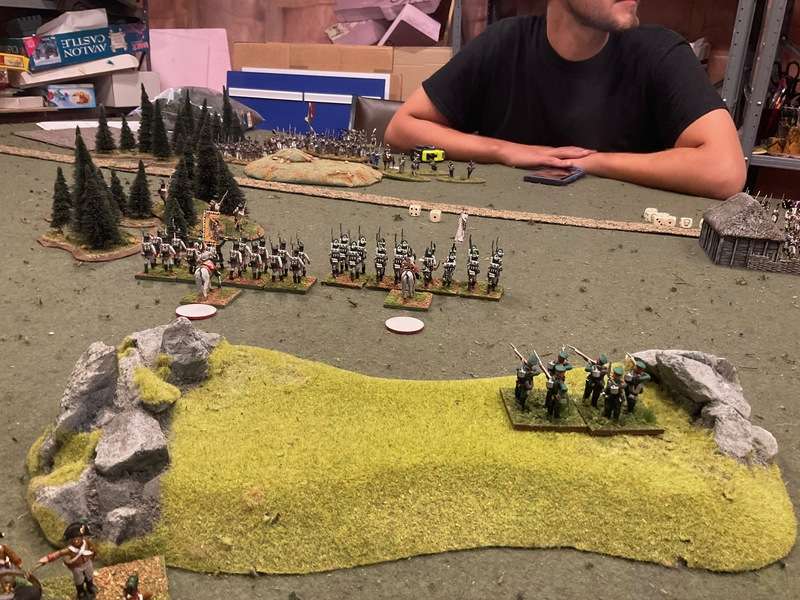 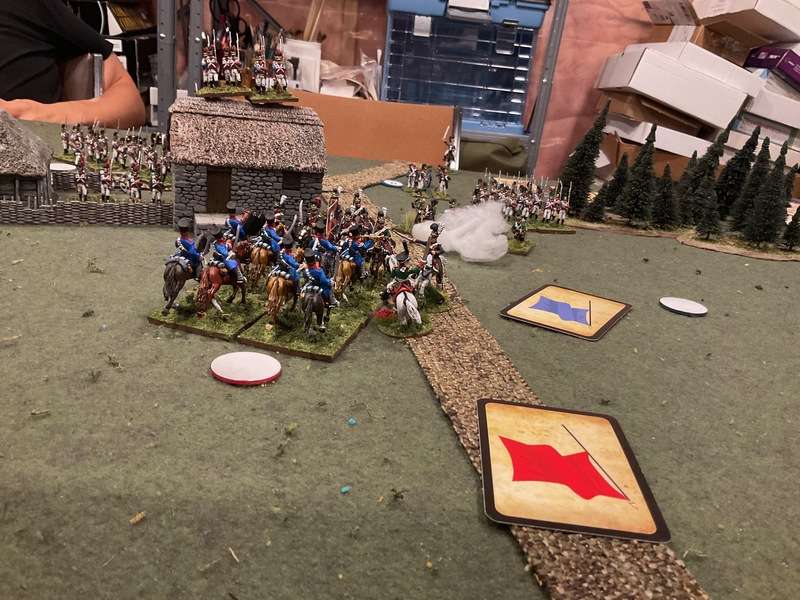 Things are heating up between Scott and John.  Both sides’ line infantry battered their oppos into a pulp, without much of a clear result until the end, when John’s French began to fold after their Level 3 leader caught one in the head. 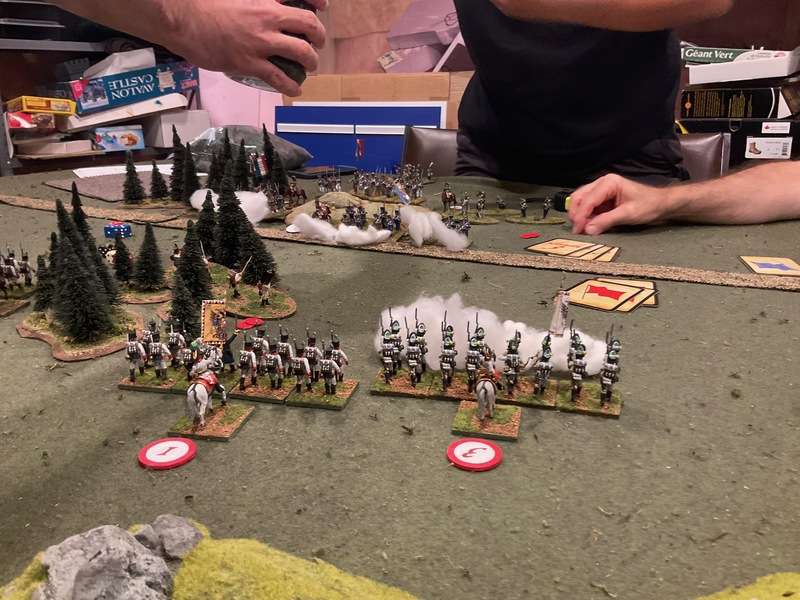 Meanwhile, after trading away our light cavalry for little gain in return, James and I were content to spar at long range.  Russian gun trades shots with the Bavarians, spreading some shock but not adding much except smoke and decibels. 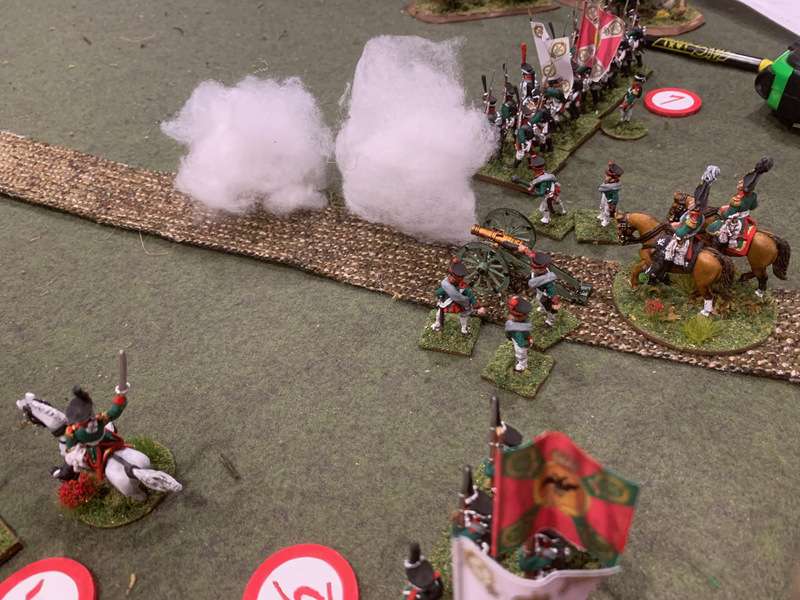 James was content to skulk in his nice stone buildings, and my Russians weren’t eager to die trying to evict the sausage munchers. 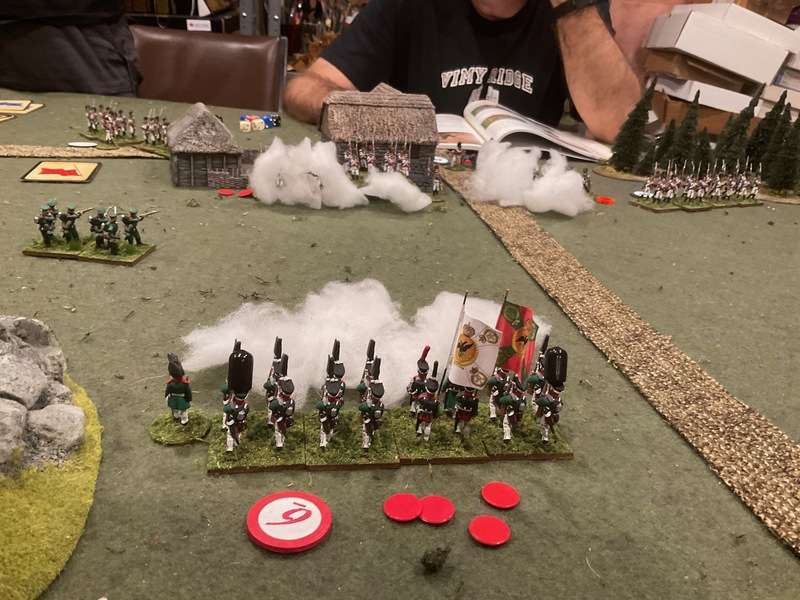 In the last moments of the battle, Scott elected to throw his light cavalry into the fight.  As I’ve witnessed with a lot of new players of Sharp Practice, he quite overestimated their chances of success.  SP is a relentlessly tactical game.  When the numbers are mostly equal, foot with loaded muskets/rifles charged by cavalry to their front, can usually see the horse off.   Save your cavalry for picking off the groups with lots of shock, or work your horse around to the flanks or rear. 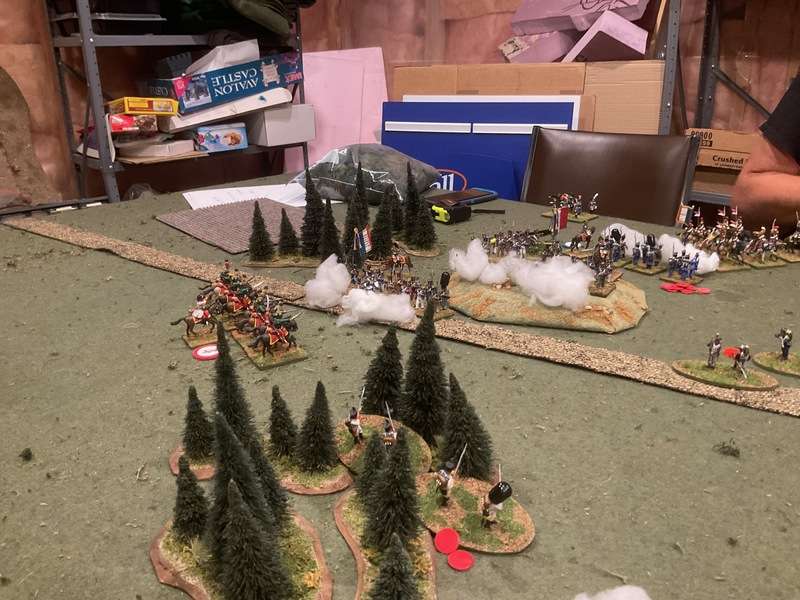 So a grand weekend of games and kind hospitality offered by James, thanks mate.  We also got in our usual Lord of the Rings themed game using the Dragon Rampant rules, which I’ll save for my Friday Fantasy feature.

Otherwise John and I had an all too brief time in which we did a few days of paddling and another day of cycling.   John pushed the old man hard and I didn’t admit my weakness, secretly chugging handfuls of Advil at night. 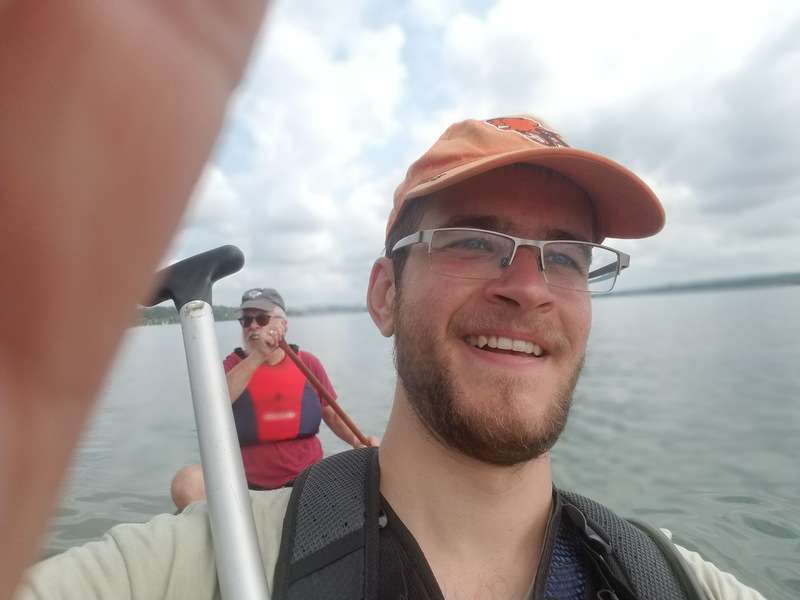 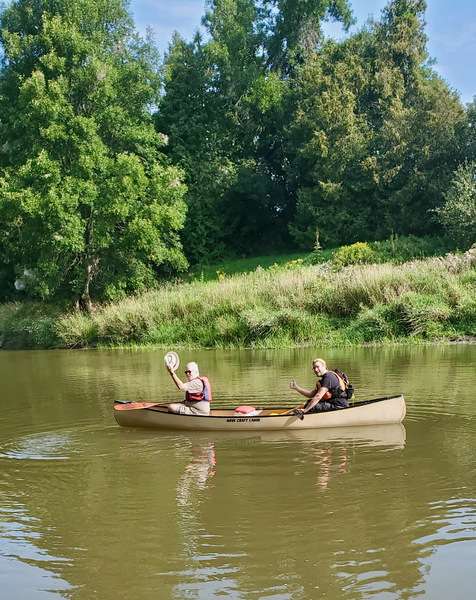 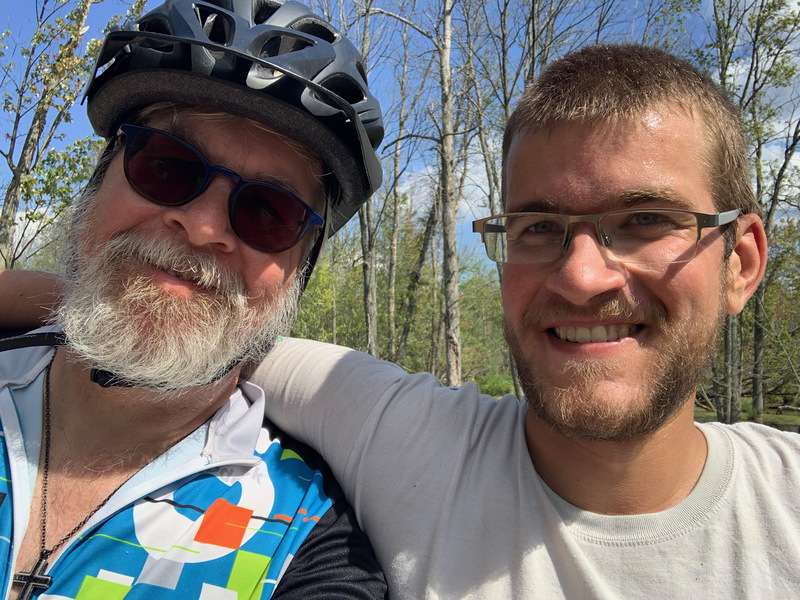 John’s home now and he is about to be the proud owner of a Warlord Games French and British Penninsular War starter sets and some nice fresh TFL Sharp Practice rules as a birthday present.  I’m excited that this young chap was impressed enough by his gaming holiday that he wants to make the jump from the GW world.  A few days after our weekend with James, I took John to my FLGS for another game of Sharp Practice, and he had totally mastered the rules.  In another Napeolonic game, with us as the French, we handily defeated an Anglican-Spanish force of better quality.  John skillfully used his two groups of voltiguers to harass and paralyze a cautious British player, and then brought up his formation of conscript infantry to deliver a Crashing Volley that broke the redcoats and earned us a handy win of 4-0 in Force Morale.  I hope it’s not another two years before I see him again.

I hope your summer holidays were as pleasant.