Raid On The Elven Woodland Realm: A Dragon Rampant Report

Not feeling up to some more complicated historical rules, much as I enjoy them on occasion, I wanted to get my fantasy collection on the table and give some new figures an outing.   Thus, the Wizard La Main Blanche rallied his unspeakable hordes and marched on the Elven Woodland Realm to pillage its magical mushrooms, or some such.   Orc army of about 60 its in Dragon Rampant terms, with an Elite Spellcaster and a heavily armoured troll (Great Warbeast). 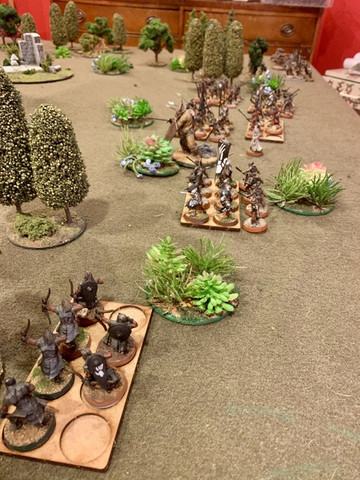 In the centre, the Lady of the Wood, also an Elite Spellcaster, places herself along with her best foot: heavy archers, heavy foot, and elite foot. 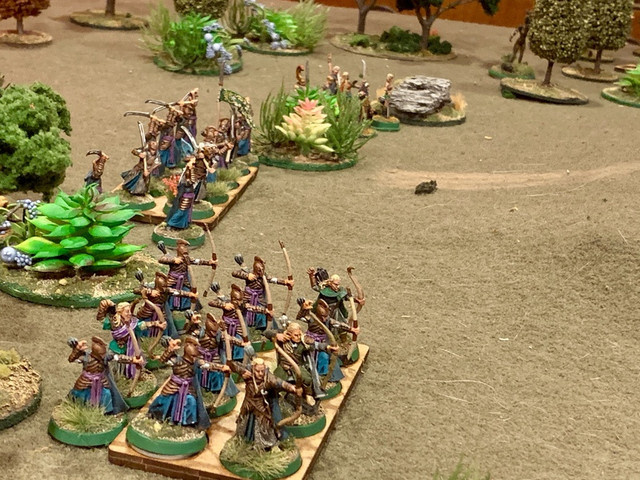 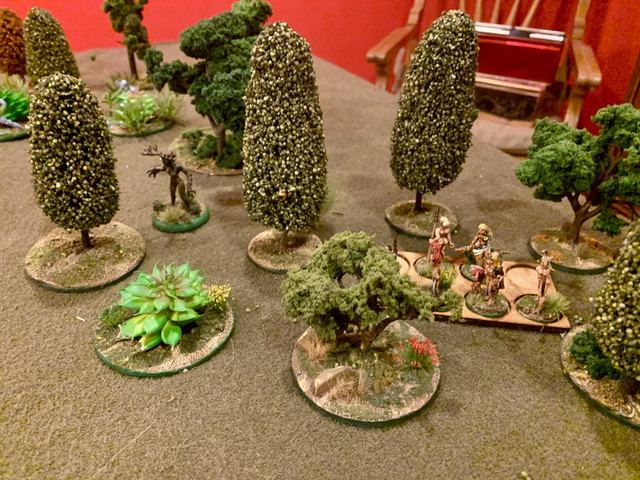 With only one leader one per side, I played the Initiative rules fairly strictly, so a lot of false starts, but in one good turn the entire army of the Wizard lurched forward.  On the Wizard’s left the Troll got off to a fast start and might have closed with and bashed the Elven Heavy Archers but for a missed initiative roll.   That gave the archers time to pepper him at close range and the Bear Lord closed to deliver some serious Bear Bashes/ 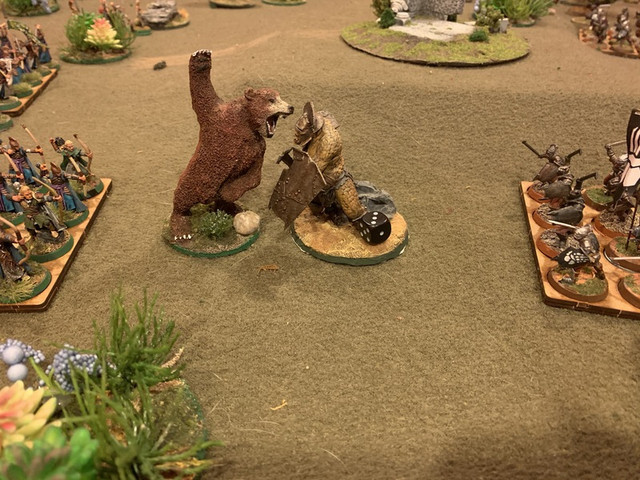 Having smashed the Troll, the Bear Lord then decided that he wanted to pick his teeth with some orc swords.  With some favourable initiative rolls, he basically ran the table in the centre, smashing the orc foot unit by unit as they slowly made its way forward. 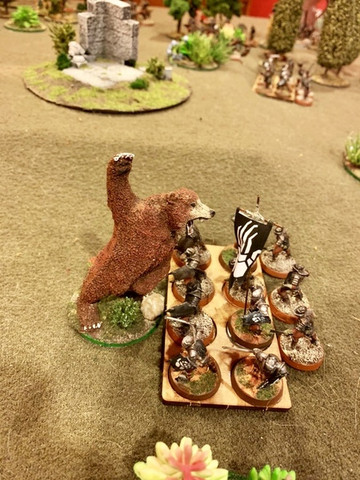 Elven nymph scouts on the flanks made life miserable for the advancing orc foot with their missile fire. 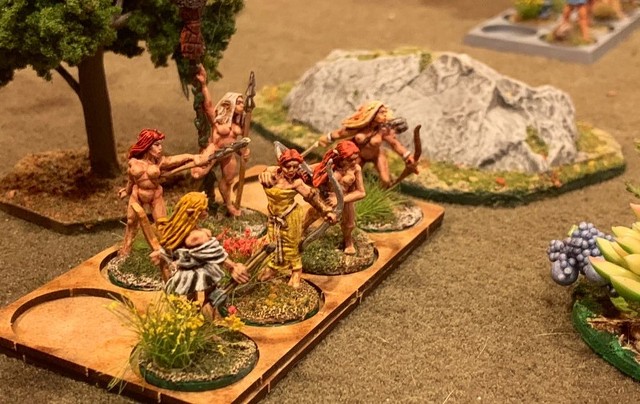 The Wizard’s wolf riders (Heavy Riders Missile) attempt to put pressure on the elf centre,  but the Dryad Queen has other ideas once the riders get within range of her Wild Charge. 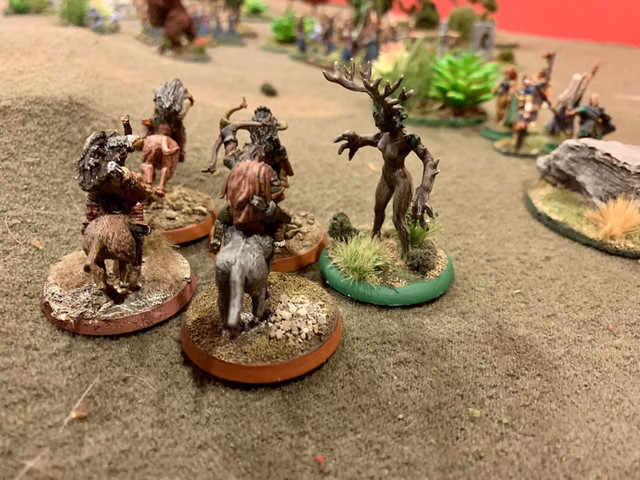 As the Wizard’s right flank crumbles, the Nymphs begin to lap around the flank, and with the Wizard’s army now below 50% and the Elven Host barely scratched, I decided to call it a game. 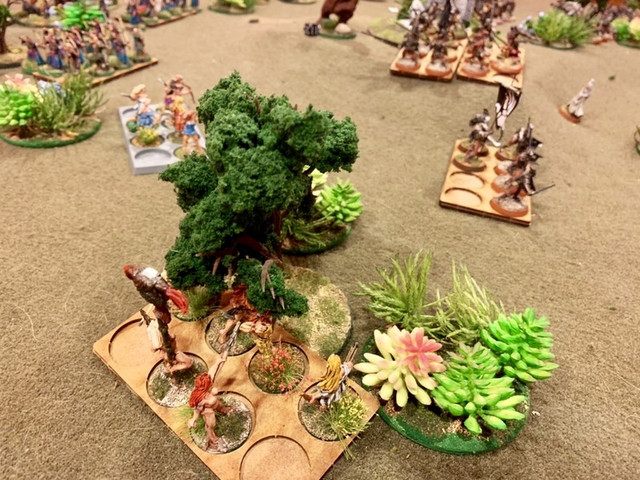 The star of the game.  This lovely resin model from Thistle and Rose miniatures really fits into the overall theme of my Elven army and did extremely well on its first outing. He will definitely get a pot of honey after the battle. 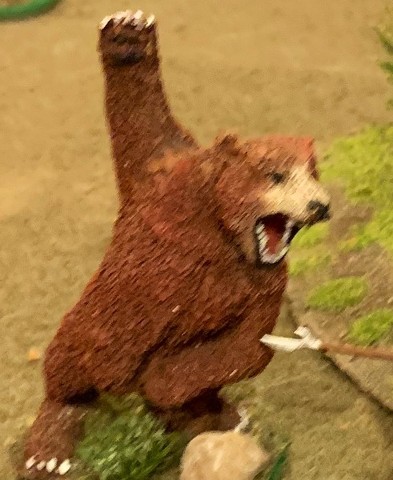 While I could have tried to remember the Oathmark rules, Dragon and Rampant was a perfect way to while away a snowy afternoon.  These remain my go-to rules for cheerful fantasy gaming.

With the Wizard and his surviving host still at large, I am sure that the Elven Realm still faces greater threats.