I have been focusing on my 15mm Space Kitties project and have made some more progress.

I envisioned building what was essentially a mechanized platoon of infantry with some armour and air supports.   Here are three AFCs (Armoured Feline Carriers) from Ground Zero Games, using repurposed Games Workshop mounts from some ancient Ork Deffkoptas. 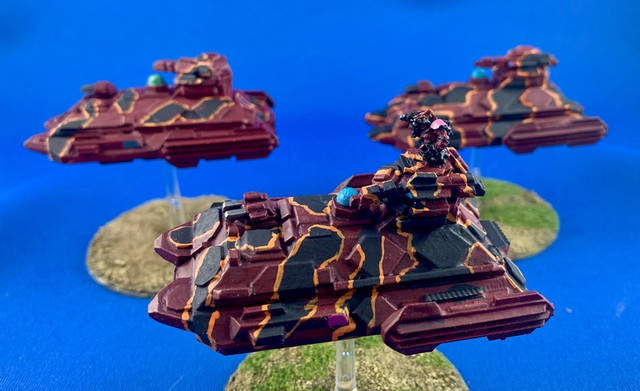 I use the same base paint, Citadel Khorne Red, from their spaceship but added a cammo pattern that was loosely inspired by the Narn spacecraft on the old Babylon 5 TV series.  Each AFC can hold a squad of feline warriors, their equipment, and litter boxes.

I chopped a Khurasan figure in half because he has some sort of long range viewer thingy in his hand, err, paw, and made him a crew commander for one of the vehicles. 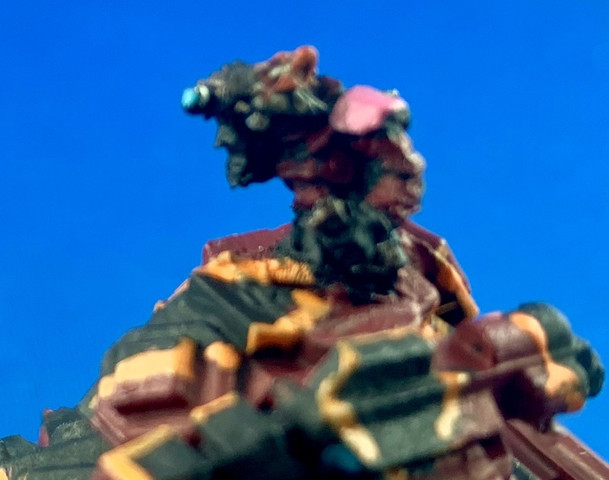 Here are the two 10 man, errr, cat sections that I've painted thus far.  Their rides have kicked in their anti grav units to provide overwatch after the troops de-bus.  The troops are all Khurasan minis from their  Tigrid range. 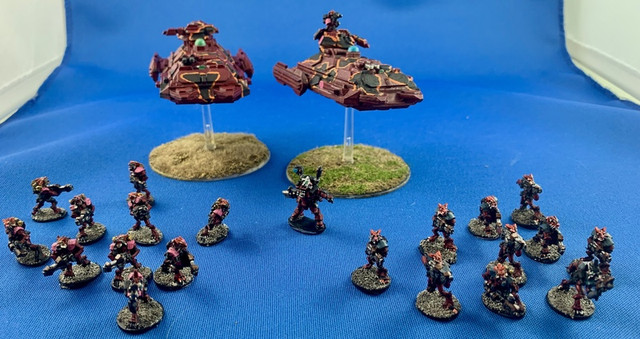 I use a separate colour on each section's shoulder armour plates to keep track of them.   Pink Section is here to rub your legs and ask for some milk, then loot your planet. 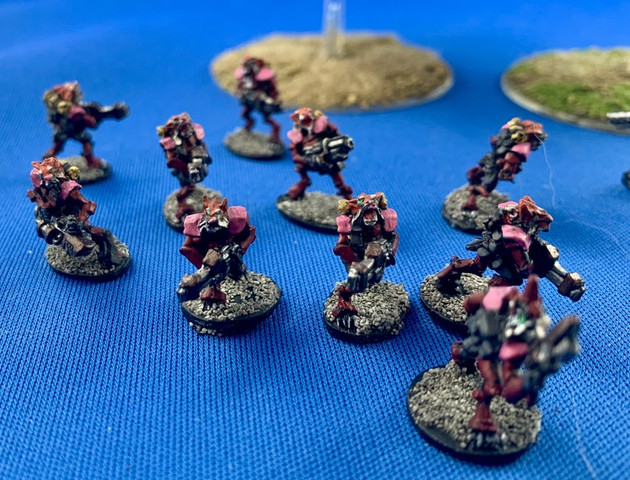 Boss cat on the right, herding cats.  I decided that my officer cats would have white fur, while the rank and file would be orange tiger types.  That's maybe racist, but they're cats, and not terrible enlightened.  They want your planet and they want to play with you as if you were a mouse. 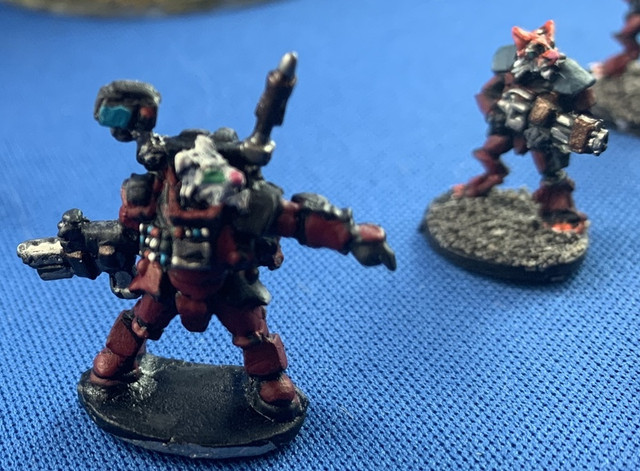 Blue Section have just regrouped after a long morning's nap and are ready for a scrap and then another nap.

Heavy guns.  A GZG tank and big shooty SPG to terrorize the Earthers with - it can launch hairballs for 100 kms.  Not really sure about the realism of modelling an SPG in a tactical game, except maybe as an objective marker? 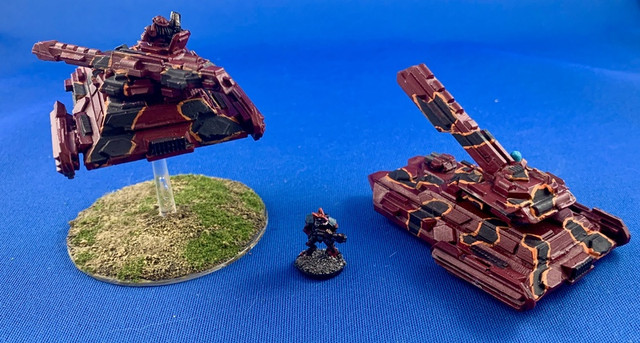 Good to see the project nearing completion though I have a few other toys to show here to make my friend James nervous.  I wonder if he's allergic to cats?

Blessings to your moggies,
MP+
Posted by Mad Padre at 10:40 AM