For months, as dark clouds gather near Orthanc and rumours multiply of yet another steading put to fire and the sword by merciless raiders from the hills, the word among the crofters and far folk of the Westfold has been, “What news of Eomer?”   All know that the King is preoccupied, and that his household riders are too valuable to be sent out after yet another raiding party.  All hopes rest on the good Lord of the Riddermark and his hardhanded, chosen warriors.

Now, in this small village on the edge of the wind-swept plains, one boy comes running from the outer pastures.  “Mother!  ’Tis Eomer!  Eomer and his riders have returned!" 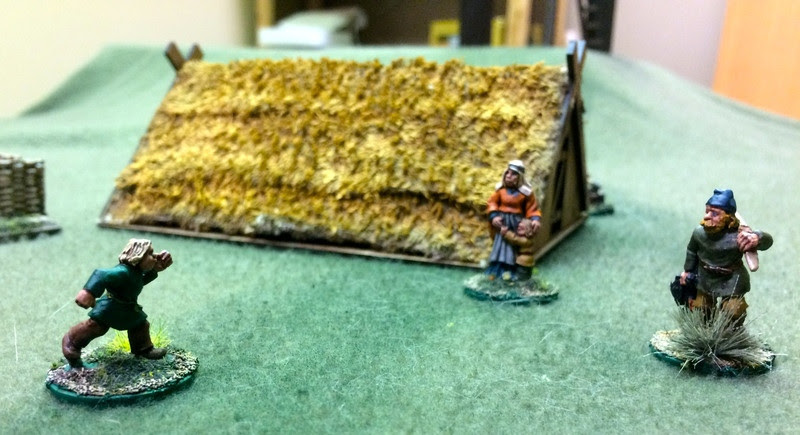 Brythbart’s parents exchange looks, for the boy is ever given to flights of fancy.  But scarce are his words out when the sentinel in the watchtower sounds his horn, the single blast that means friends! 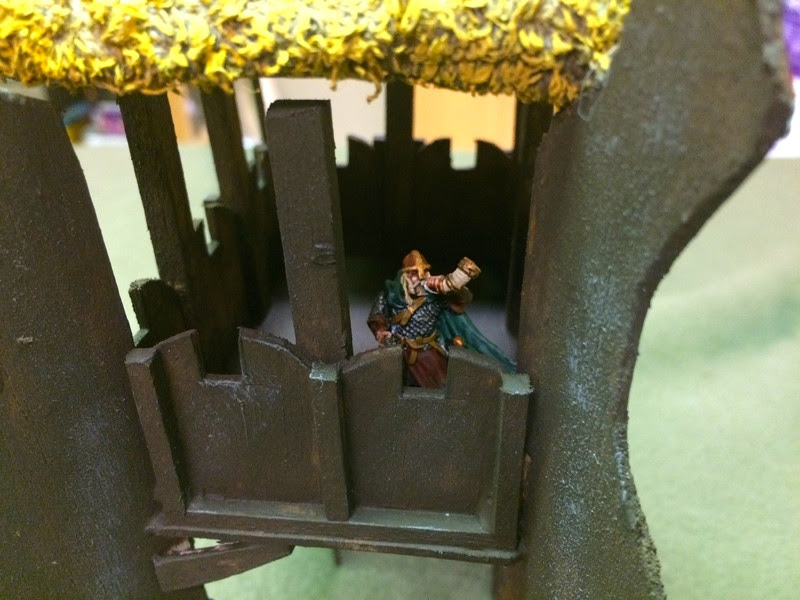 Forsooth, it is indeed Eomer!  The Lord of the Riddermark has returned at this most dangerous of hours! 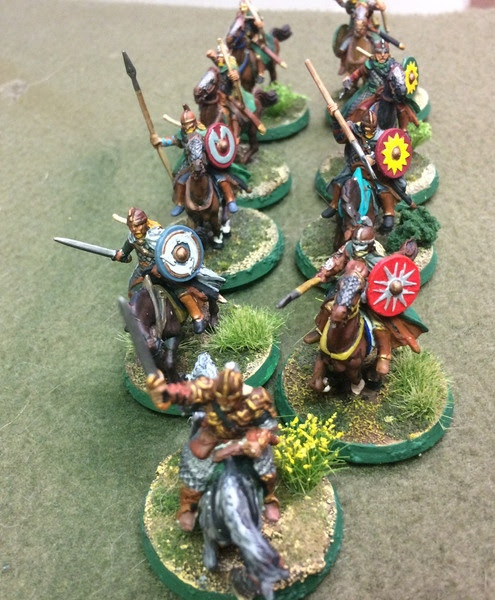 The villagers cheer lustily.  “Will you feast with us this night, Lord Eomer?”, the headman cries out.  “I thank you, good headman,” Lord Eomer calls out graciously, “for we have long days in the saddle and are weary, for many orc helms have we cloven this last fortnight.   There are dark things stirring, yet the might of Rohan has not yet waned, I think!!"

Bakkonraed, Pig of Rohan, looks on anxiously, wondering if he is invited to dinner.  Look at those sexy SixSquared resin haystacks, they have doubled in number this last while! 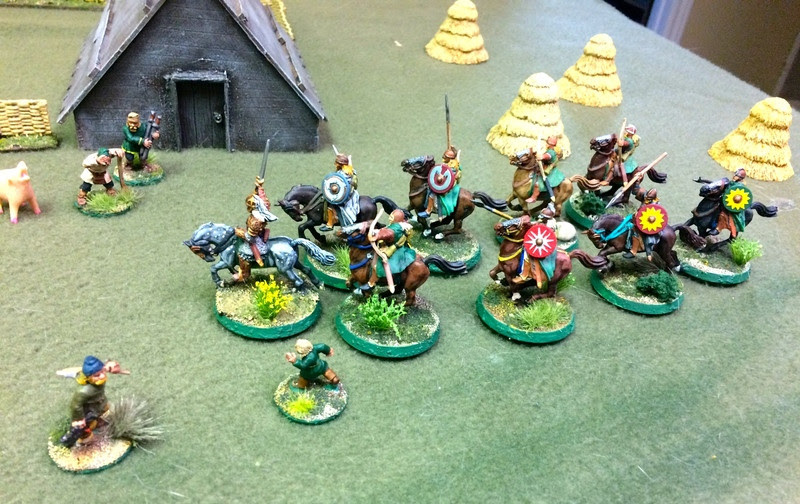 These nine GW Riders of Rohan are not new - I have had them rattling around in a box since 2006 when my then teenagers and I were gaming together.  They have since been repainted and flocked, and I am quite pleased with them.  Very glad to see that they are getting new life.  All are plastic except for the Eomer figure on the front, though his horse (my attempt at a dapple grey) is plastic.  I never understood why GW put metal cavalry figures on plastic horses, as the anchor points for the hooves were quite fragile.  No fear now, everything is fine cast plastic.  Even so, the GW Riders of Rohan are lovely figures, fully capturing the inspiring scenes of the films.   As someone once said to me, the Rohirrim are sort of Vikings on horses, and these figures fit that bill nicely.

Here is the might of Rohan’s cavalry on maneuvers, though a few figures were forgotten in a box and missed the photo shoot.  I think i can field 20 figures, with another half dozen purchased second hand currently in the basing shop.   That should give Sauron and Saruman something to think about. 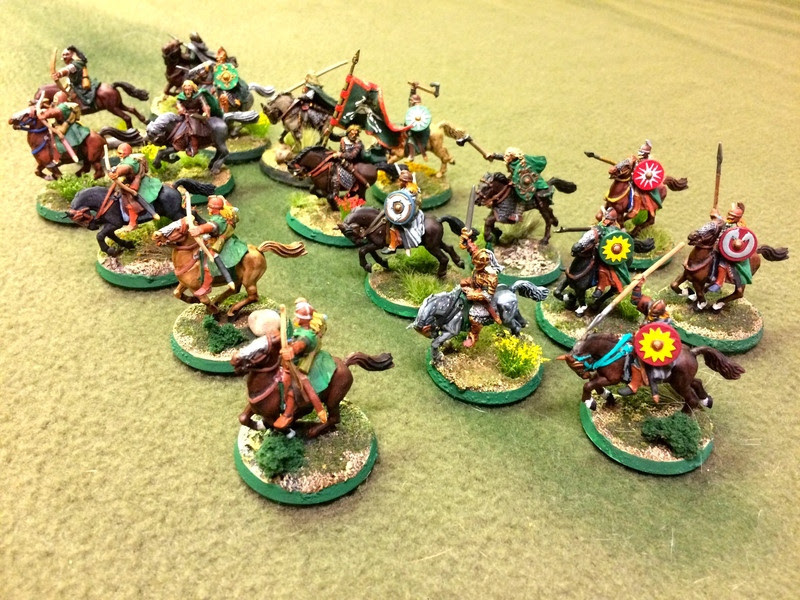 Thank you for looking and blessings to your brushes!