In yesterday’s post on a Russian front battle there were some 15mm buildings featured.   Almost of them are from the Northern Russian Village set published by Paper Terrain.  As I’ve said here before, I am a fan of Paper Terrain.  This company provides a cheap and cheerful way to get decent looking terrain on the table in quantity.

I’ve gotten pretty good at assembling this stuff.    All you need is a good pair of scissors, a sharp knife for scoring the folds, glue (I prefer white carpenter’s glue, slightly diluted) and patience.   I can assemble one of these sheets in an hour while keeping one eye on Netflix, and that’s allowing time for the glue to dry between stages. 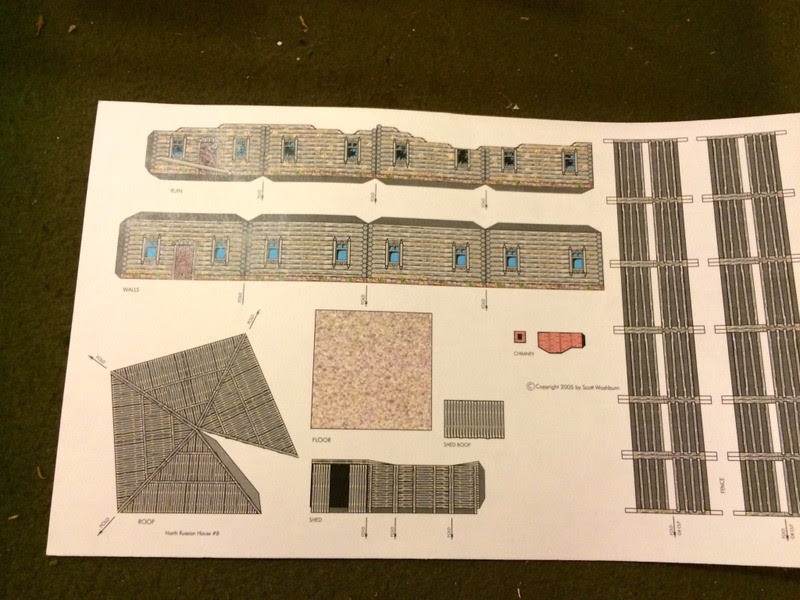 As I mentioned a few posts back, I’ve been on a basing blitz of late.   I have all but one of the buildings assembled in the PT Village set, but only five based so far. The bases show off the buildings well and allow me to use the nice little fences that come with each building.  Here is Turnipograd in happier times. 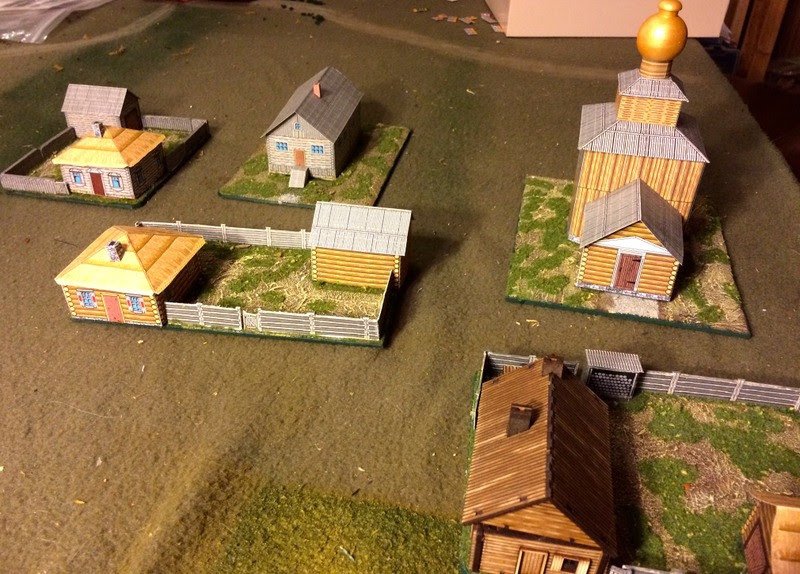 And a sad dystopian vision of what will happen should Turnipograd ever fall into the bloodstained hands of the fascist invader.  The ruined versions of the buildings are quite useful.  Sadly, for the 4Ground models, I would have to purchase the ruined versions, which for now is an expense too far. 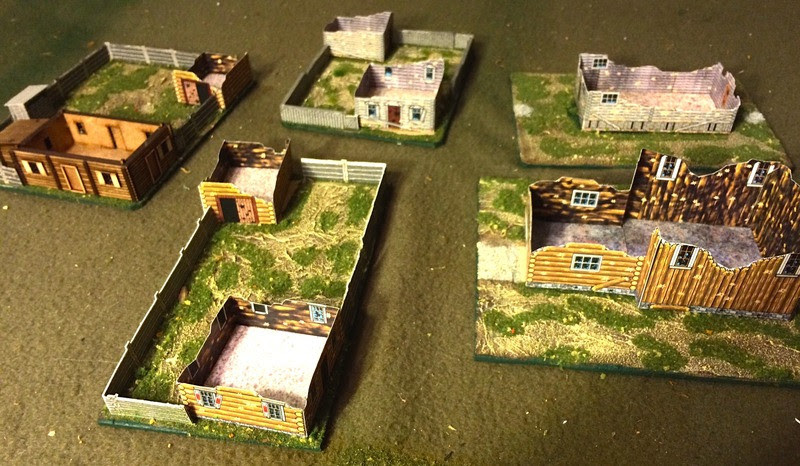 Of course a Mad Padre model village has to have a church. 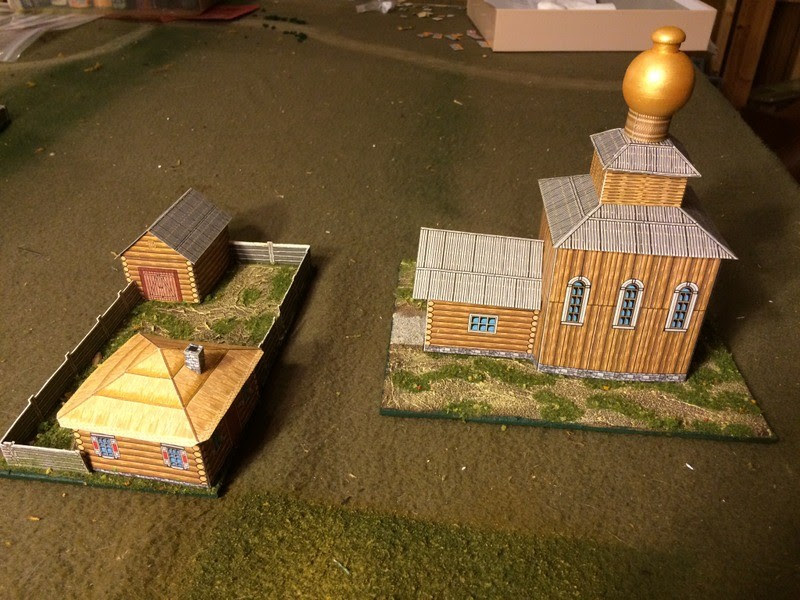 Presumably this church has been repurposed by the Party as a granary or something.   Scott W includes a gold-painted wooden knob for the onion dome, which is a nice touch.  There is also a proper Orthodox cross to put on the top of the dome, though I don’t think such a cross would be approved of by Comrade Stalin. 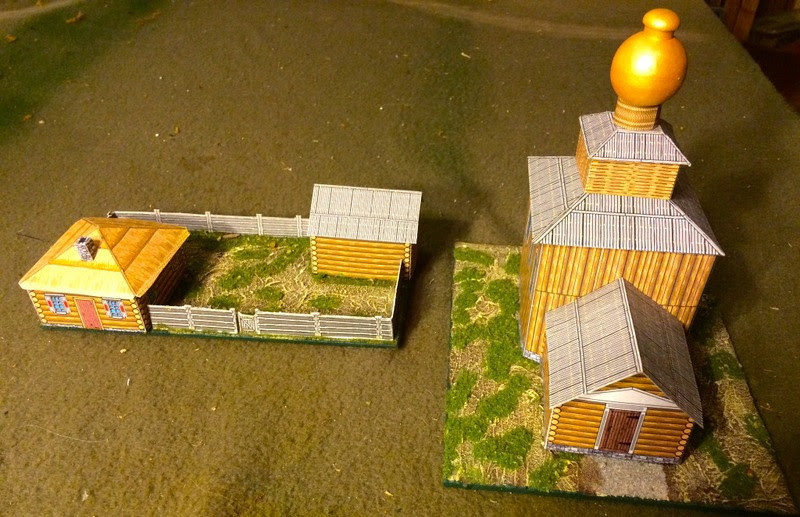 A street view in Turnipograd. 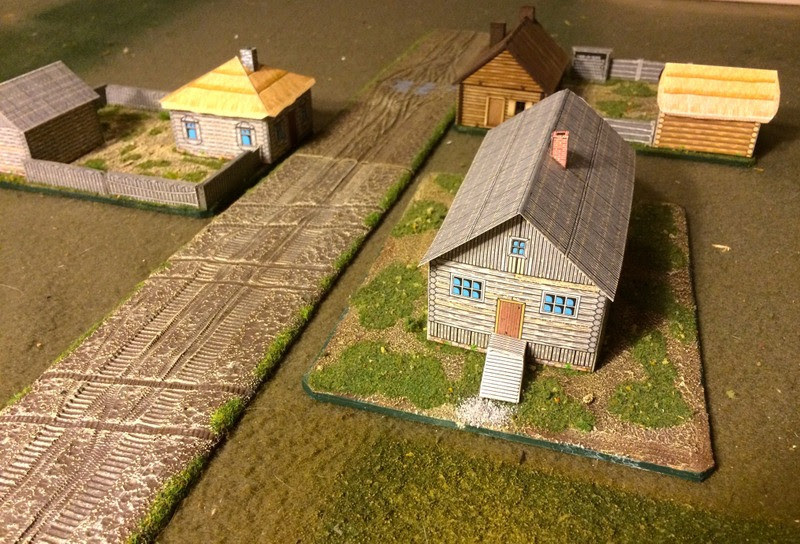 A tidy little farm on a busy (Battlefront resin) road.  Judging from those tank tracks leading right up to the window, it looks like someone applied the brakes just in time. 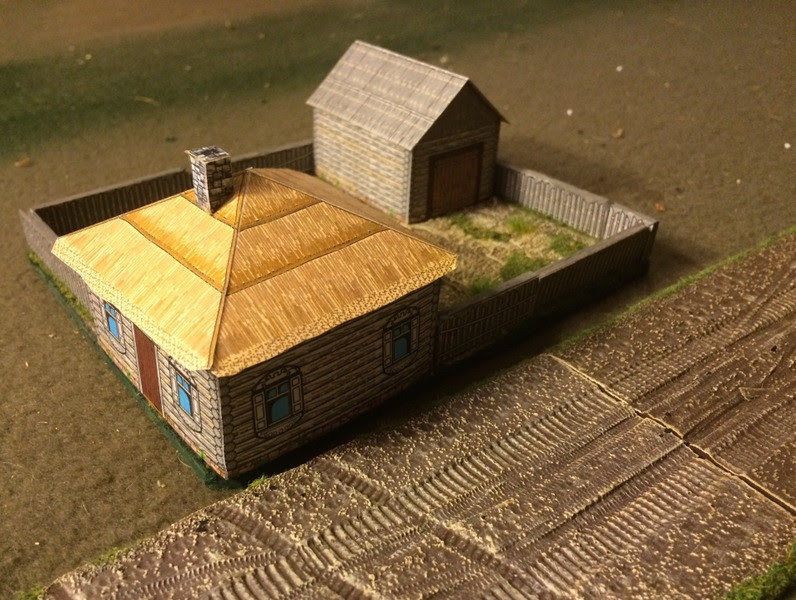 That’s a 4Ground laser-cut MDF Russian house mixed with a Paper Terrain outbuilding, fence and woodpile.   They work well together, I think. 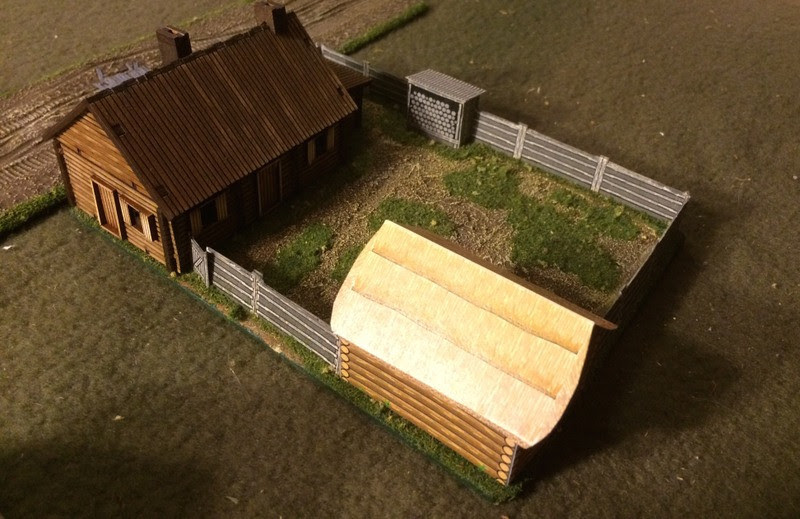 I’m thinking this is either a school or a party headquarters?  Or possibly a community hall where the Junior Pioneers can stage their children’s pageant, “Comrade Stalin’s Glorious Fiver Year Plan for Increased Agricultural Production”? 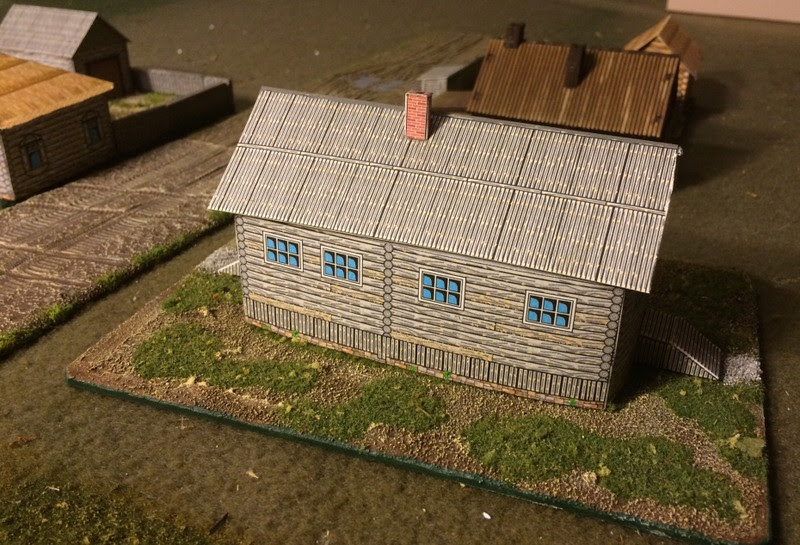 Defenders of Turnipograd.  These buildings work well with my 15mm models. 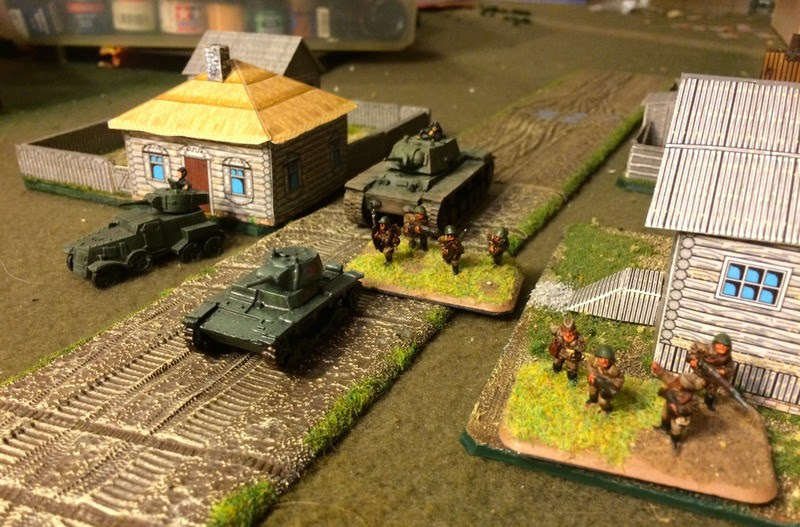 They also work well with 20mm models, or at least, with 1/76 scale.  These fascist invaders will soon be crushed by the Red Army, don’t worry. 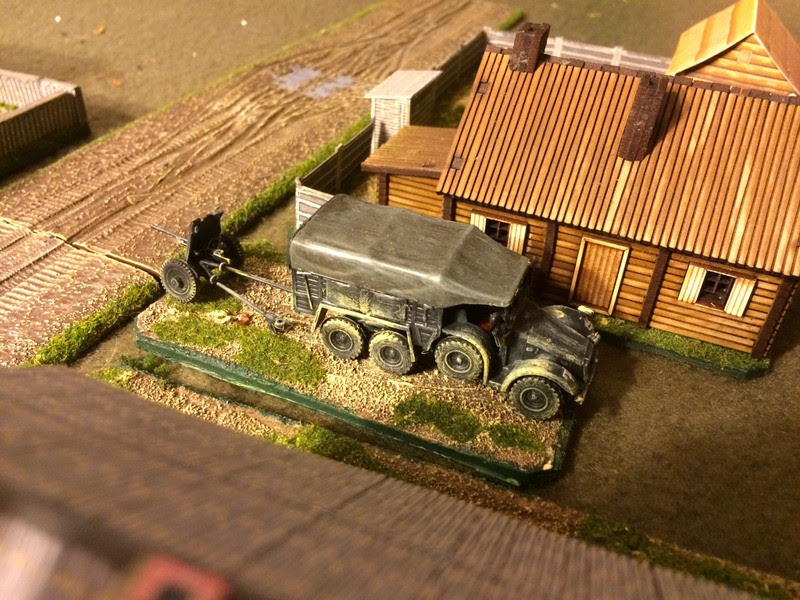 So that’s the lot.  All now boxed and packed away - movers come in a week!  Very little time left for wargaming projects.  Hopefully Turnipograd will see some use in the fall or whenever I cross swords with the dastardly Kampfgruppe Manto.