The Civil War Comes To Their Doorstep

A long time ago I bought a TYCO HO model railroad kit called "Aunt Millie's House", which can still be found on ebay. It seemed to me to have enough of a 19th century feel to pass for a piece of ACW scenery, although it looks more midwestern than southern. Certainly not an antebellum mansion, but it might pass for a modest farmhouse.

I originally planned to finish it and a scenic base as an entry in The Guild's building build, (my, that phrase is awkward) but the deadline for that came and went. However, when I wasn't shooting aliens on my PS3 this fall, I did manage to get it finished, along with a scenic base that is about 18" square, complete with duckpond and truck garden. 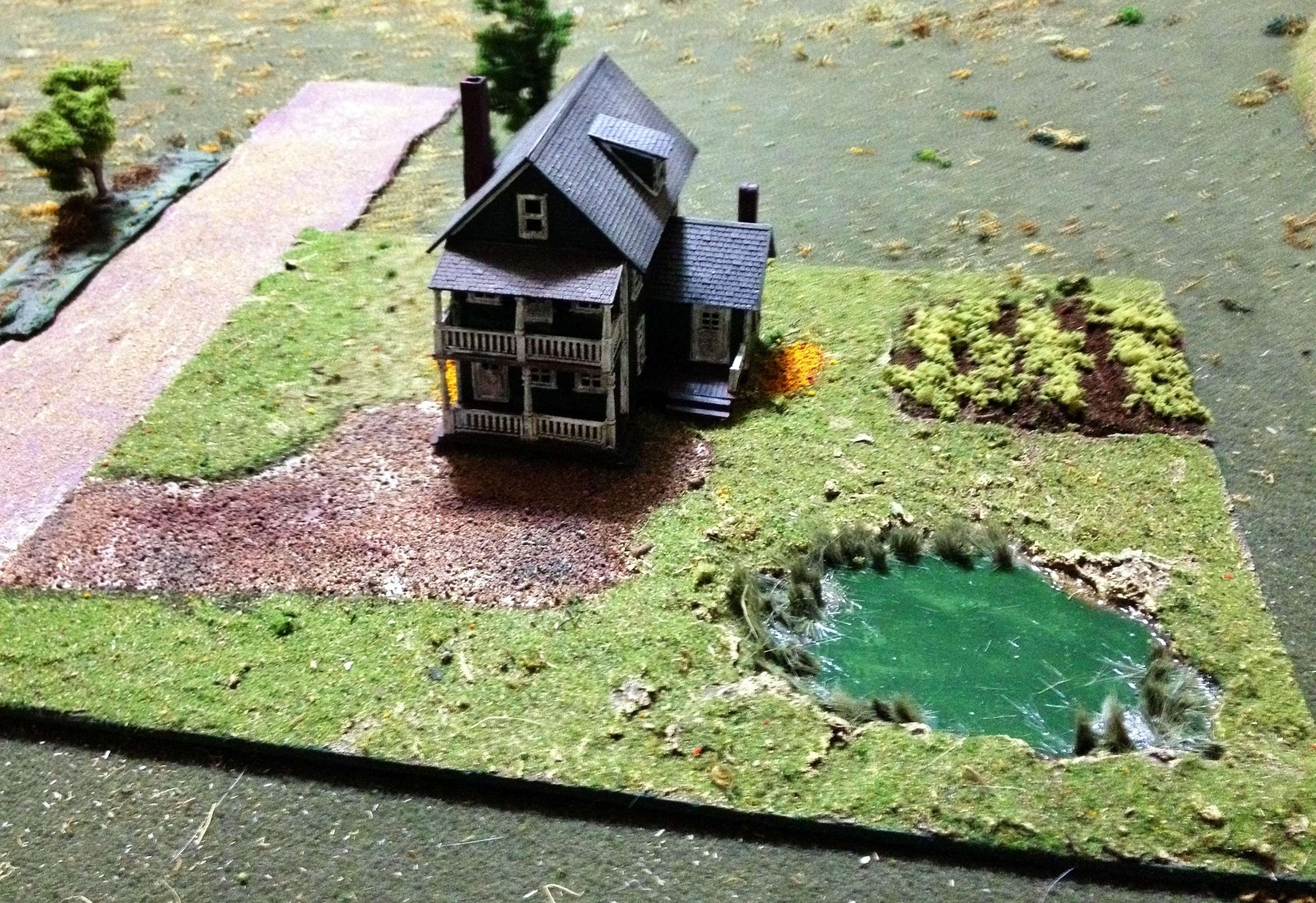 Sorry about the naff photo taken with my iphone. I doctored the lighting in the next one to show the green colour I chose for the house. 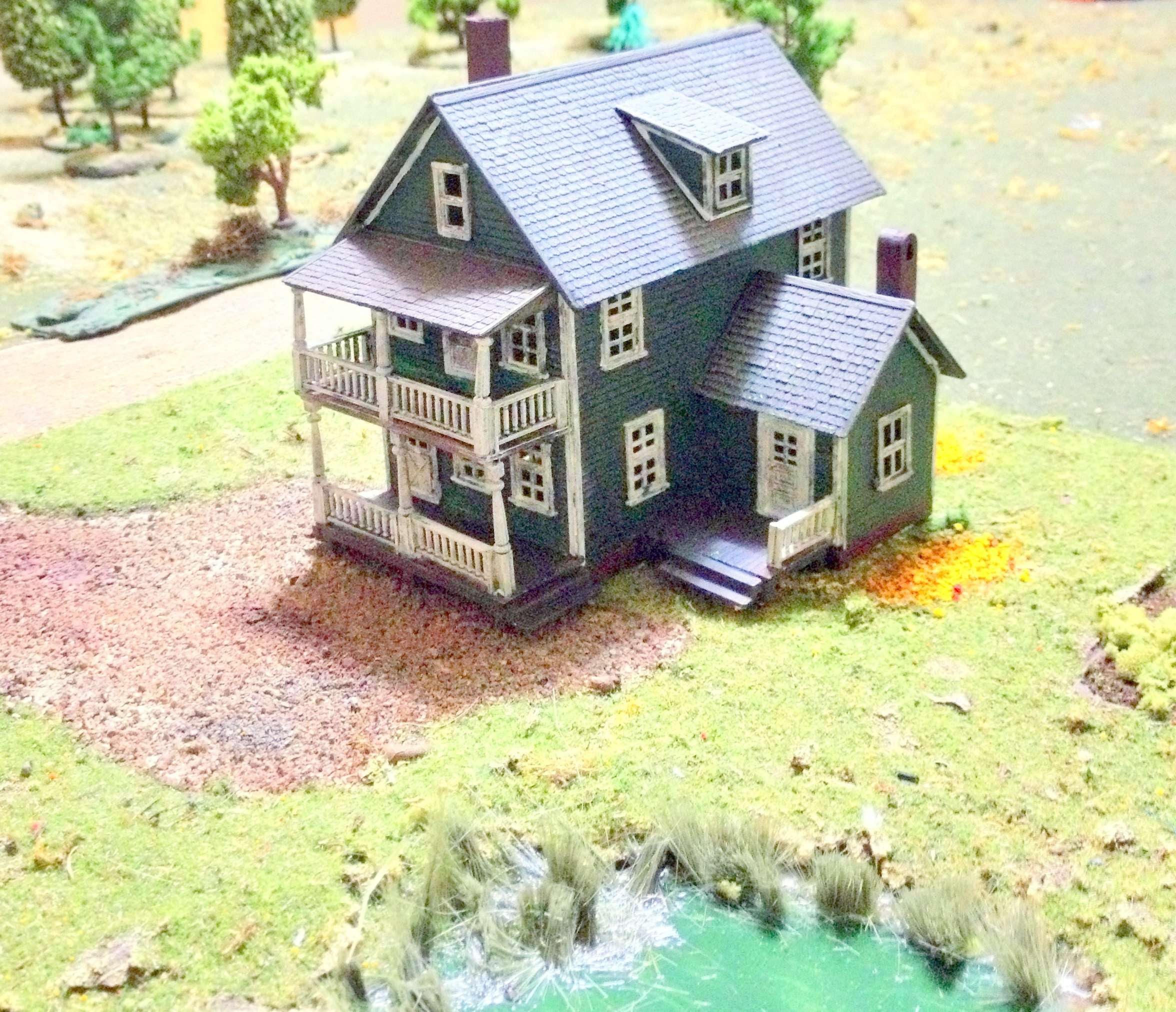 Such an idyllic scene, isn't it? But if you've seen films like Cold Mountain you will know that the war has to come to even the most idyllic places. I had a package of ACW civilian figures, cheekily called "Blown By the Breeze", and I thought they needed a home, so I painted up three of the five in the pack to start with.

Oh no, what's happening here? A troop of dastardly Yankee cavalry has ridden up the drive and the officer is demanding the house as his lodgings and the pigs and chickens as his men's rations. Standing foursquare against him is Dilsey, the house slave, who has just been butchering a chicken for her mistresses and in no way is going to let any more of those chickens get plundered. Miss Lucy Leadbelly rushes towards Dilsey, wanting to defuse the situation, while her sister in law, Constance Blenkenship, watches in horror, since she's not good for much more than gasping and swooning and exclaiming "I do declare!". 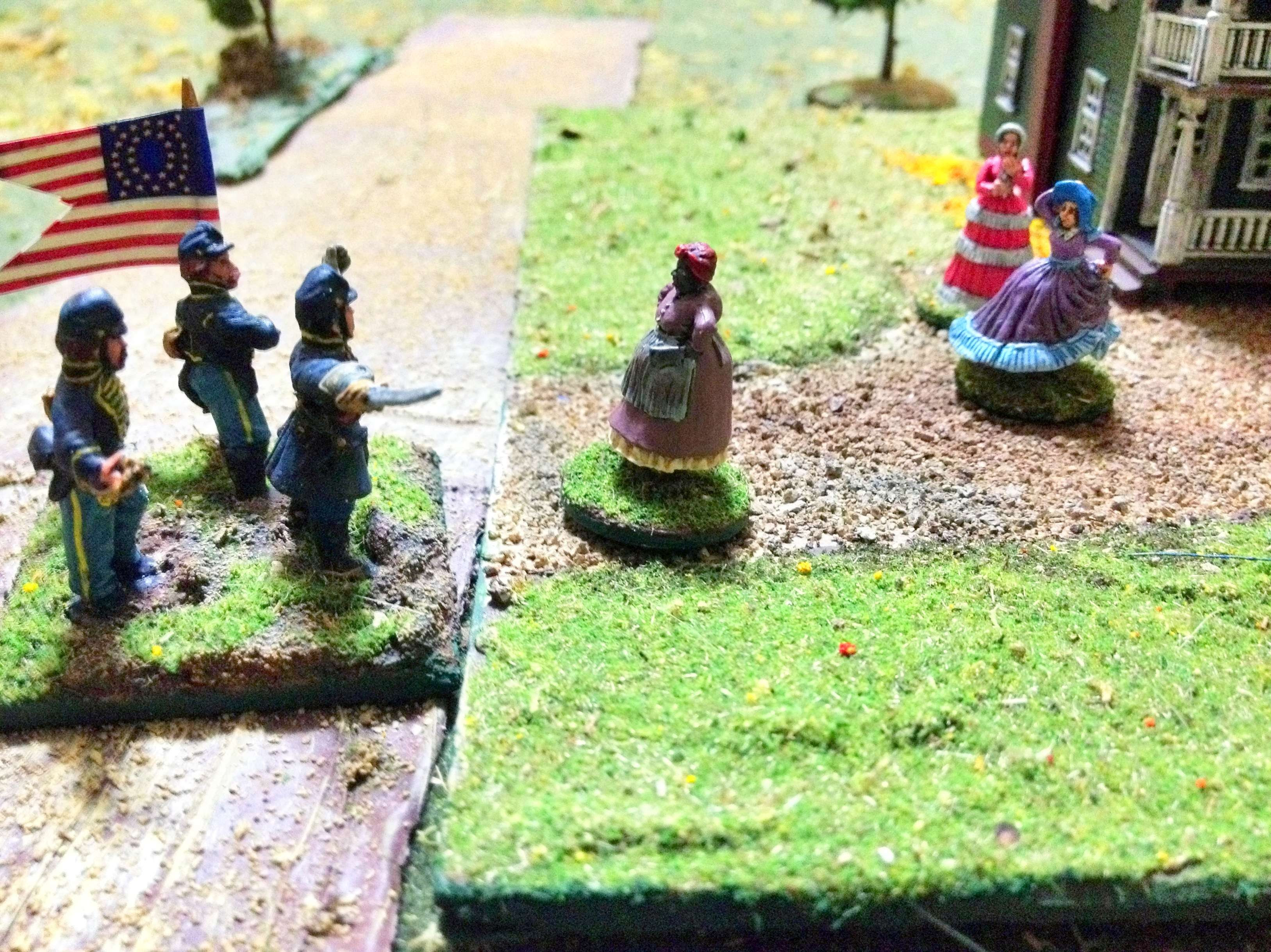 Here's a close up of Dilsey - the first black character I've ever painted. 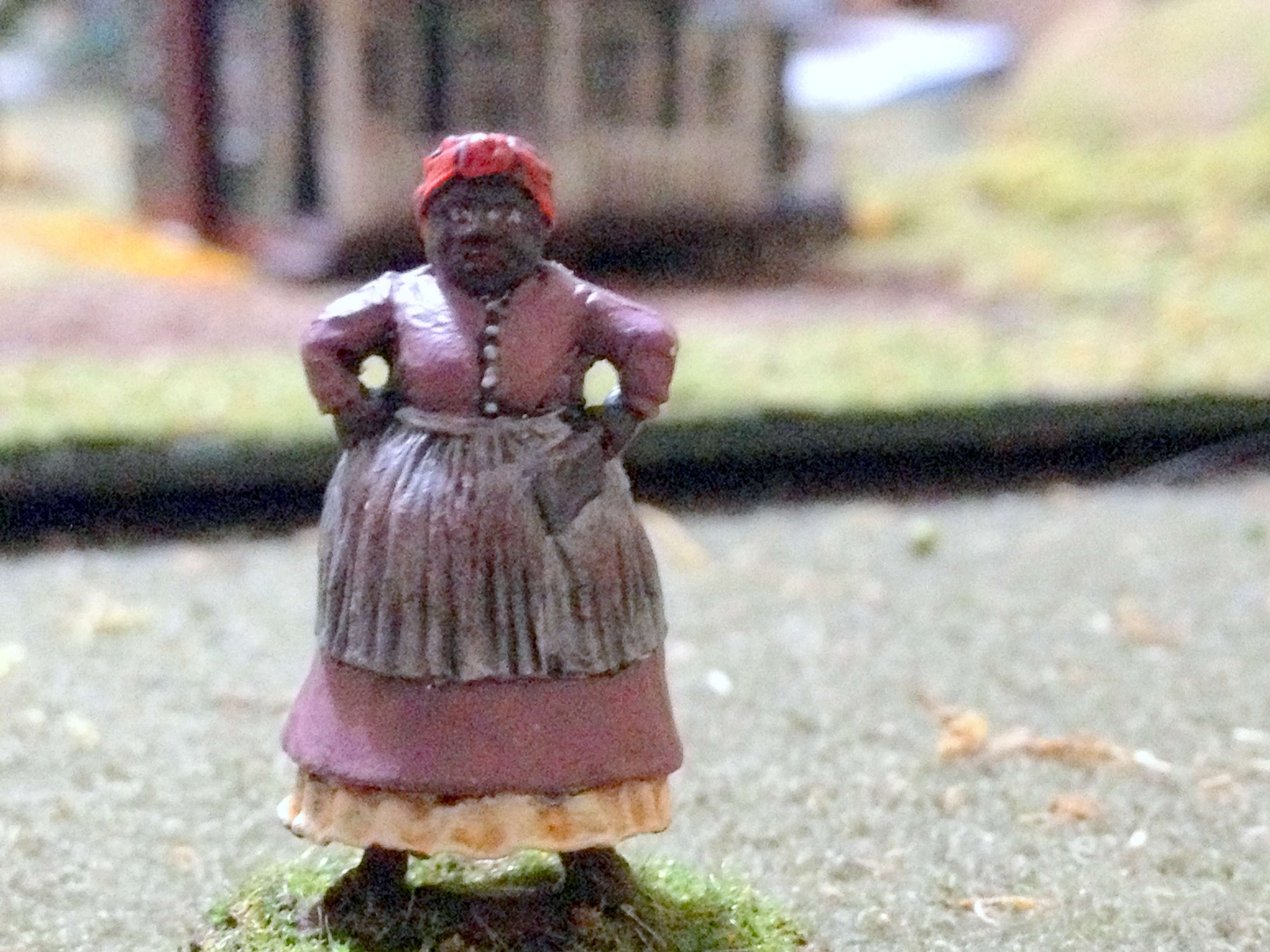 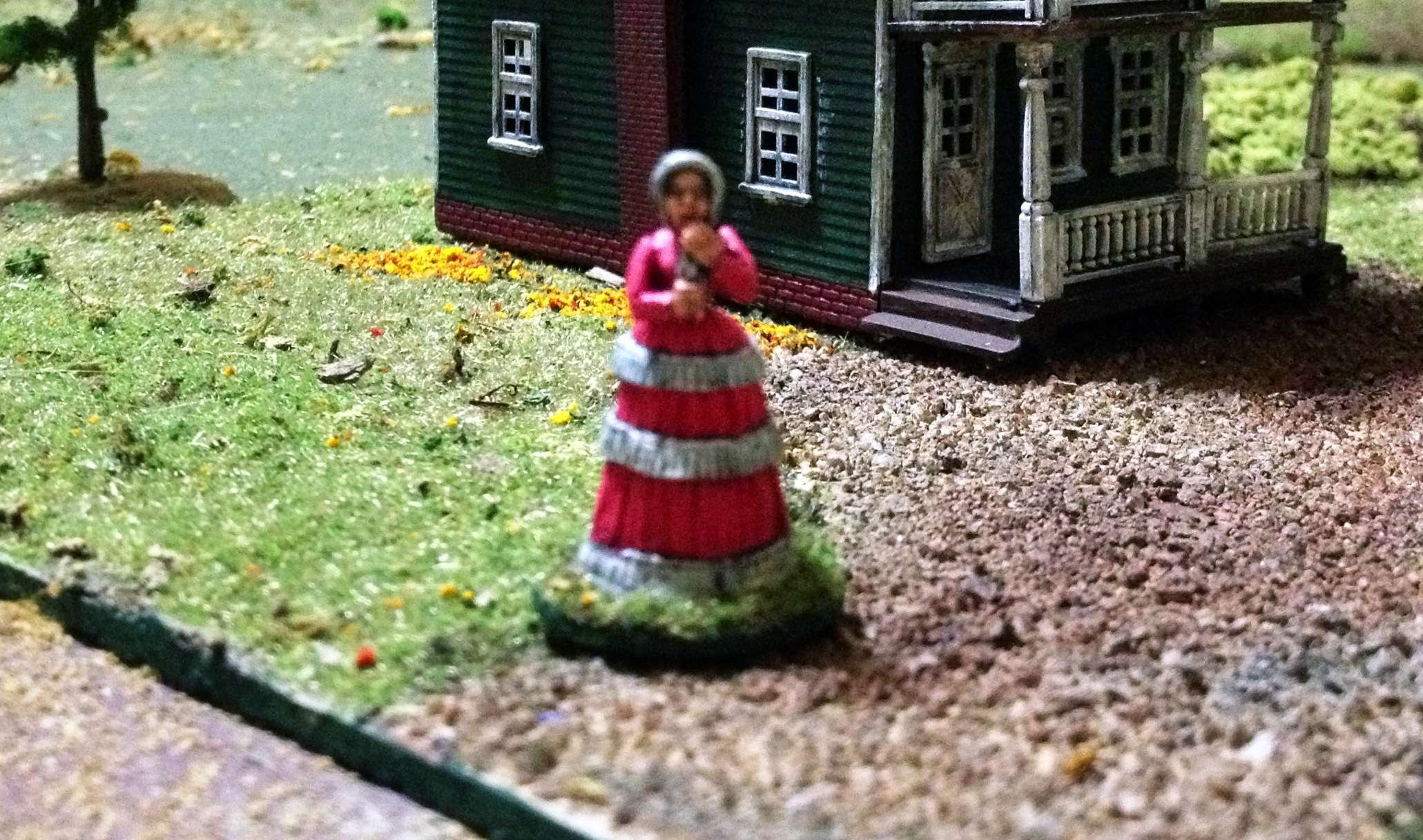 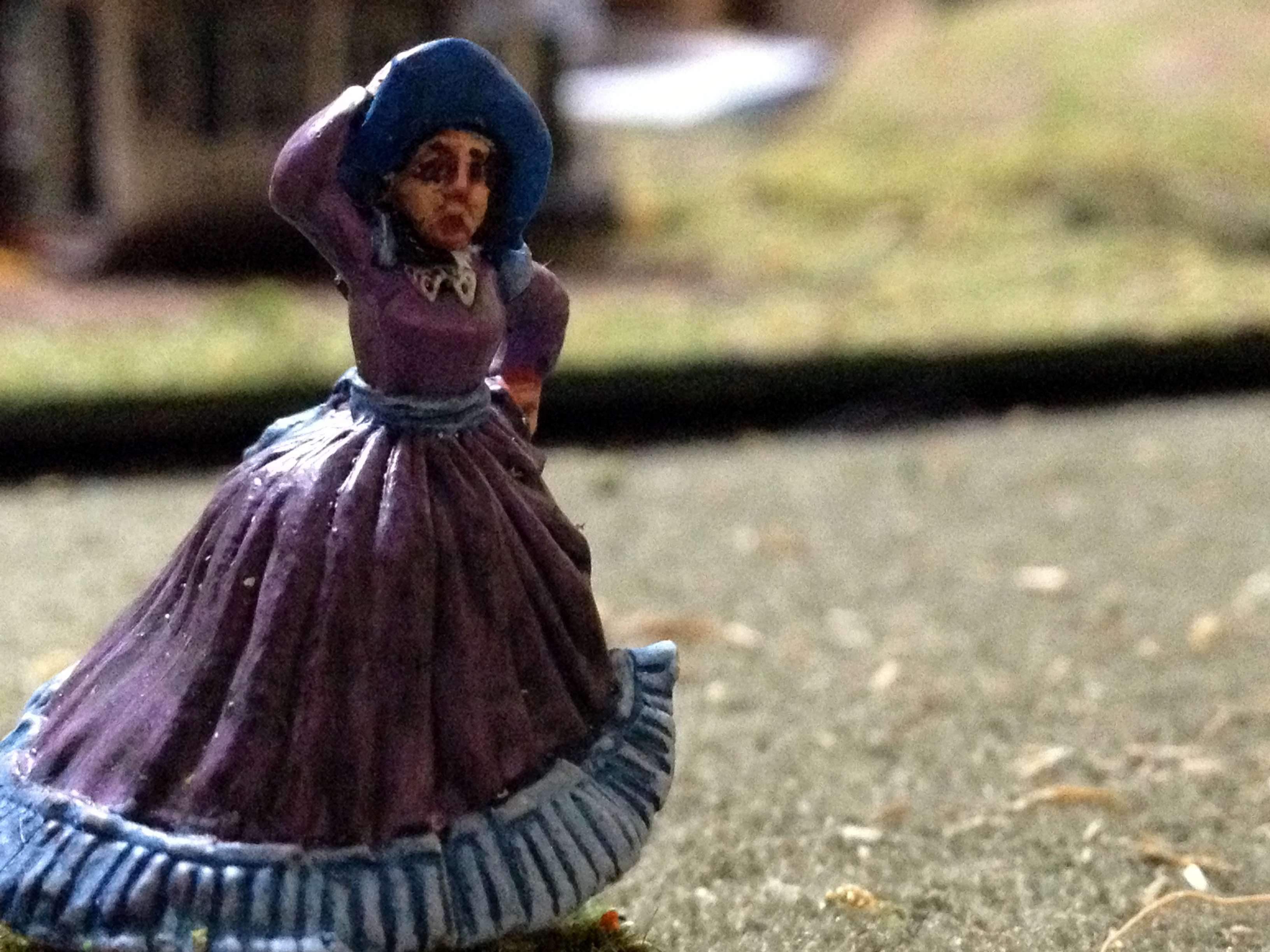 These figures were great fun to paint, and give me some ideas for a tongue-in-cheek Terrible Sharp Sword game, coming soon, I hope.