I mentioned the shirt in my last post as a good thing that happened in June. Something else that I really appreciated, beside Fran's awesome shirt, was this magnificent little 28mm pasha/sultan guy that came in the post from The Assault Group. 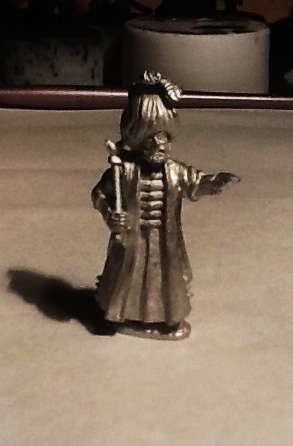 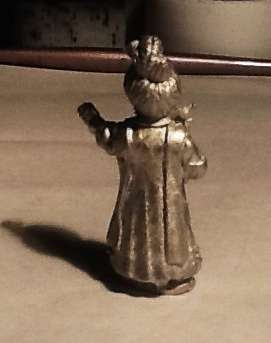 I can't recall how I learned about it, but I participated in The Assault Group's recent promotion (still running, as far as I can see from their website), to like them on Facebook and receive a free mini of one's choice in return. This sort of marketing is done all the time by big corporations, but for a small miniature manufacturer, it struck me as both creative, generous, and risky.

I wasn't familiar with TAG but, like everyone else, I can't resist a freebie and took part in their promotion. I had requested a German WW2 figure for my Weird War project, but I was delighted to get this fellow from their Renaissance range, as he will go well with an Ottoman army I started collecting some years back as an adversary for my SYW Russians. Besides, it seemed churlish to go back to TAG and say you sent me the wrong free figure. He'll do just fine.

Accompanying the figure was a letter from Pete at TAG, thanking me for my interest, and giving me a 10% discount good for one year at their webstore, or "indefinably" (I think Pete meant indefinitely) if I wished to contact him directly.

So thanks, Pete. I really admire what TAG has done with this promotion, I like what you've shown me of your products, and I will definitely buy some figures off you using your kind discount. I recommend TAG to the good readers of this blog.