These figures have been finished for a while, but I wanted some more miniatures wargame content here.

The figures on single bases in the first two pictures below are from AB Figures in England. They are on the small side, being true 1/76 scale figures. The sculptures are excellent and are rather intimidating because I never feel that my painting work does them justice. 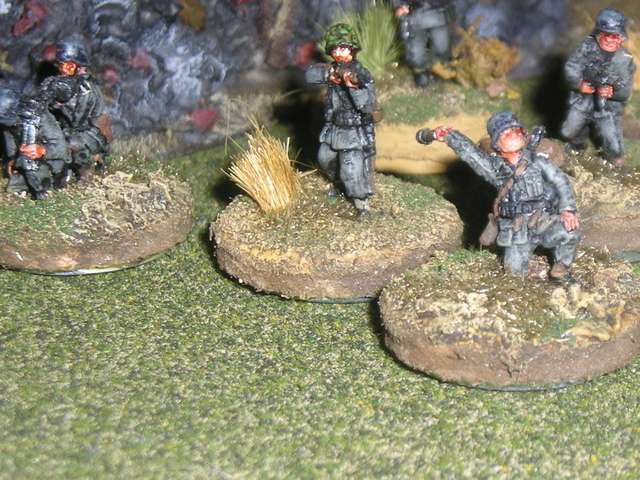 Things I like about my work here: I'm happy with the use of layers and drybrushing on the uniforms. The look like typical German landsers who have been in the field for a long while. Things I don't like: the skin tones are not subtle enough. The darker parts are using Games Workshop Flesh Wash whichI find too shiny and tricky to manage. The use of lighter skin tones needs to be done with more care, as the contrasts are too severe.
I'm also rethinking using the washers on the bottom of the stands. My intention was to put them on a magnetic sheet for transport, but the washers are clunky. I may change to gluing small fridge-magnet sized strips on the underside of the bases and them putting them in a tin cookie box for transport.

Not sure who manufactured this MG42 crew shown next. I've had them for ages, possibly made by Hinchcliffe.

More figures from an unknown manufacturer. They were a very kind gift from Dan Hutter of the HotLead gamers in Stratford. Dan is a generous friend and a great gamer - two of his games are featured on my blog. I like the chap in the middle firing the MG42 from the hip. The trio are based as part of a section for either of the Too Fat Lardies systems I'm currently playing - I Ain't Been Shot Mum for company level skirmish gaming, or Troops, Weapons and Tactics for platoon level gaming. The figure on the single base is a Big Man, TFL parlance for a leader in either system. 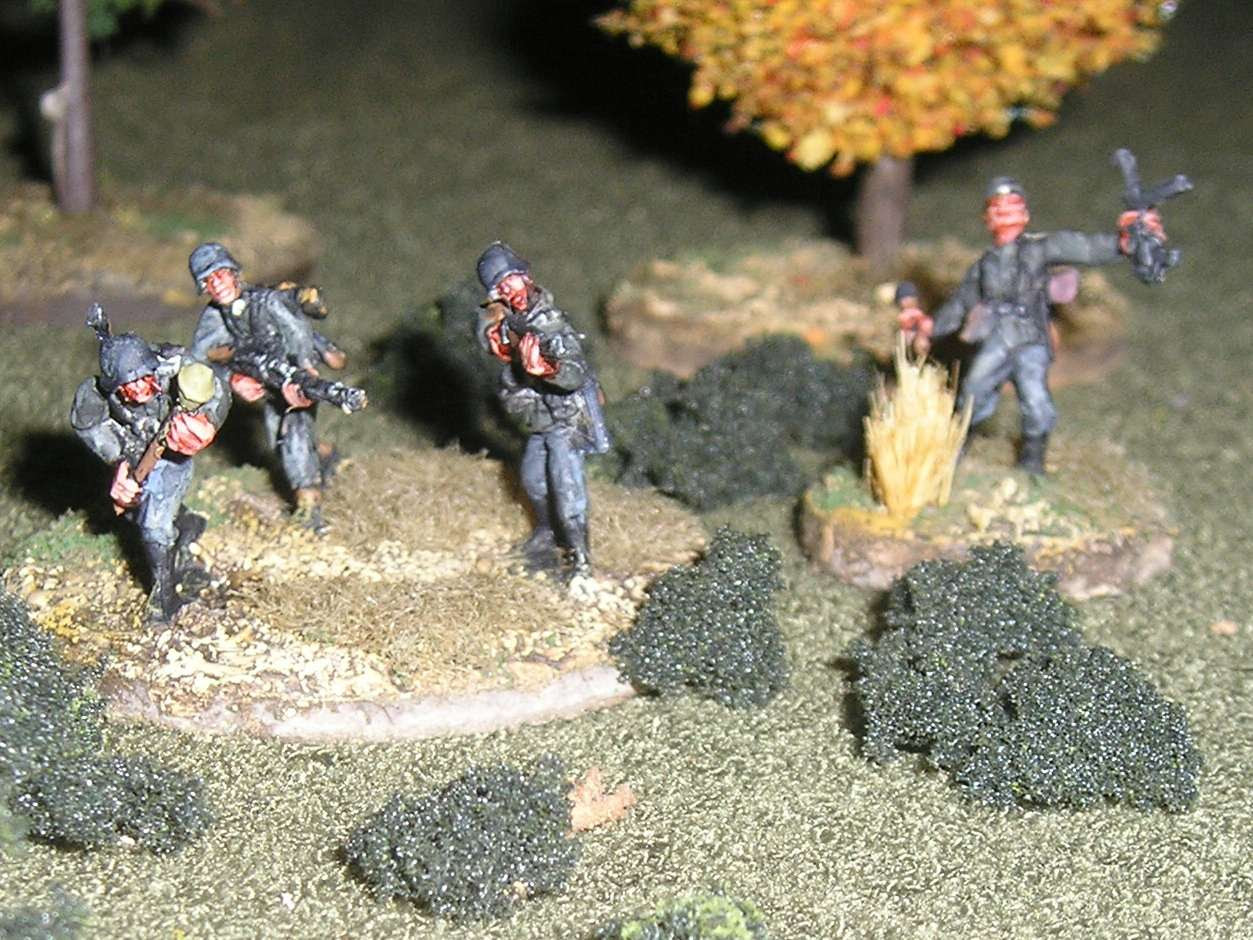 More gifted figures from Dan. The single based guy could be from the RAFM Patrol 20 series. The trio show my attempts at camoflague patters - the guy on the left in Oak Leaf, in the centre in PeaDot, and on the right in Splinter. The fig on the right is from the Revell late war German plastic set. 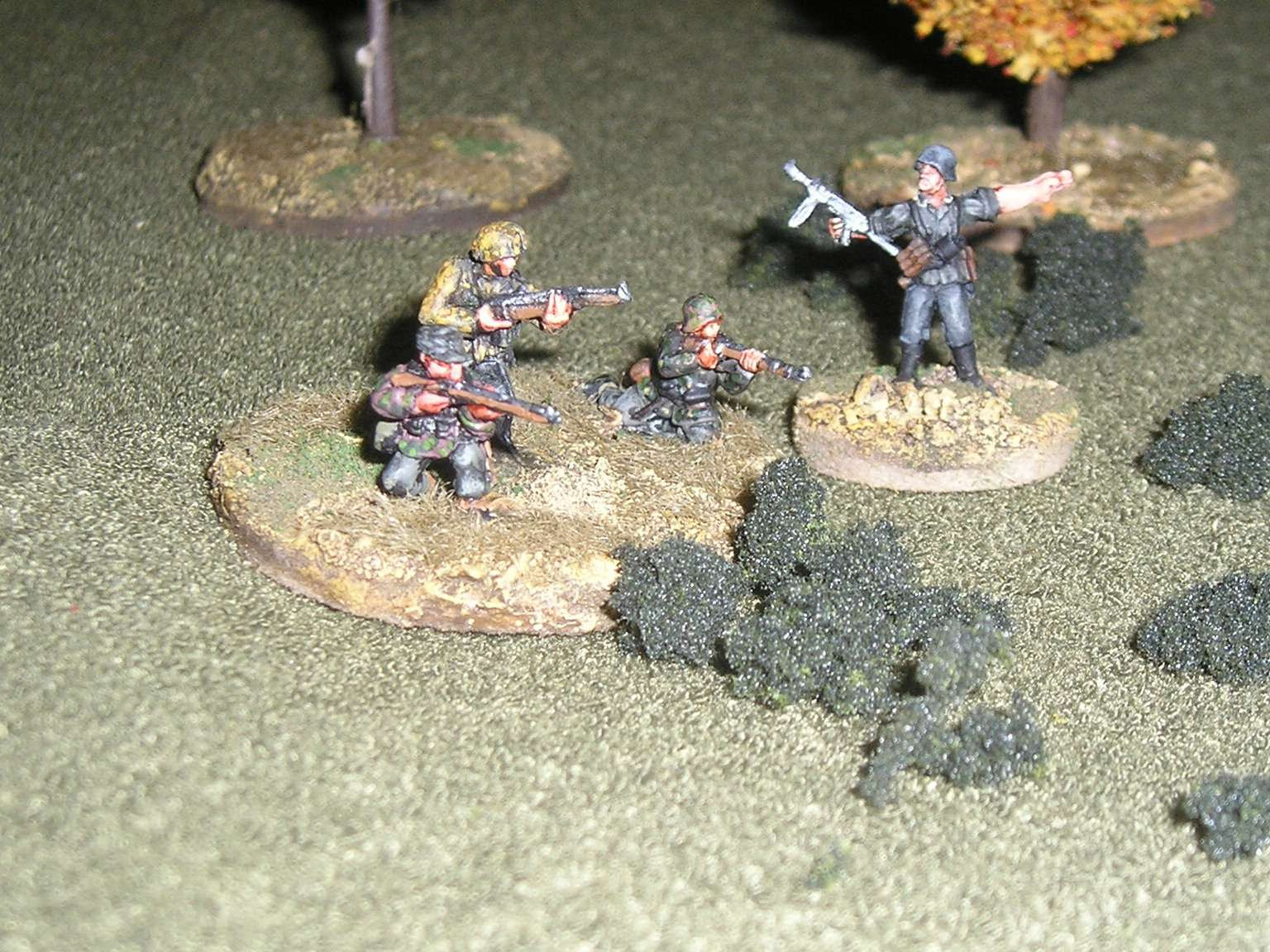 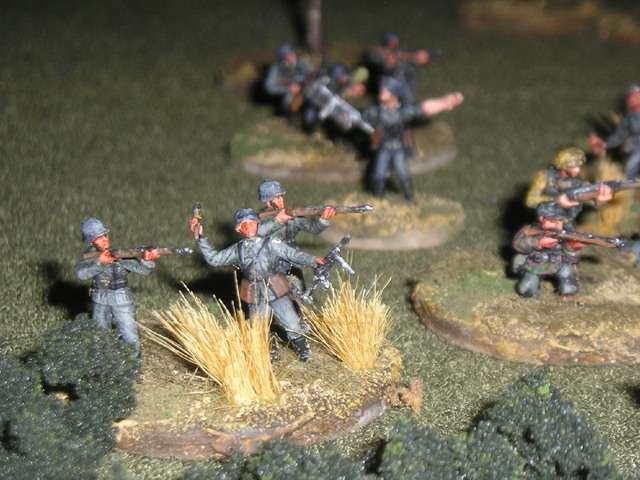