Two posts in one day!   Here’s the other project I got off the workbench this week. the Tamiya 1/48 scale Citroën Traction 11CV I bought for my Weird War Two project.   I haven’t made a model in this scale for quite a while, and I haven’t put together a civilian car since I don’t know when.   It was a fairly simple model to assemble, with very clean parts.
Somewhere on a rural road in France, an unlikely pair meet.   Who summoned whom to this rendezvous?   Who is betraying whom?  I realize there’s a difference between 1/48 and 1/52 scale but the vehicle seems to work with the Bob Murch figures. 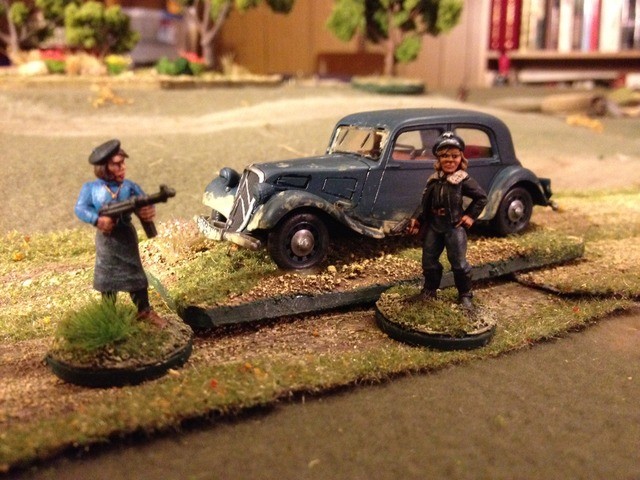 Once again I tried some pigment, thinking a muddy, hard-used look would be better than a nice clean vehicle straight from the car wash. 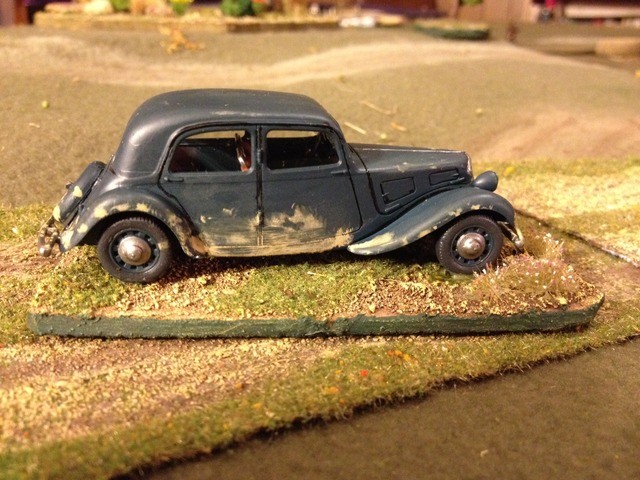 I love the grille on the front.   Maybe I should have dirtied it up a bit. 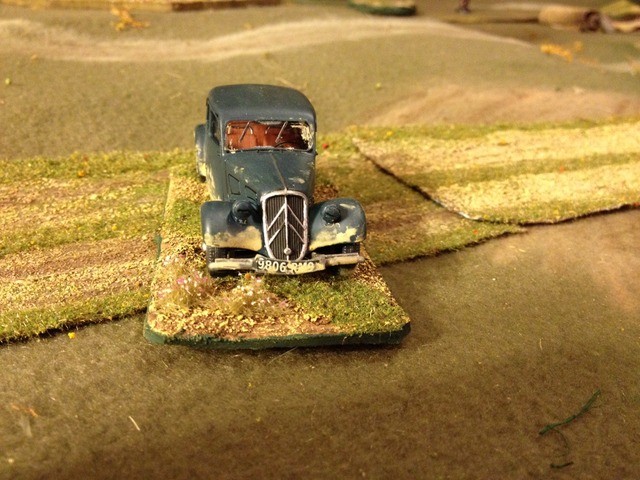 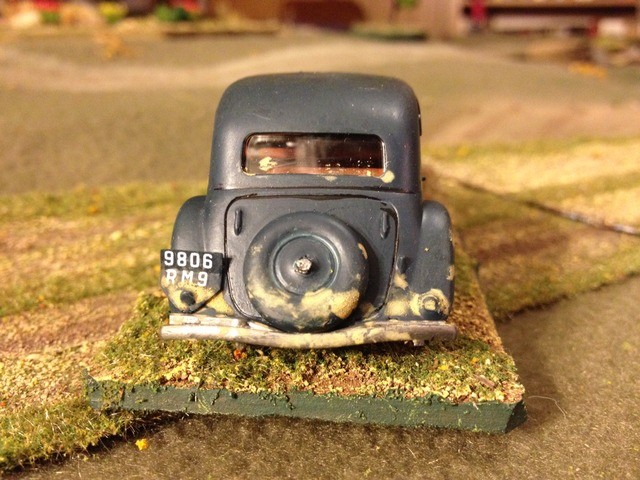 Now, if I could only find one of these in 20mm.