The Napoleonic Wars In A Box

I apologize to all faithful readers who might have been in a frenzy of suspense at the end of my last post.   What was in the effing box, at least one of you asked?  A short story follows.

Some weeks back, there was a brief flurry of activity on the Yahoo list dedicated to Too Fat Lardies’ Napoleonic rules, Le Feu Sacre.  A number of the list members were talking about moving on to other Napoleonics rules and playing in bigger scales.  There was talk of people selling off their collections.   Well, last year I made some tentative steps to get into this period, ordering a small number of French 6mm figures from Baccus.  I painted some artillery up and then a move and other things distracted me.   It dawned on me that this would be a very slow way to get into this period, even at a small affordable scale.

So I made some inquires on the LFS Yahoo list, and a gentleman in Texas got back to me promptly.  He had a large collection of 6mm figures, all by Adler, all painted to a decent standard, a good mix of French, Austrian and Russian.  Was I interested?  With Mrs. Padre’s blessing, we haggled a bit, agreed on a prize, and after several weeks, the mailman staggered up our snowbound street, as seen here from our kitchen window.  Yes, it’s a white hell out there, and God bless the posties who go out in this lot.  At least, they will for a few more years, until the government  sacks them all and makes us walk through Canada’s weather to pick up our mail at so-called "super boxes".  Yes, mail delivery to the door is going the way of the penny.  But I digress. 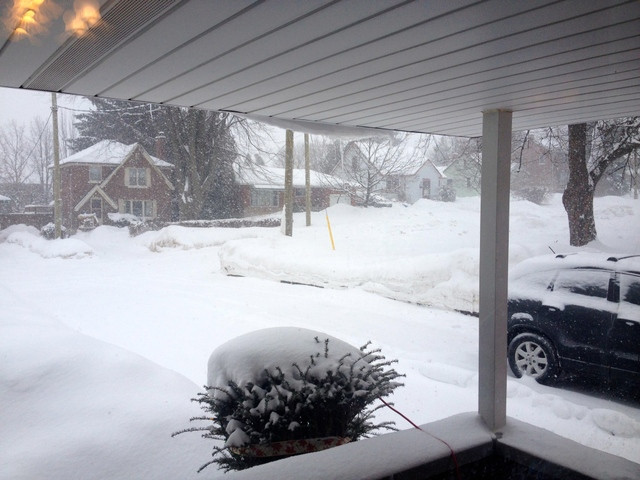 The box I showed last night contained a mess of styrofoam peanuts, nestled in which were these ten smaller boxes. 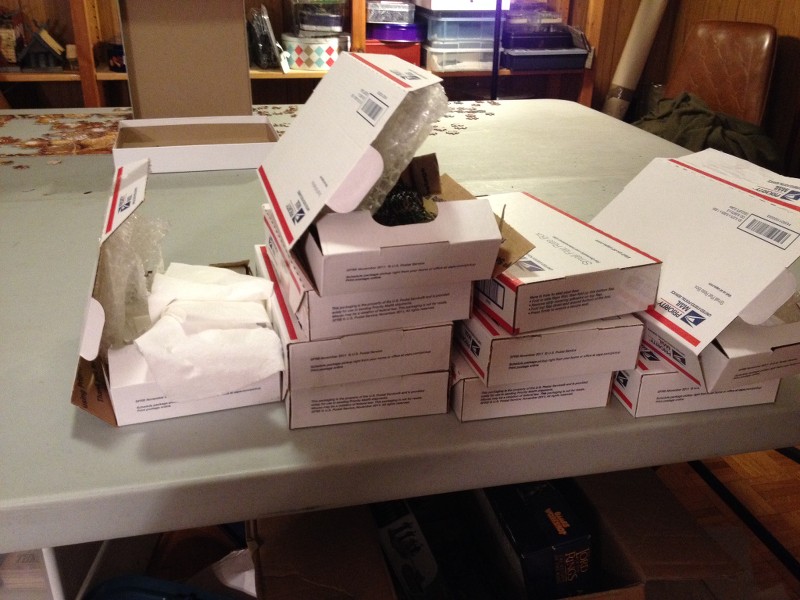 I haven’t opened all ten of the boxes yet, but here are the contents of a few.  I was pleased at how carefully the vendor had packed them, and how well they survived the shipment. 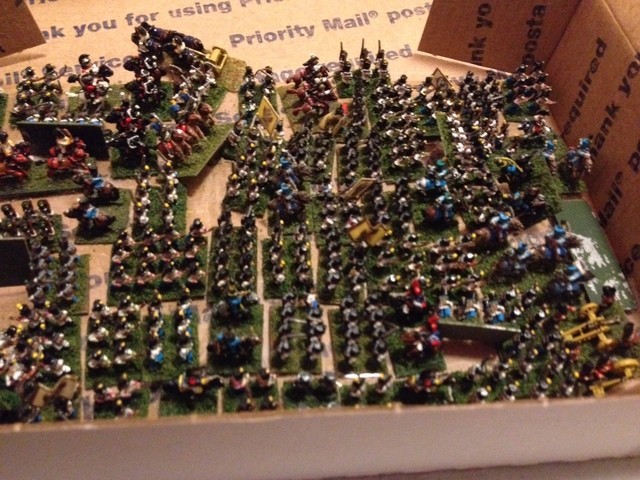 Napoleonics, Mr. Rico!  Zillions of them! 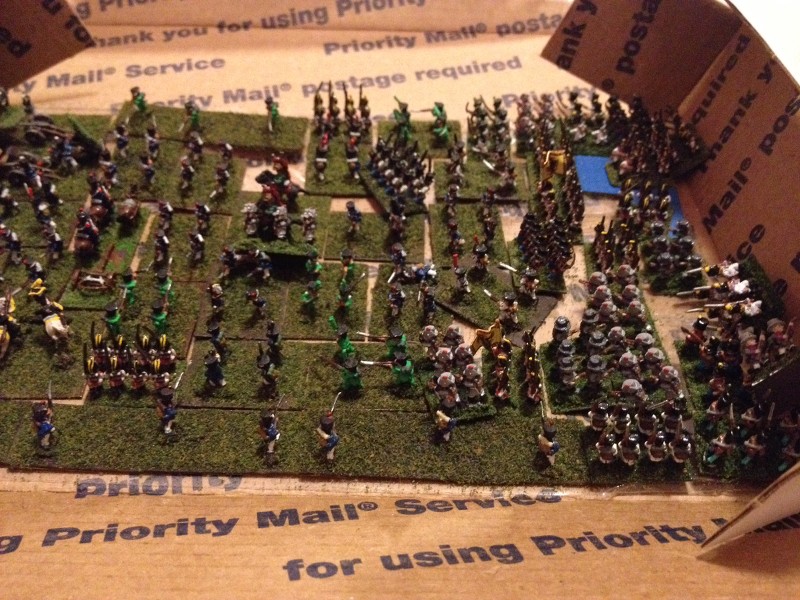 Now here’s the rub.  I love this era but haven’t really been to school in it.  I know a little about the French and British armies, but that’s about it.   I have what I am led to believe is a good reference book en route, but I don’t know a lot about the French and their eastern adversaries.   For example, these fellows.

Clearly many days of sorting these chaps lay ahead of me.   Then will come some big decisions.   Since they are all based in small groups, will I rebase them, or at least, combine these small bases into larger, brigade sized stands?  I’ve had a look at the Baccus rules and the larger, Corps d’Armee set favours big bases.  That might be easier and would prevent wear and tear on the figures.  And I’ll need more scenery as well, as what the sum total of my 6mm scenery are two Baccus models, both quite nice.   I also don’t see as many cavalry as I would like, so that will be an ongoing project.   One can’t do Napoleonics without hordes of cavalry running amuck.

This will be an exciting project, to be sure.  Expect me to post more pictures of these little fellows and requests for IDs quite often.

Zut alors, this is exciting!