Mail (and Karma) Coming and Going

I was pleased this week to receive a package from Sweden, courtesy of young Joakim The Miniatures Man, as I was one of the lucky winners of his blog contest.   Now I had no idea of the Canadian dollar - Swedish kroner exchange rate.   I looked it up, and 72 kr is a little over $12 in my money, so a very substantial act of generosity on his part, for which I am heartily grateful. 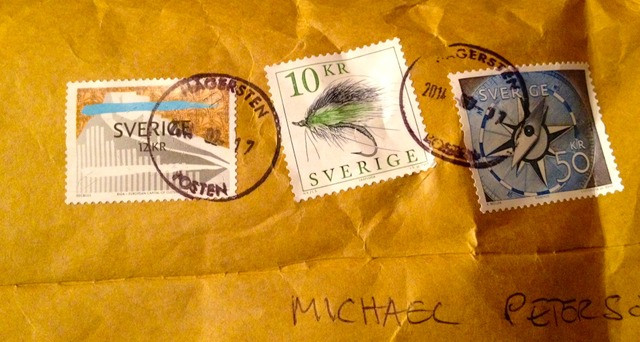 The generosity extended to the contents.  Inside was this terrific and somewhat ancient GW 40K model, an Ork Deffkopta.   I have several of these in plastic from when my son and I played this a lot, and it is rather remarkable to see so much metal in a kit these days.  I also have no idea of what this kit might be worth to a serious 40K collector.

Since I did a giveaway on this blog last year, and may do one again soon, I can imagine the pleasure that it gave Joakim to package this up and post it to someone that he has never met in person.  I felt the same pleasure, especially seeing some of my painted work show up on other people’s blogs.  It does one good, and it is one of the pleasures of belonging to what Kinch calls the freemasonry of the hobby.  Long may its spirit continue. 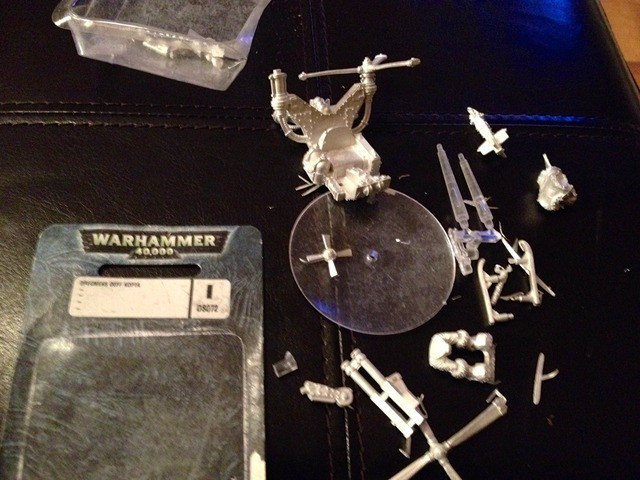 In that spirit, Foy and I were talking about tactics and battlefield psychology recently, and the subject of Paddy Griffith’s came up.   On learning that Foy wanted a copy of PG’s important work, Battle Tactics of the Civil War, a work that any student of the period should know, I remembered that I had two versions, one a copy of the book proper that I bought at Antietam last year, and then this abridged copy that I’ve had for several decades now.  Back in 1995, when computer games came in boxes with actual printed manuals, a company called Empire Interactive released a  Civil War game that actually shipped with this book.   I vaguely remember that the game, which was DOS software, had very primitive graphics and was a strategic game with some lame battlefield tactical bits.   Someone actually thought it would make sense to put a book by an honest to goodness scholar in the box  - perhaps they thought of Griffith, a Sandhurst lecturer, because EI was a UK based company?  I wonder if  EI actually made any money on the game by including this book?  I hope Paddy Griffith got something for the deal. 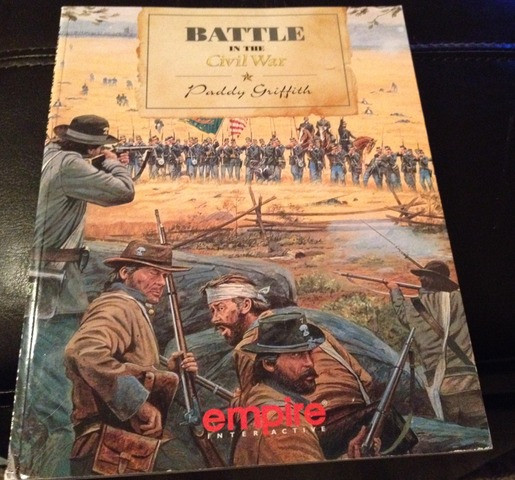 The cool thing about the book was that it is chock full of some terrific line drawings by Peter Dennis on the war and its conduct.  Here’s a sample. 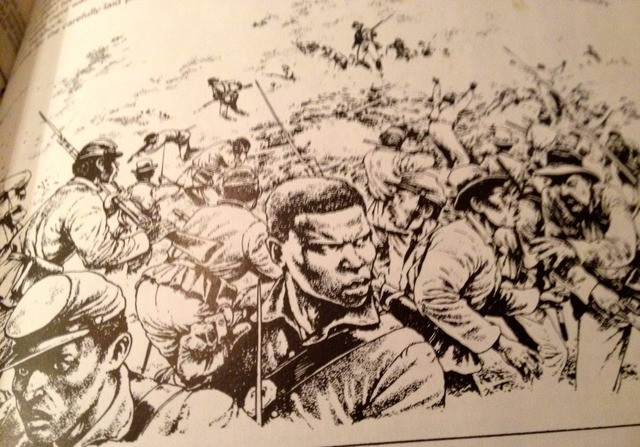 There’s enough of the original Griffith book to get the sense of his argument.  So, off it goes to Foy tomorrow, and a small package of karma from Sweden is bounced on to the UK, the karma chain keeps going.   I find this sort of potlatch culture to be one of the more rewarding aspects of our hobby.

Blesssings to your die rolls and paintbrushes!