Imaginations, Silly And Otherwise, Are Good For You

This fellow on the horse with the gold crook is His Beatitude, Michael, the Archbishop Metropolitan of Freedonia, beating, I mean shepherding, his household regiment into battle.   His Blessedness was my alter ego on Saturday when I was kindly invited to hang out with my friend John (another wargaming pastor), his lovely wife Beth, and their friends for one of their delightfully lighthearted Imaginations Seven Years War battles.   How lighthearted was it?   Have a look at John’s report here, find the Freedonian commander with the long scarf and the mechanical dog, and you’ll see what I mean. 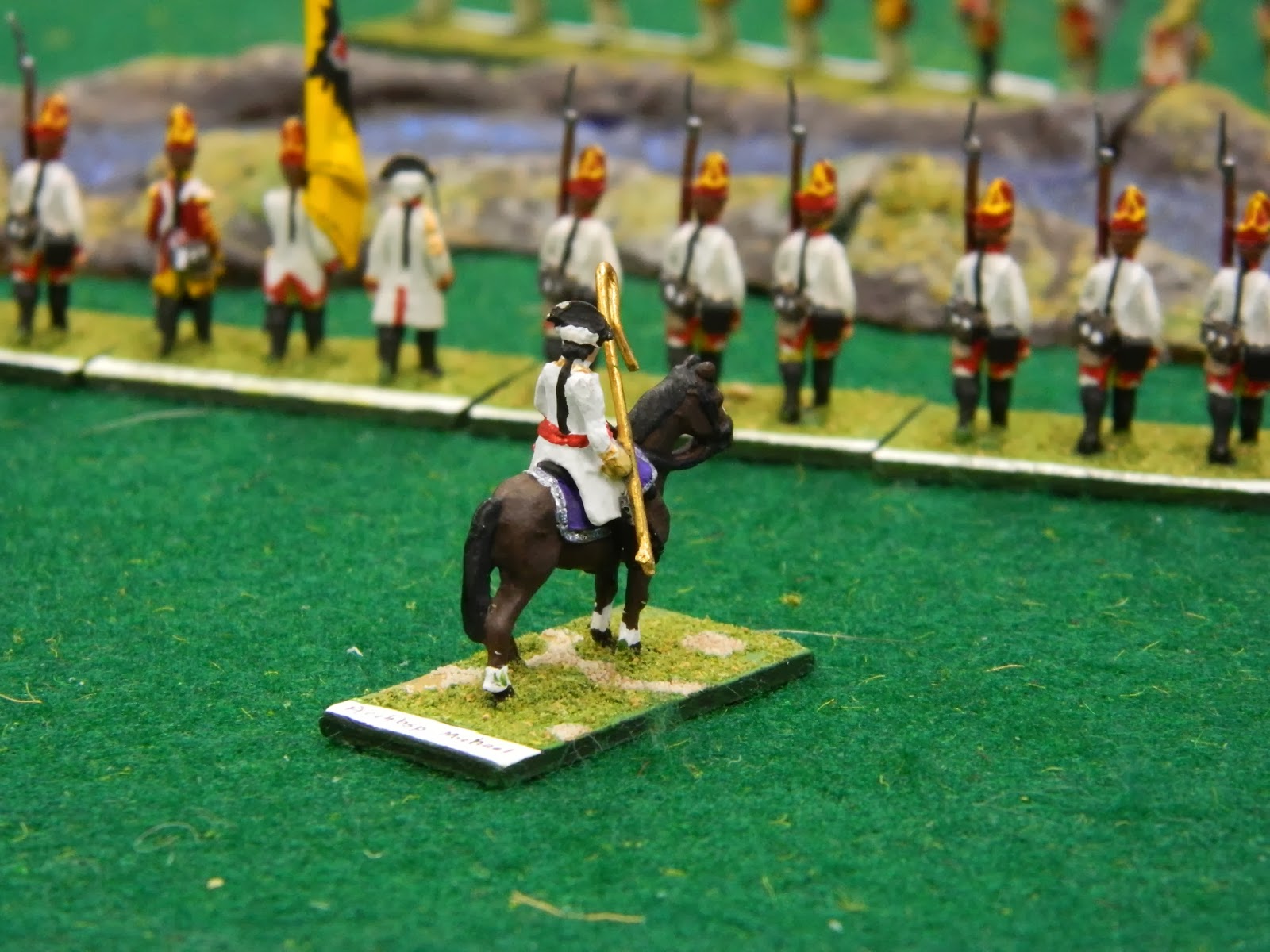 As an aside, the rules used were an old friend of mine, Age of Reason by Todd Kershner and Dale Woods.  It’s hard to believe that these rules were first published in 1995, almost twenty years ago.    I was in a club that used these rules extensively for several years, and I was pleased at how well they have stood the test to time.   AoR has steps, like multiple morale tests, that are reminiscent of WRG’s systems from the 1970s and 80s, and once you get to know the tables can have a predictable quality.    The random brigade activation system, managed by playing cards, introduces a degree of friction, though fans of friction may want to look at Maurice.

But I digress.  Back to Imaginations.   One of the great pleasures of my youth was drawing maps of fictitious places.   Inspired by the maps of Tolkien’s books, I drew maps for various D&D campaigns, and have been known to draw the odd map even today.   Some of my favourite wargaming blogs involve imaginary lands that are richly and whimsically thought out - Stollen and Tradgardland to name but two.

Why do we get such pleasure out of imagined places and history when there are so many times and places in history and geography to explore?  You could read my random thoughts on this, or you could track down a book by the scholar and author Umberto Eco, in his Book of Legendary Lands.  As Eco notes, people like us have been drawing maps of imagined places since the middle ages, for the same reasons we do today, control and certainty, and the same pleasures we get from fiction, “for in fiction everything is precisely and unambiguously as it was intended”.  Eco writes:

“The possible word of narrative is the only universe in which we can be absolutely certain about something, and it gies us a very strong sense of truth.  The credulous believe that El Dorado and Lemuria exist or existed somewhere or other, and skeptics are convinced that they never existed, but we all know that it is undeniably certain that Superman is Clark Kent and that Dr. Watson was never Nero Wolfe’s right hand man, while it is equally certain that Anna Karenina died under a train and that she never married Prince Charming."

Or, to put it another way, while we can be certain that Freedonia, Stolen, and Tradgardland will never be found on the same map, they are all real places, and it does us good to visit them.