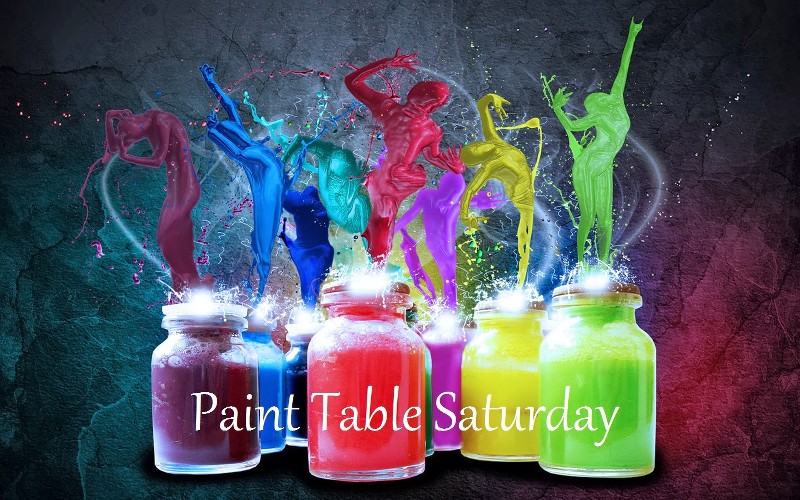 Hello fellow painters!   Not a lot to report these past few weeks, so pretty much the same cast of character on the painting bench.  The good news is that my hussars finally got together and agreed on their uniform colours, and presented me with their list a few nights ago.  The Ottoman Spahis are still arguing amongst themselves, but seeing as the red was out for two of the hussars, red will also be the dominant colour of the Spahi commander.  Also today I was able to go by my favourite model store in London, Ontario, and was able to pick up some Vallejo Luftwaffe Uniform for the lady pilot on the bottom right, a Bob Murch Pulp Figures casting.  She will be a recruit for my Weird War Two collection and just needs an aircraft.  Tamiya makes a nice 1/48 scale Fieseler Storch that she should be able to fly, I think. 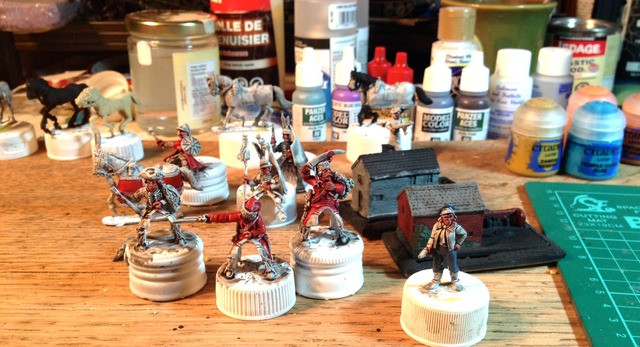 What isn’t seen on the paint table, but which ate up some precious hobby time in the last few weeks, was getting the stickers peeled and put on the blocks for the GMT Command and Conquer Napoleonics basic set (a Herculean task) and starting the assembly of a box of PSC 15mm Russian infantry in summer uniform.   For the later, I did some quick priming using my new air brush compressor, which was a great success.  They may get featured here on a Saturday soon.