My Weird War Two project has been slowly growing over the years, even if I’ve never actually played a game with any of these figures - yet. 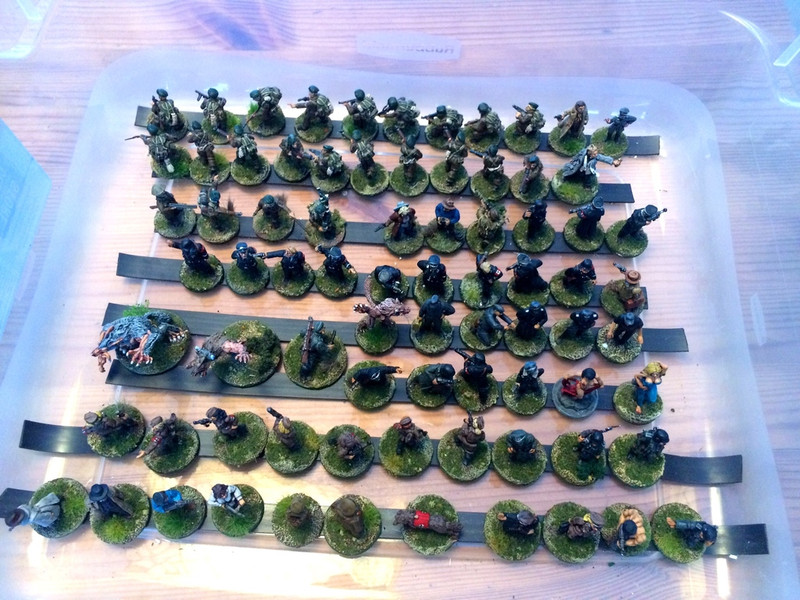 Hopefully that will change soon.  Here are some heroes and heroines who will struggle to prevent unspeakable dark forces from being unleaded on the world by the occult and ancient evils which the Reich has awakened and made its faustian bargain with.

When Mademoiselle is not waitressing at a well known Cafe frequented by high ranking Germans, she is part of a special Resistance network that assists Project Alice’s agents as they learn the scope of the Nazi’s occult projects. 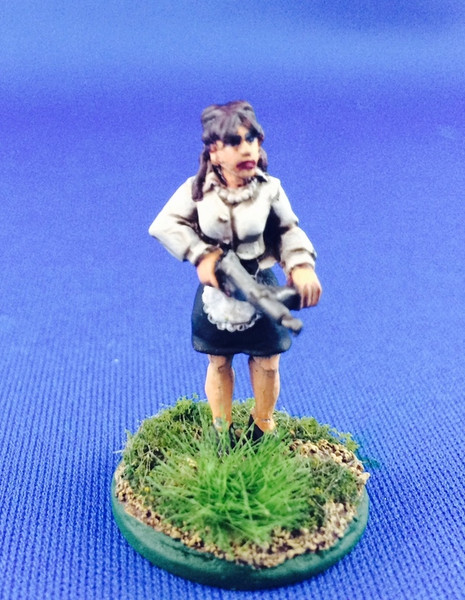 Her undeniable charms have distracted more than a few would be suitors, until too late they see the business end of her Sten gun. 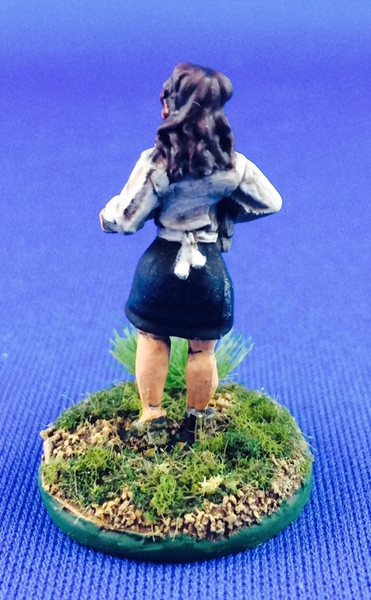 I am a huge fan of the TV show these three characters are clearly inspired by.  Any guesses which show it is? 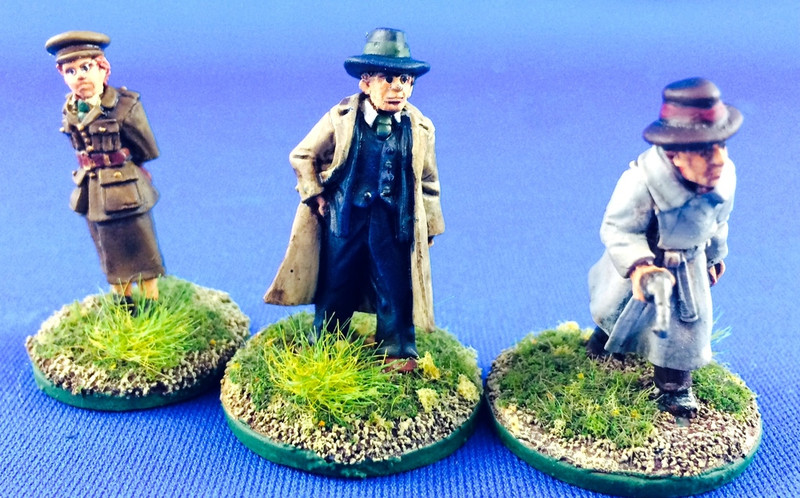 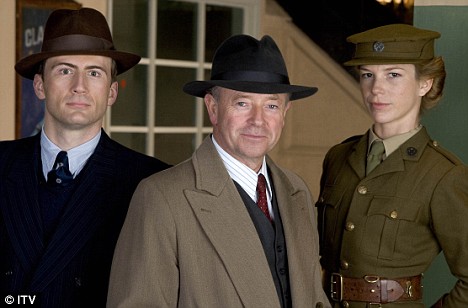 I’ve tried to capture Foyle’s wonderful camelhair overcoat and his blue fedora, and usually Millner wears a grey overcoat with a brown suit and hat.  The Milner/Milsom figure is curiously cast as if he has a slight limp, which fits the character seeing as Milner lost a leg while fighting in Norway before returning to the CID.   In the TV shows, after a while it’s as if he grows his leg back, because Milner gets quite spry in the later seasons. 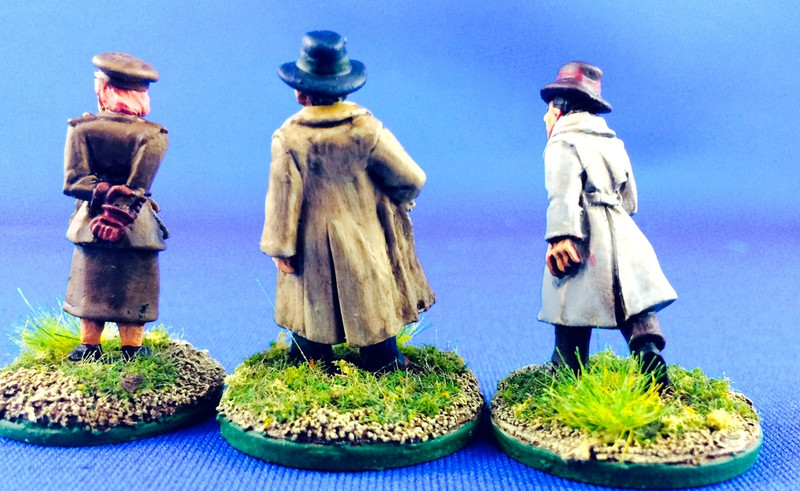 The police, Detective Inspector Barnaby (couldn’t resist, lots of talk of late about Midsomer Murders) and his assistant, Sergeant Jones, will have top-secret clearance to work with Project Alice on occult incidents manifesting themselves in Britain.   The ATS driver (is there any actress lovelier than Honeysuckle Weeks?) captures the pluck of Sam Stewart’s character, and even has her red hair.  When she’s not driving the detectives around, she might act as the assistant, Katherine Putnam, for Brigadier Kenneth McAllister, commander of Project Alice and it’s military arm, S Commando - some of you with long memories may remember meeting her and the Brigadier here.

Putnam don’t take no crap from Nazi bad girls.  No other excise for this photo than to show how well Artizan figures mixl with Bob Murch’s Pulp Figures. 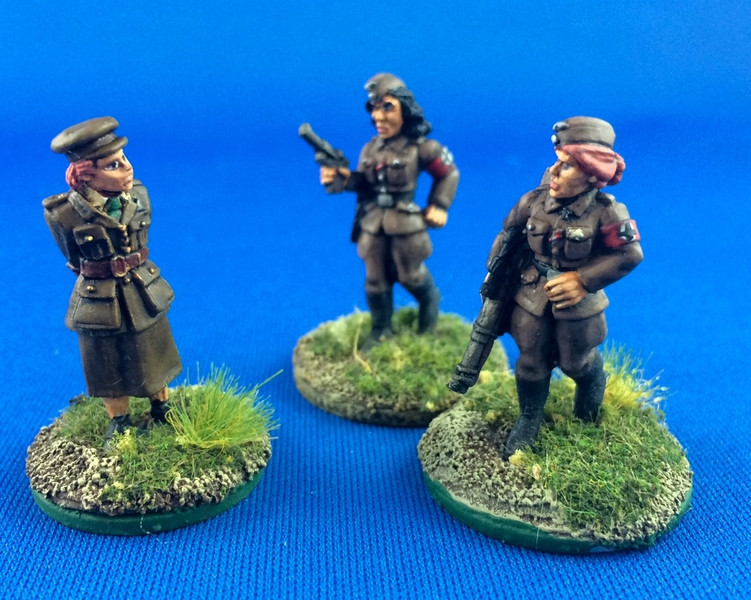 Don’t let his rotund appearance fool you.   As a young subaltern in the Midsomer Regiment, he won the MC for taking command of a decimated battalion as the sole surviving officer during the Retreat from Mons and led his men back to safety.   As a staff officer assigned to the Canadian Corps, he was involved in the incident (officially denied by the War Office) of the Werewolf of the Trenches, the backstory for the Rockies Ablaze, which is the backstory to my Weird War 2 project.  But I digress.    Because of his experience of the occult, McCallister was picked to head Project Alice, and his network of contacts, including DI Barnaby (a CSM in the Midsomer Regt during the Great War), has proved invaluable as he put his team together. 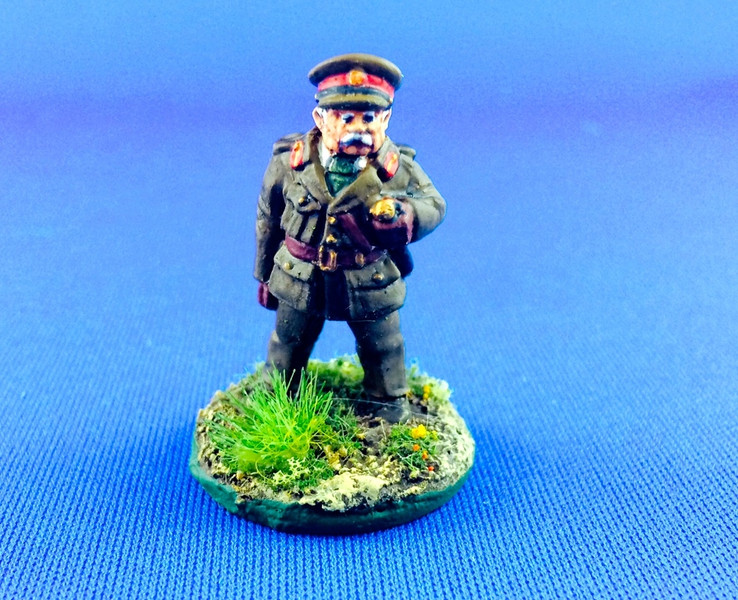 Painting this figure makes me want to watch the Life and Death of Colonel Blimp again. 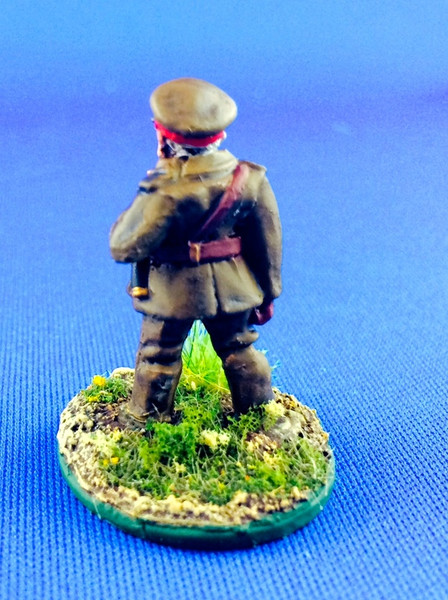 OK, lots of fluff for just five figures.  Thanks for being patient if you got this far.