Here are the results of the 1904 Adjustments Phase for all you Diplomacy fans out there.  At the end of eight turns. Germany leads the game with 10 Supply Centres, while Turkey follows with 8, Austria with 6 and Italy with 5.
A new English player has replaced the original player, and Russia is now declared in Civil Unrest as the Russian player has dropped out.
Results for Fall, 1904 (Adjustment) 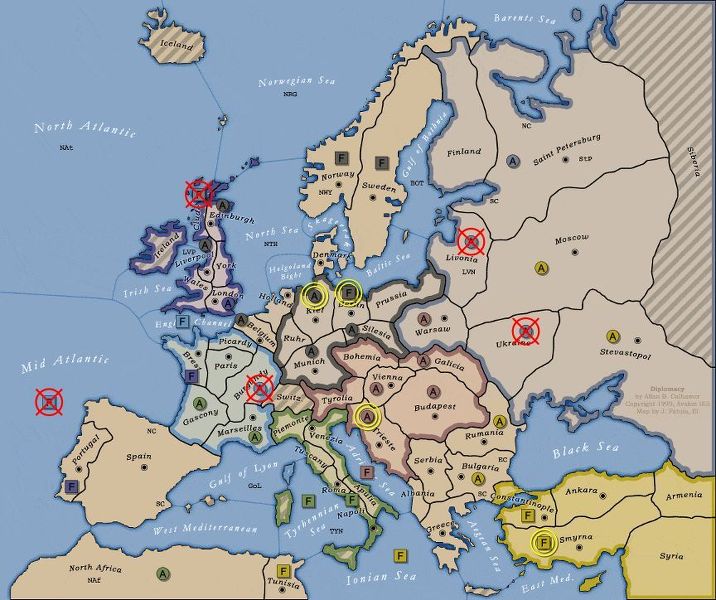 Here are the results.   Russia’s last unit is an Army in St. Petersburg, and France’s last unit is a Fleet in the English Channel.   England holds grimly on to London, while the Royal Navy holds the Mid Atlantic coasts. 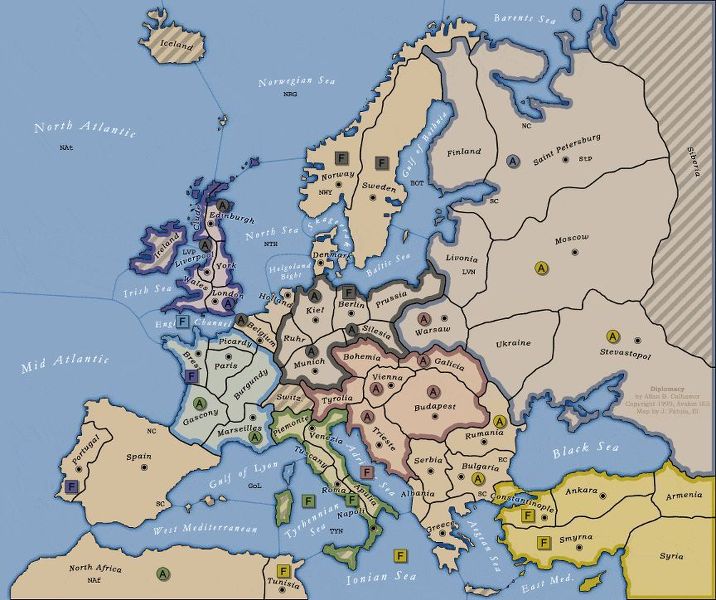 Will the war between Turkey and Italy heat up after Turkey’s capture of Tunisia?  Will German and Austria escalate their war over Silesia and Bohemia?   Find out more next weekend when the Spring 1905 orders are due!