Diplomacy Game: Spring 1904 Results Are In

Results for the Spring 1904 Turn (Turn 7) of our PBB Diplomacy Game are now in.

Austrian and Turkish troops movements indicate a high degree of trust between the two powers, while Italy appears to be taking a prudent stance as the Turks move into the neighbourhood.   Russia’s fortunes continue to ebb, and more German troops arrive in a quiescent England.  France continues to fight on, though once again Marseilles changes hands.

The Daily Dissembler is tracking all this mayhem. and there are rumours that Miss Amelia Roosevelt has taken the Orient Express to seek an audience with the Sultan. 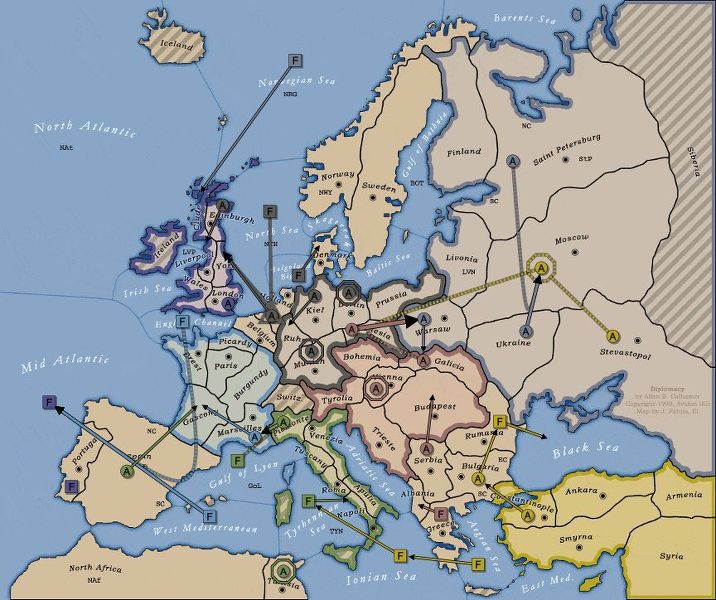 No order for unit at London. Hold order assigned.

No order for unit at Mid-Atlantic Ocean. Hold order assigned.

No order for unit at Portugal. Hold order assigned.

A mos Supports A sil - war Support cut by Move from Ukraine.

We are now in the Retreats Phase.  The following units must retreat: