On his blog recently, Dai, a good friend of this blog and a good mate, was lamenting the tedium of batch painting.   Having almost finished 42(!) 6mm Napoleonic cavalry, I can well relate.  Sometimes it’s a welcome break to focus on one figure and lavish it with attention and with all one’s meagre talent (speaking purely for myself).  Hence, I present “Herbie”, a WW2 Canadian infantryman, named for the wartime cartoon drawn by Bing Coughlin and published in the Canadian Army newspaper The Maple Leaf.  I don’t think there was ever a widely adopted nickname for the Canuck soldier in that war, comparable to “Tommy” or “GI Joe”, but “Herbie”, Coughlin’s bewildered and misfit hero, seems to fit. 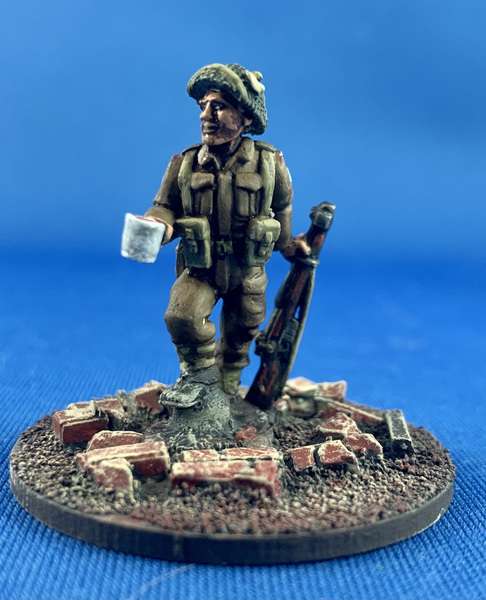 This figure is perhaps too martial and competent looking to be a “Herbie”, but I think that’s the name that stuck when my mate James got Canadian sculptor Bob Murch to design him as a registration gift for the 25th anniversary of the SW Ontario miniature gaming event, Hot Lead.  Here he is enjoying a brew (tea, hot, sweet, with a dollop of evaporated milk), his foot propped on a German helmet, in the ruins of some unfortunate city.  He wears the light blue shoulder patch of 3 Division and the “turtle” helmet issued before the Normandy campaign. 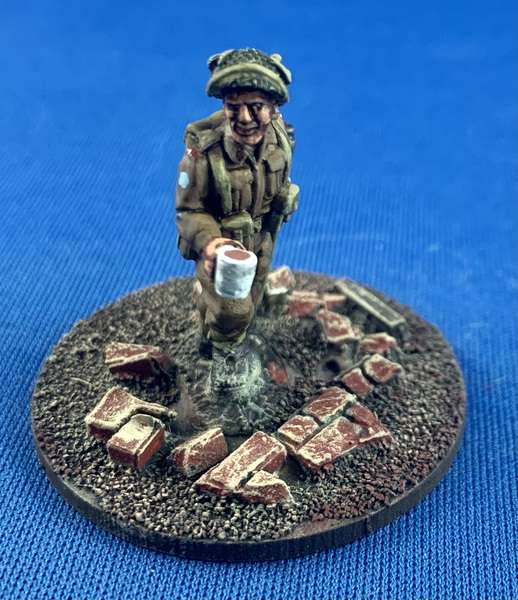 Herbie will not be a gaming piece, but he’ll grace a bookshelf and perhaps be the image of the Canadian Wargamer Podcast, which James and I are dreaming up and which may see it’s inaugural episode recorded tonight.   Stay tuned for more. 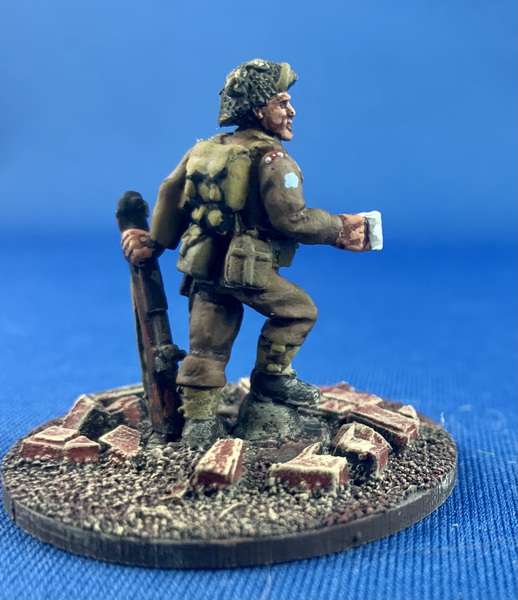