As a rule I disapprove of super-monstrous units on the wargaming table.  My WW2 collection only has one 15mm and 1 20mm early-model Tiger tank, and you will search my collection in vain for a Maus, JSII, or King Tiger.   I confess I look askance at people who are all too ready to put such figures, or a French army consisting of just the Imperial Guard, on the table.  It’s just not right.   If you can’t eke out a win with PzIIIs, T34s or line infantry, then you aren’t really trying.   OK, I’ve confessed my prejudice, feel free to disagree.

However, if one is going to do the Lord of the Rings in a large way, then there are certain epic fights where you want a Nazgul lord on a horrid flappy mount, because if nothing else, you want to motivate your orc hordes to throw themselves onto the bright spears and swords of their noble foes.    When I found a Battle of the Pelennor Fields box set in my local games store at 50% off because, said the owner, no one wants this stuff anymore, I jumped at the opportunity, because it included a number of large models in plastic, including this guy. 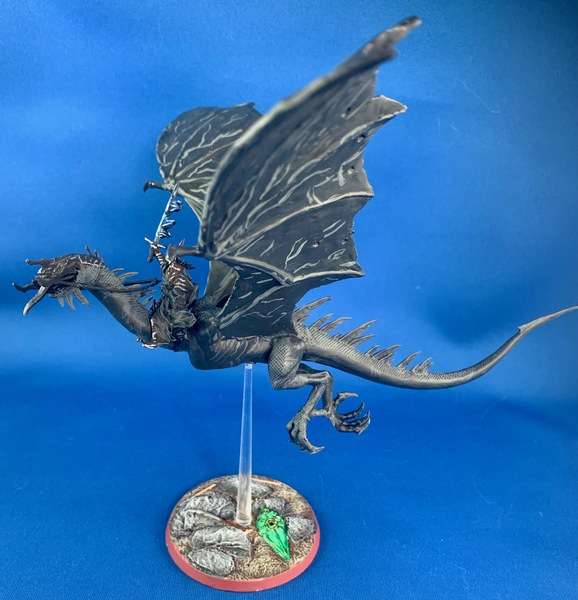 I didn’t put a massive amount of work into the painting.  I started with an undercoat of Vallejo German Grey primer and then drybrushed with several lighter shades of grey craft store paint.  I picked out the veins in the wings with a medium grey.   The Ringwraith was black with successive shades of grey highlights on the folds of the robe, while his armour was Citadel Warplock Bronze, then a wash of Nuln Oil, then a dry brush of gunmetal.  I put the most work into the ringwraith’s sword. 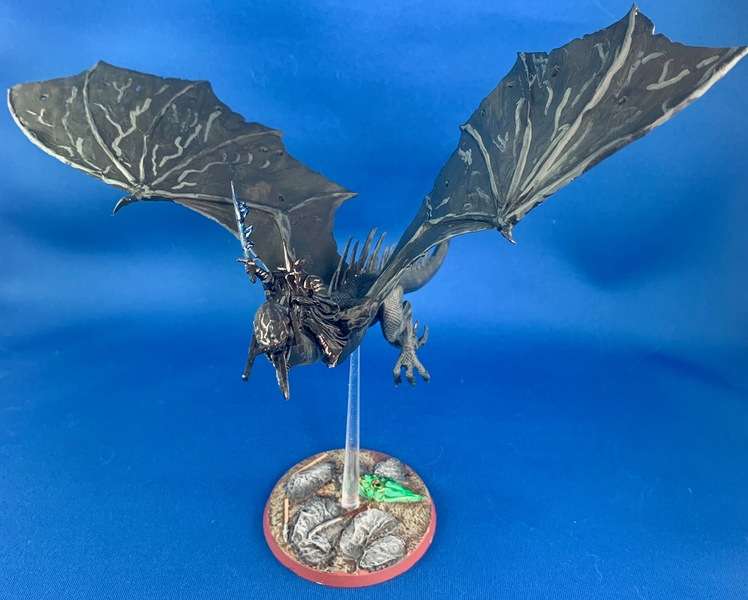 I think most of my effort went into the detail on the base, to be honest. 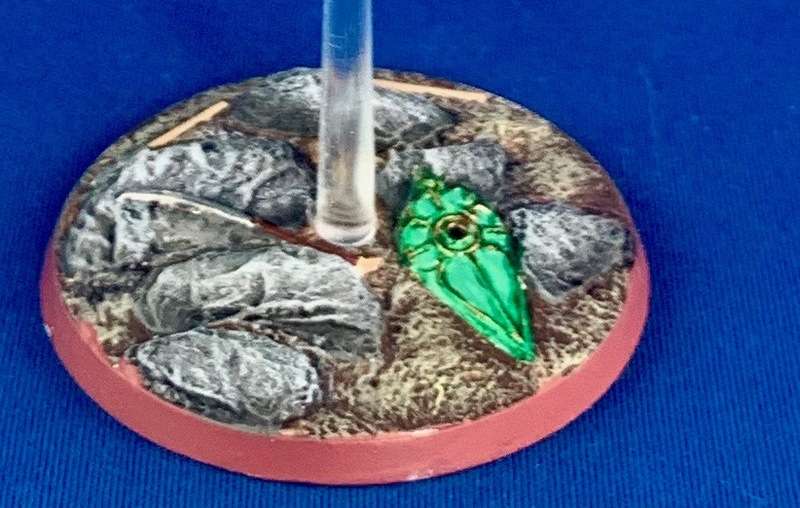 This figure will mostly sit in my display cabinet, but if it ever makes it onto to the table, it would only be for a very large scale battle.   If using Dragon Rampant (my friend James and I really haven’t found a better set of rules for big fantasy battles), I would give him the Goader ability to make the two closest units move automatically, as well as make Good units within a certain radius (at least a foot, I would think) check for Fear unless an equivalent hero like Gandalf was on the table.