Solid progress on the Napoleonic front this week.  Two regiments of tiny Austrian hussars from Baccus (their code NAU08) were mustered into their Kaiser’s service.   While my painting style is somewhat generic in this scale, these are done to represent the No 8 (Wurmser) regiment in the green (left) and the No 11 (Szekler) regiment in the dark blue (right), though really, they’re just happy to portray any Austrian light cavalry as required. 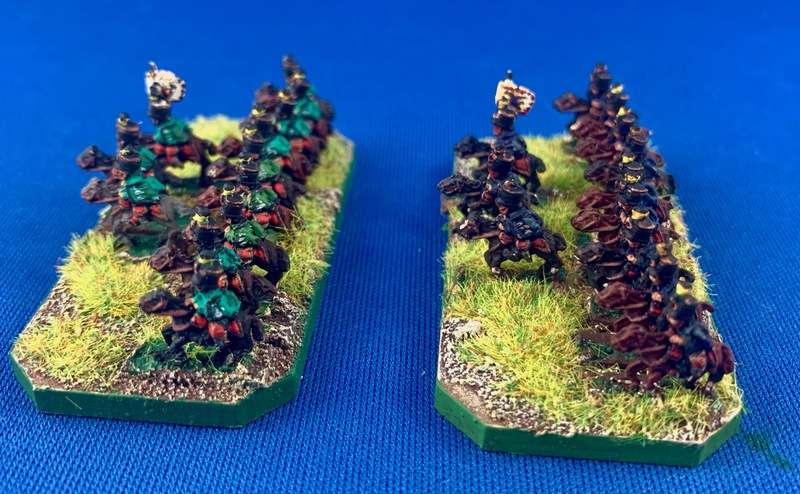 Honestly I don’t know a lot about these Austrian regiments, but Haythornthwaite and Fosten, in their Osprey Book on the Austrian cavalry, note that the Szeklers were pretty tough customers who “enjoyed a reputation not only for elan but for an uncompromising attitude;  Marbot, for example, claimed with some disgust that the Szeklers were responsible for two attacks upon French flags of truce, assassinating the French plenipotentiaries at Rastatt in 1799, and cutting up the French delegation outside the gates of Vienna in 1809”.    Charming fellows. 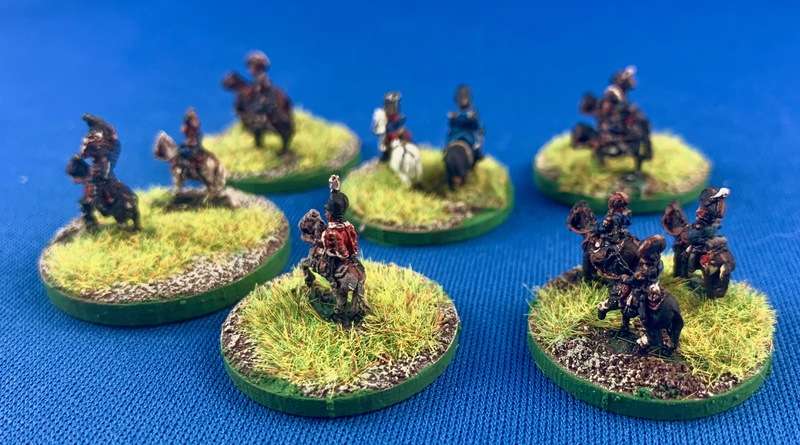 Finally, as today is the 200th anniversary of the death of l’Empereur, here is Napoleon and his glittering staff, just in case the Great Thief of Europe is ever needed on the tabletop. 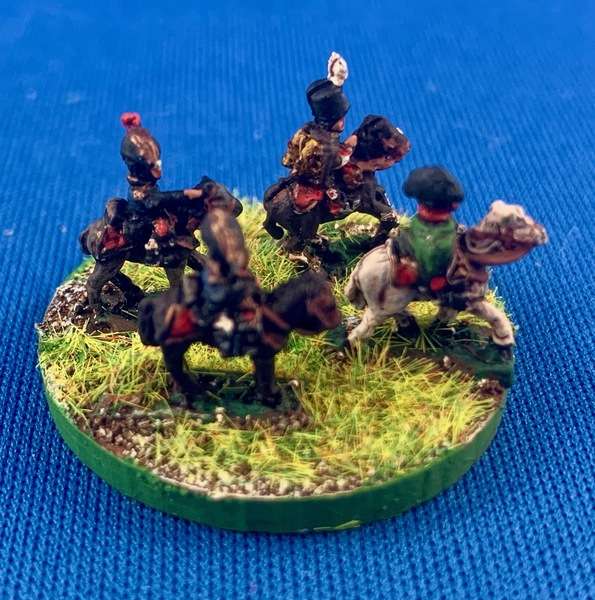 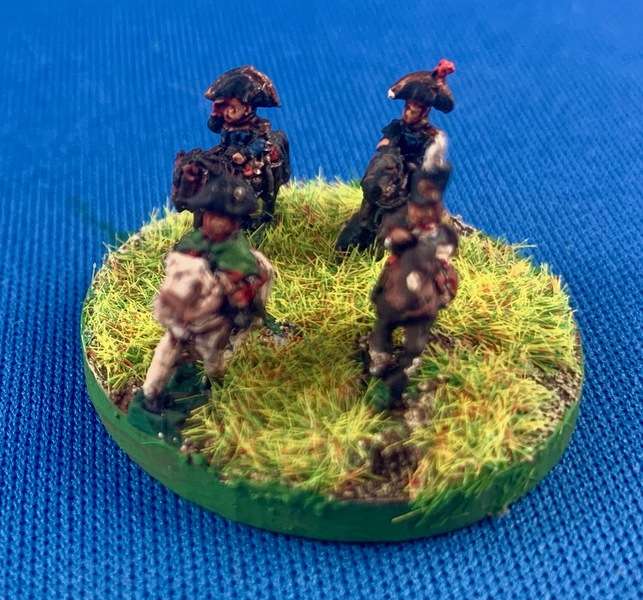 Thanks for looking.  Blessings to your brushes and Vive l’Empereur!