Some Napoleonic Kindness and Some Classic Rules

Last month and a bit ago I entered Max Foy’s photo competition and was delighted to win my choice of some lovely prizes.   Being late to the whole Napoleonics scene, I opted for a copy of one of the classic rules sets, Empire by Jim Getz and Scott Bowden.

I have only heard of these rules over the years, never played them.   My understanding was that Empire was famous in its days, and still has some grognard cred.  There’s a good discussion of Empire’s pro and cons by what seems to be a pretty knowledgeable fellow here.  Empire is a gorgeously produced artifact, with the print rules contained in a “Gold Hot-Stamped Imperial Green Leatherette 3-Ring Binder”. and some impressive charts and (gulp) counters.  The level of detail appears to be Grand Tactical, with Maneuver Elements (brigades) forming divisions and even 1 or 2 Corps represented on the table.

I have a bit of a soft spot for the Emperor’s Press logo printed on the box.   My own grognard cred, such as it is, includes a visit to this fabled wargames store in Chicago back in the late 1990s.   I remember driving for quote some time through semi-suburban neighbourhoods that looked like the opening minutes of The Sopranos, to find a store that was large but, even then, appeared to have seen somewhat better days.   I wasn’t touched by the Napoleonic bug then, I wish I had been because I am sure I would have enjoyed the visit more. 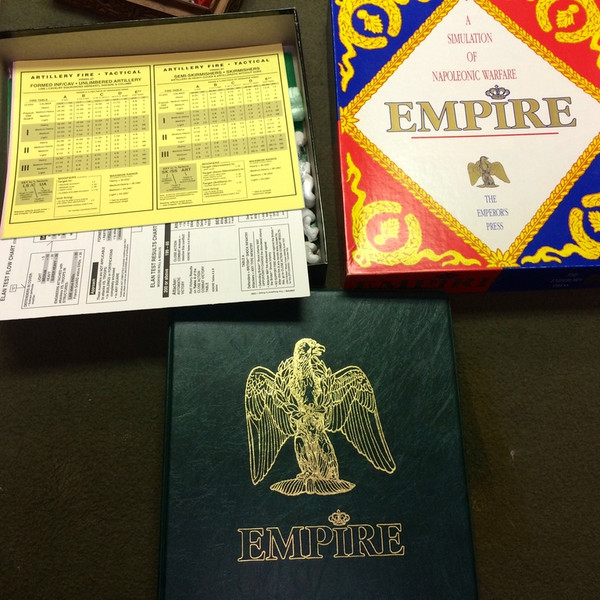 The other thing that Max Foy kindly included in the gift was an ancillary product, the Empire Campaign system.   This product was released in 1984 and includes a hexmap of Germany and a set of counters for Prussians, Austrians, Russians and French.  The rules include details for supplies, ammunition, sick and wounded, hospitals, and a myriad of other wonky stuff that would make a staff officer happy.   It is certainly a step up from the Scharnhorst system in the Sam Mustafa Blucher rules, that I was experimenting with recently.  It’s a beautifully produced map and counter sets.

I can also see some uses for this system in transposing it to the American Civil War.  That would be fun. 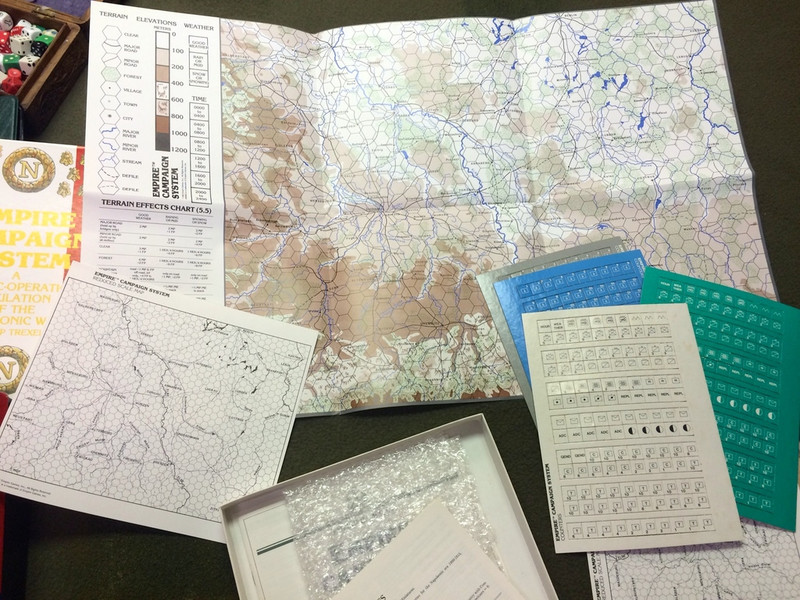 My thanks to Monsieur Max Foy for his generous present.  I will give these rules a good home and may even try them in the near future - I certainly hope so.

Anyone have any experience with these rules?