Back in November, His Grace the Duke of Tragardland sent me a very kind gift of some GW LOTR figures.   These were the real thing, proper metal models and not the overpriced plastic crap that GW now sells online, but that’s another story.

Included in the package were some Isengard archers, sculpted to resemble the raiding party in the second SPJ movie that captures Merry and Pippin.  Here are the snooty fellows, repainted to fit in with the rest of my force. 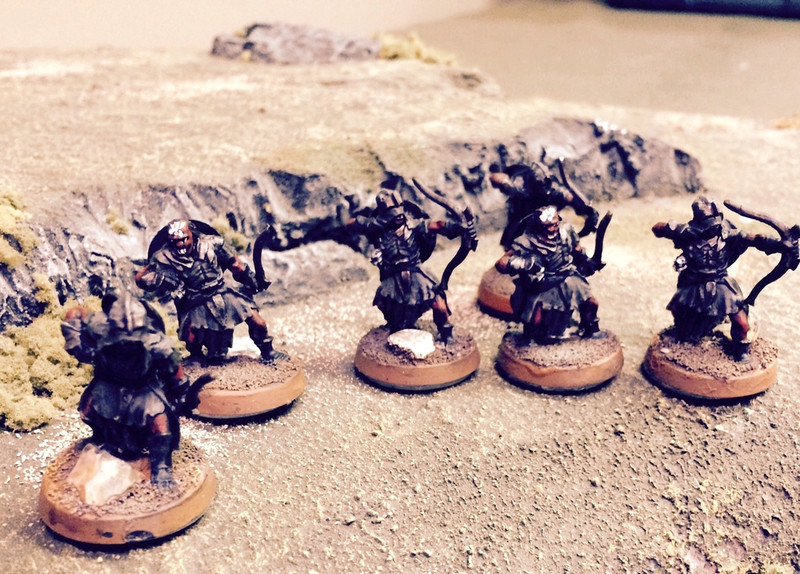 And some chasey chaps to run in front.  I like how the Duke had done some mods on these fellows, giving the one in the middle a giant war hammer and putting a crossbow on the back of the fellow on the right. 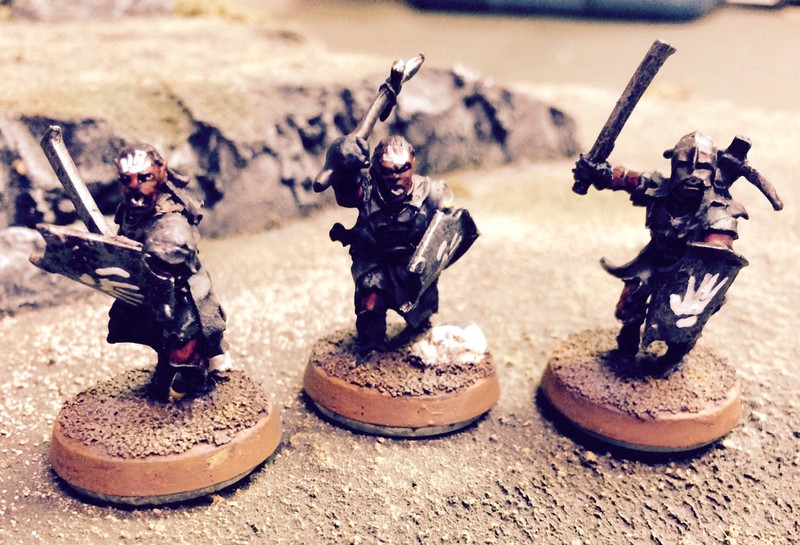 While I was working on this group, I finished two more plastic GW Warg Riders for Saruman’s stables.  Here are Cyril and Gervaise. 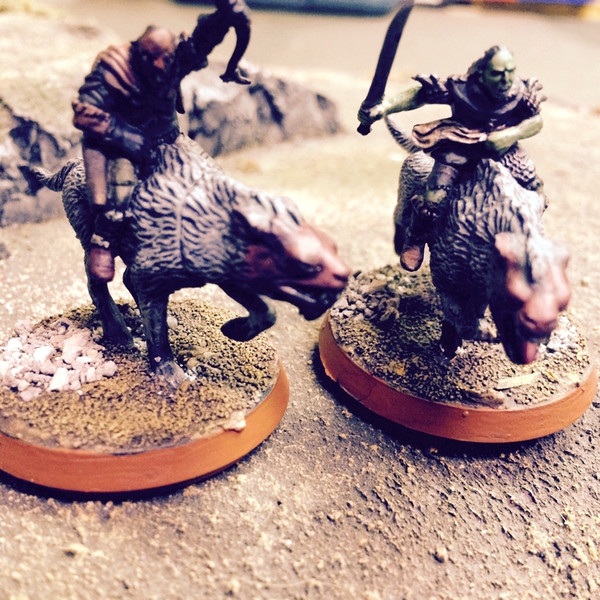 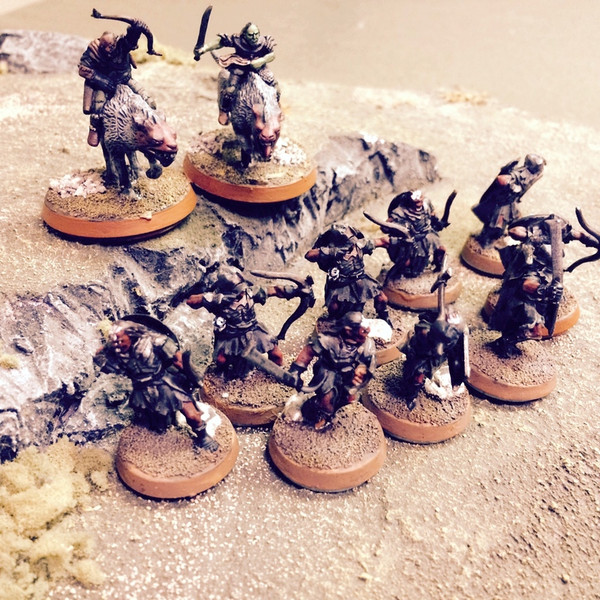 With these reinforcements swelling the ranks of Isengard, it’s a good thing that Rohan is looking to its defences.   Somewhere in the EastMark, this watch tower is being constructed.  Rohan archer and Catbeast of Mordor shown for scale. 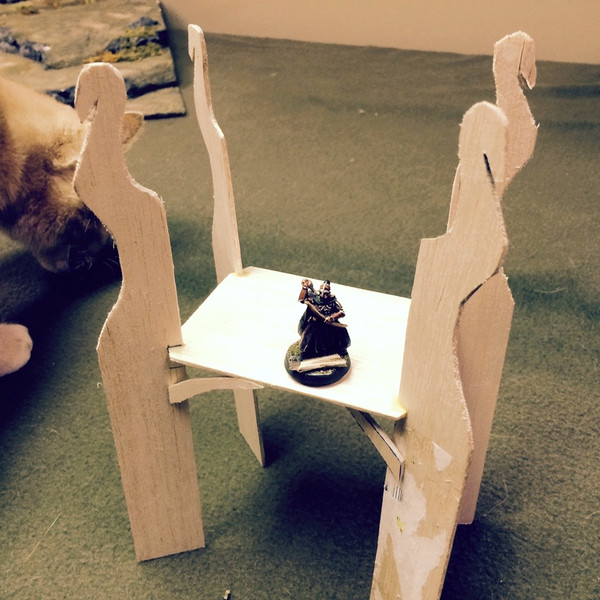 Many thanks again, Alan my friend, for this kind gift. I still have some chaps from that lot to finish.